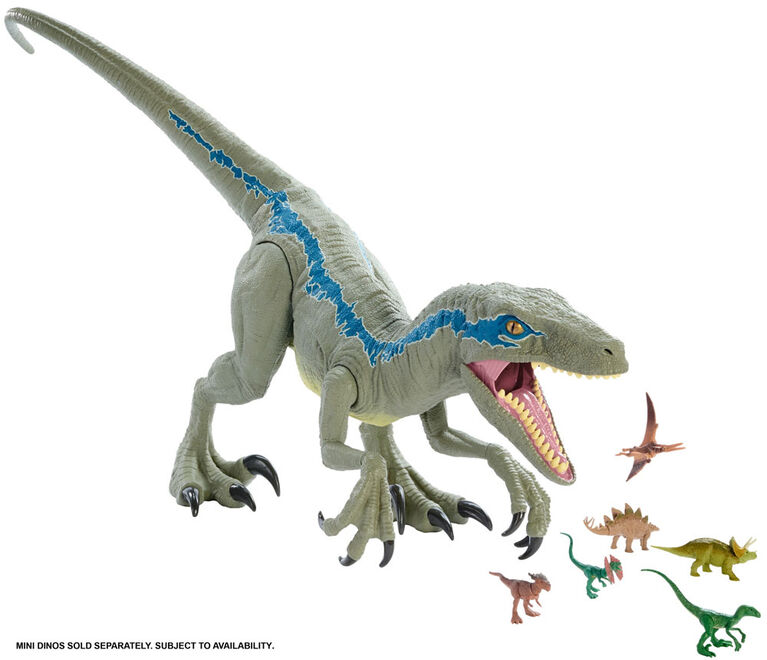 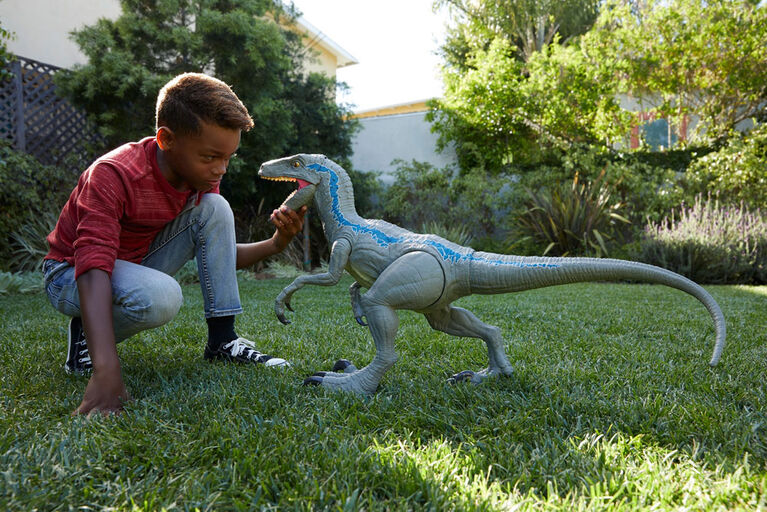 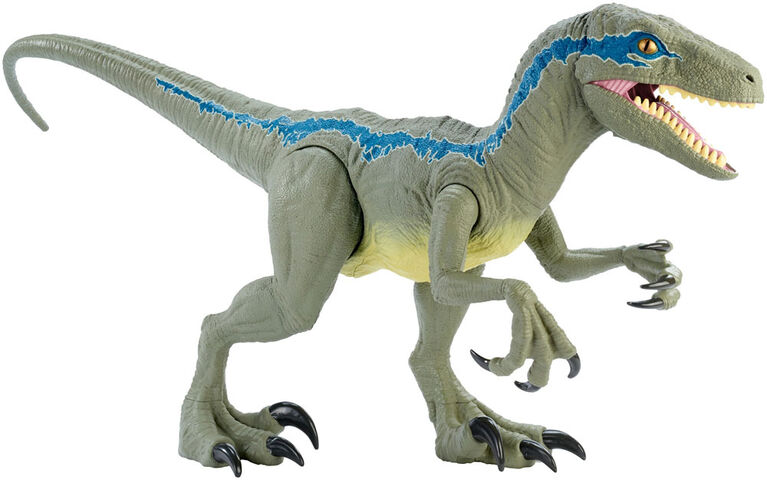 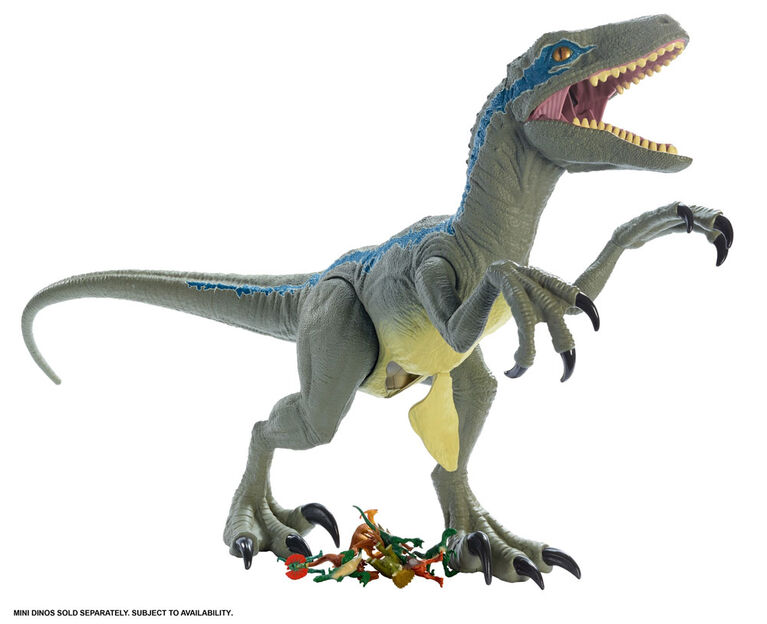 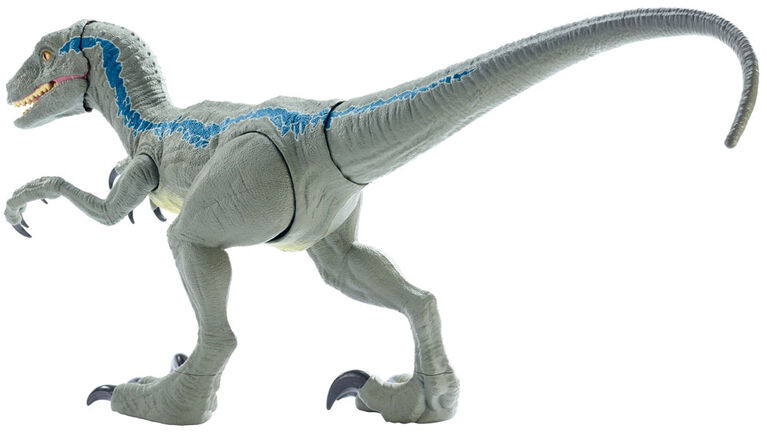 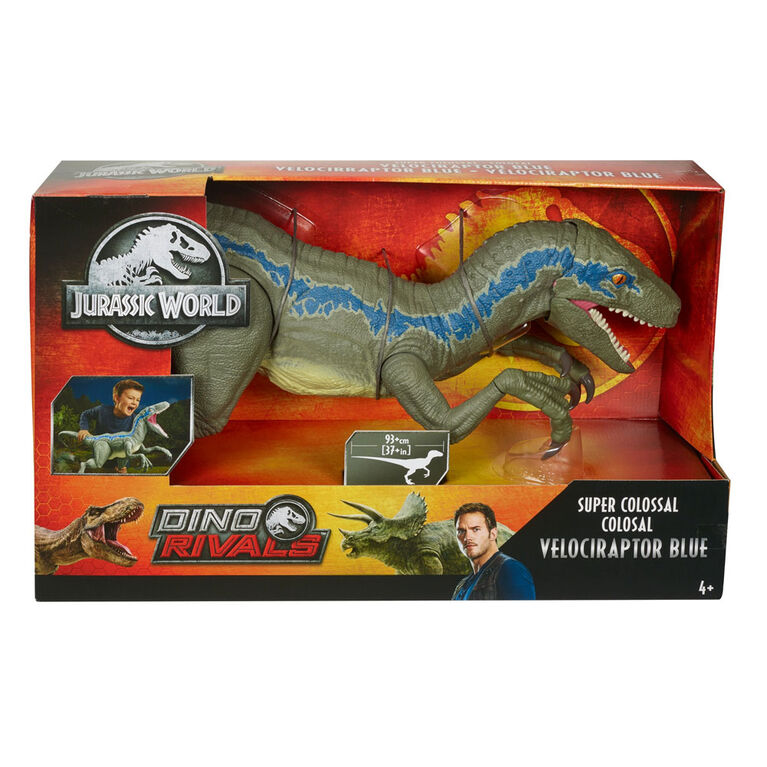 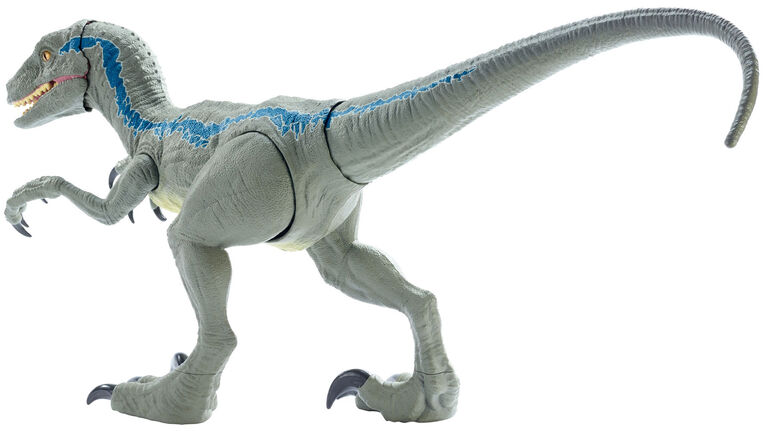 Pinch to zoom
Be a part of the Jurassic World adventure with the ultimate dinosaur for intense battle action! At approximately 18-inches high and more than 3 ½ feet long, this Super Colossal Velociraptor Blue figure is based on the Jurassic World fan-favorite character and features realistic skin texture and color including her signature blue stripe. Velociraptor Blue comes battle-ready with articulated arms and legs, extra-wide jaws that can open and close, and the ability to swallow up to 20 mini action figure dinosaurs whole (sold separately). Watch Out! To release the mini dinosaurs, open the door on the belly. Colors and decorations may vary. For ages 4 and up.