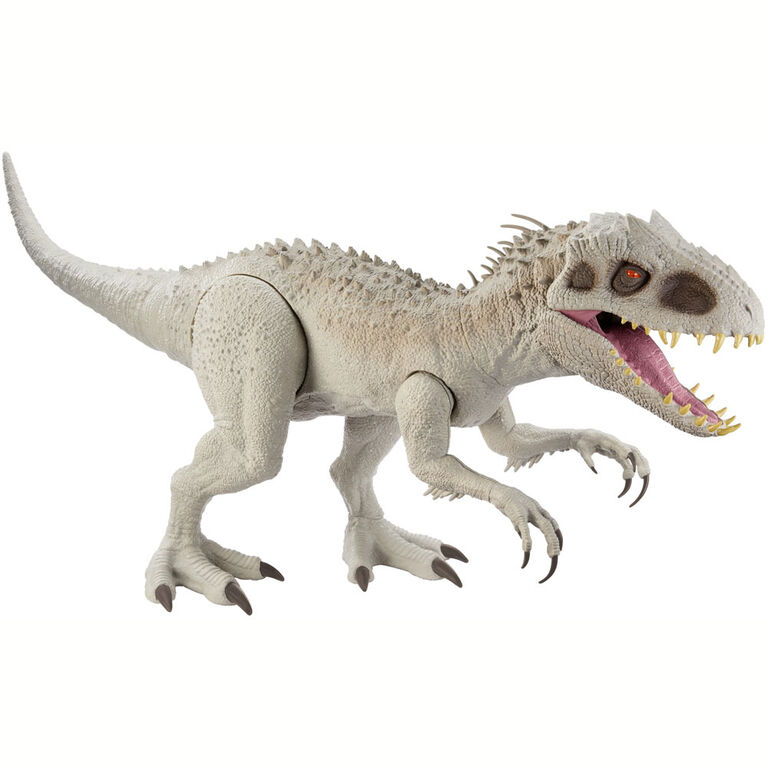 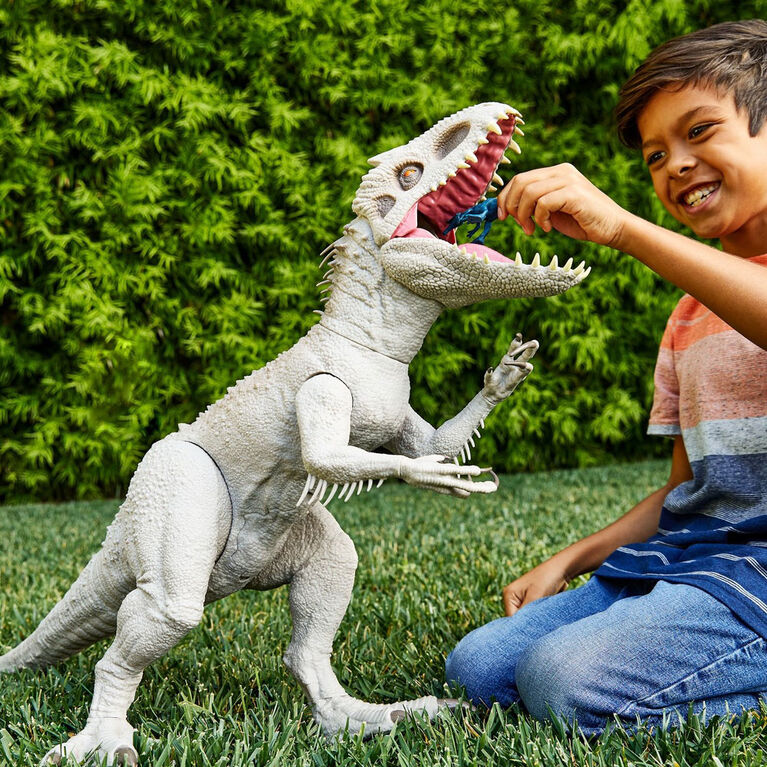 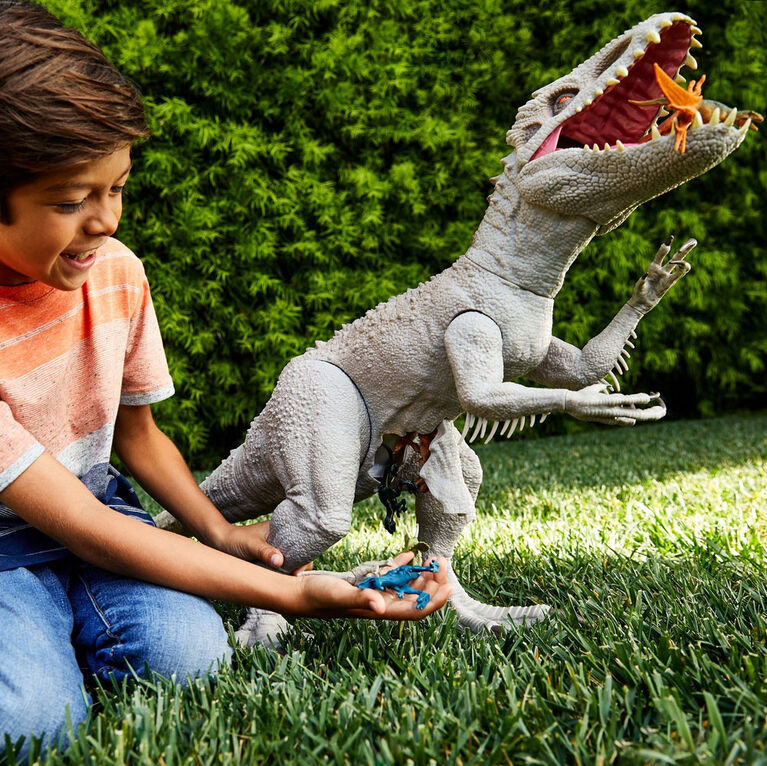 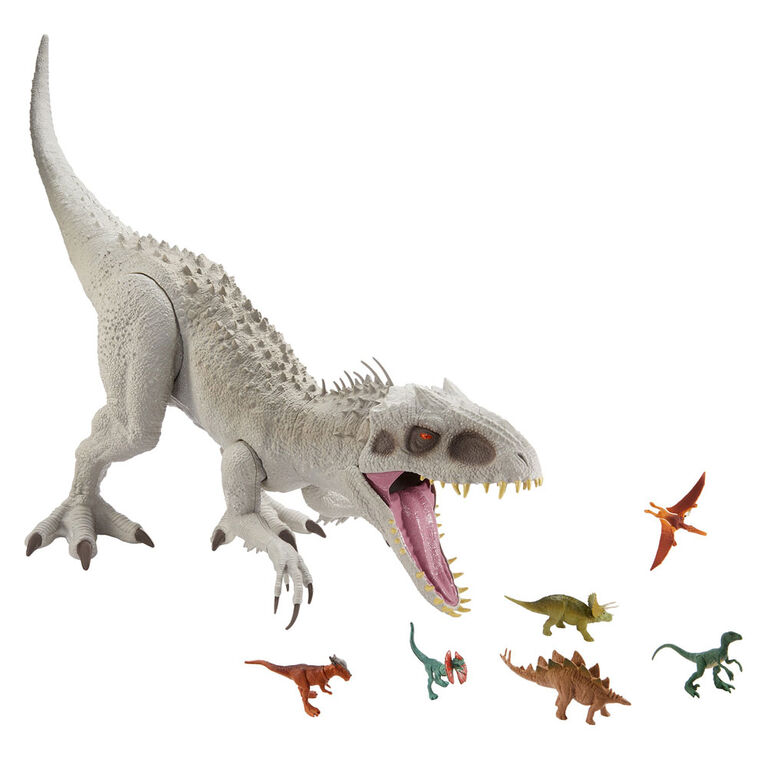 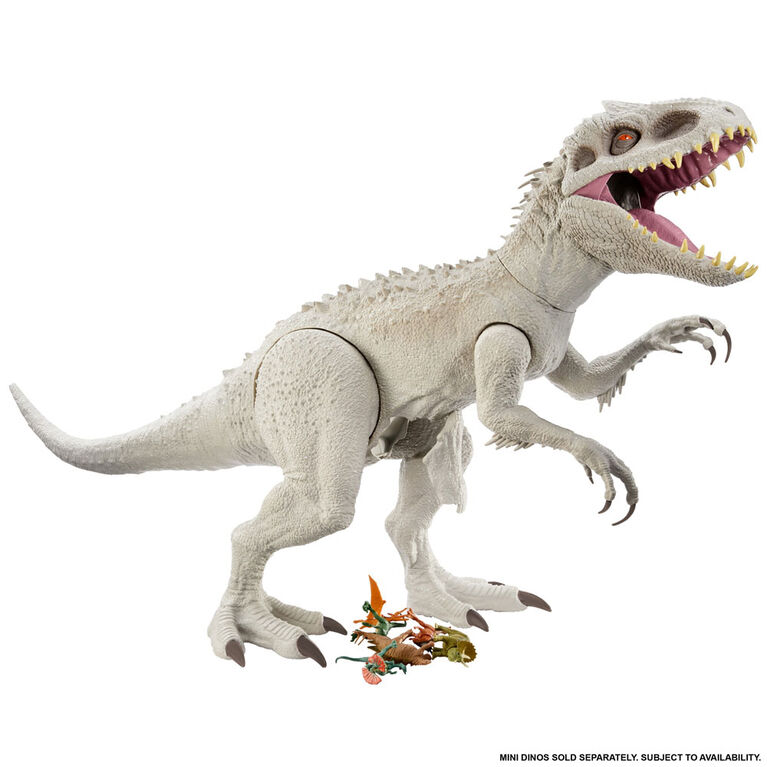 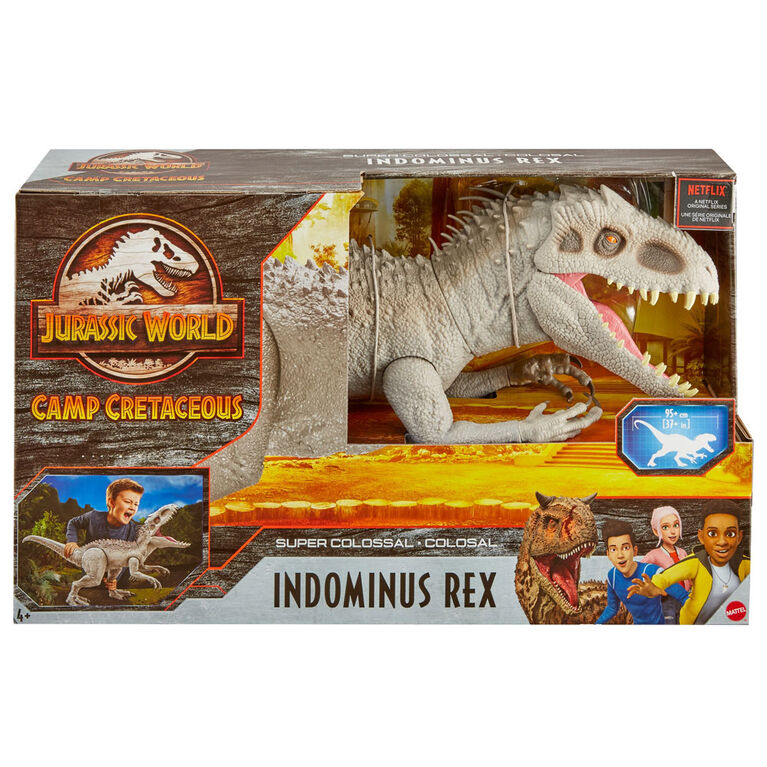 Be a part of the adventure with the Super Colossal Indominus Rex inspired by the Jurassic World animated series, Camp Cretaceous! At approximately 18-in high & 3.5 ft long/45.72 x 104.14-cm, this Super Colossal Indominus Rex figure features realistic skin texture and color authentic to the series. Indominus Rex comes battle-ready with articulated arms and legs, extra-wide jaws that can open and close, and the ability to swallow 20 mini dinosaur action figures whole (sold separately). To release the figures, open the door on the belly. Take home the excitement of Jurassic World with this HUGE Indominus Rex dinosaur action figure! Makes a great gift for ages 4 years old and up especially fans of the Jurassic World, dinosaurs and action play! Colors and decorations may vary.