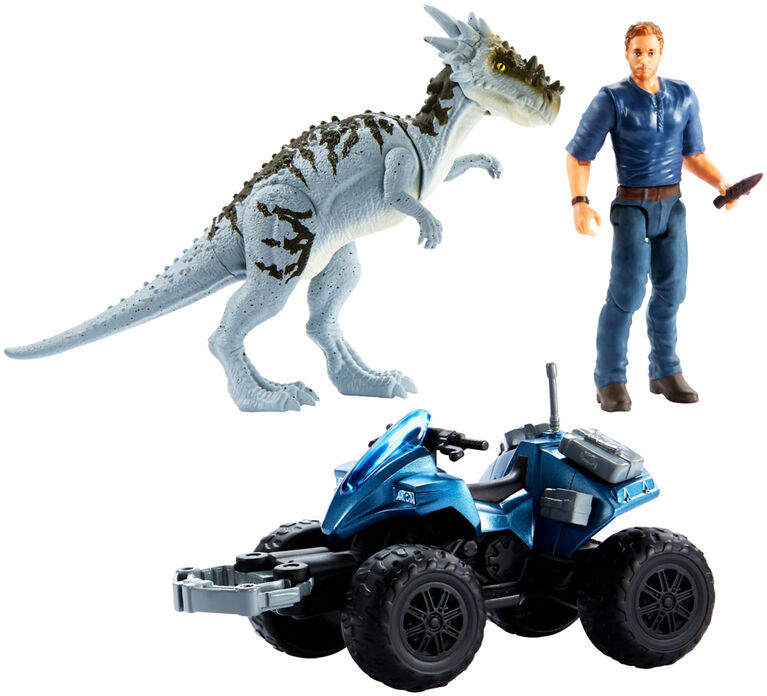 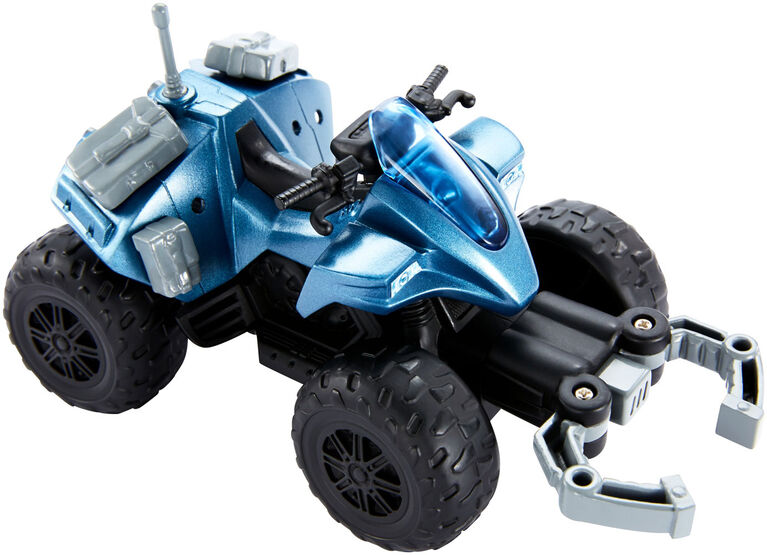 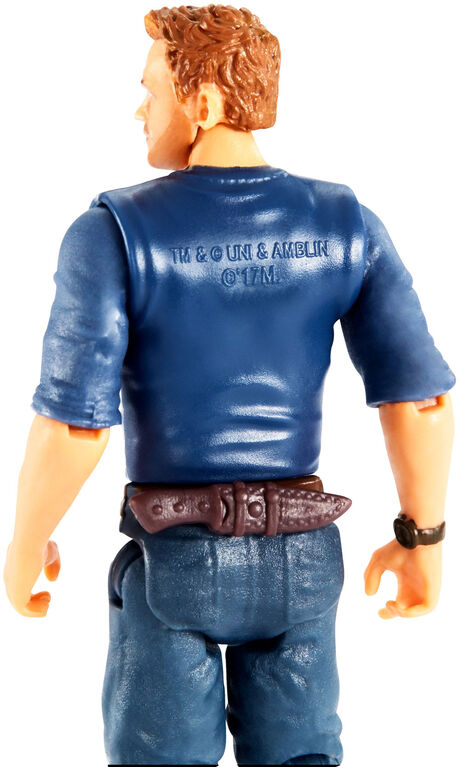 Hit the road to complete storytelling play with this deluxe Jurassic World Story Pack featuring an Off-Road Tracker ATV vehicle, 3¾" Owen action figure, knife and Dracorex dinosaur action figure! Ride along with Owen as he tracks the Dracorex dinosaur to capture and contain! The front of the Off-Road Tracker ATV vehicle has a spring-loaded capture claw that Owen uses while he drives around to track the dinosaur! To help in his quest, he has a knife and three detachable accessories at the rear of the vehicle. It's complete storytelling play inspired by the movie, so kids can recreate dramatic chase and capture action scenes or make up their own adventures! Comes with a cool Dino Rivals collector card detailing the Dracorex dinosaur's key battle stats and attributes. For more dinosaur fun, download the Jurassic World Facts app (Android and iOS) to scan and watch your dinosaur come to life, learn attack facts, compare stats and more!