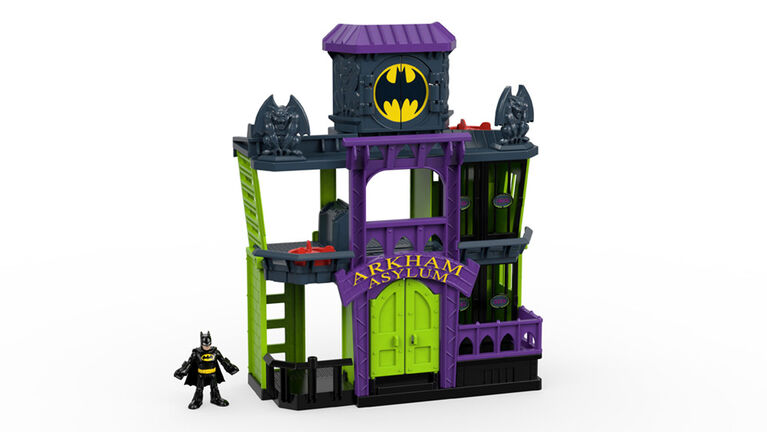 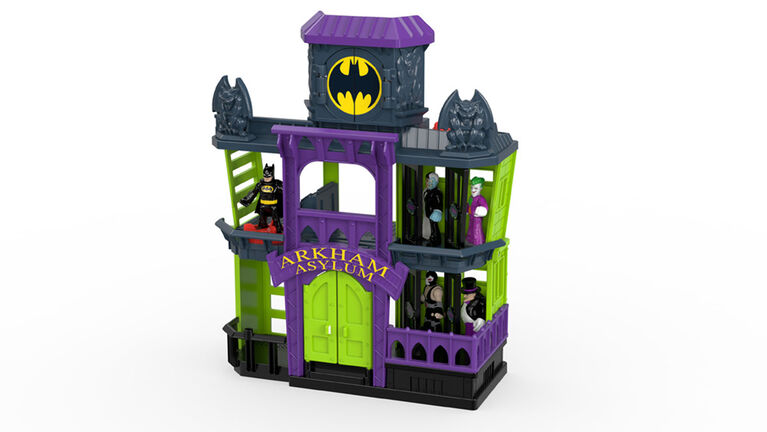 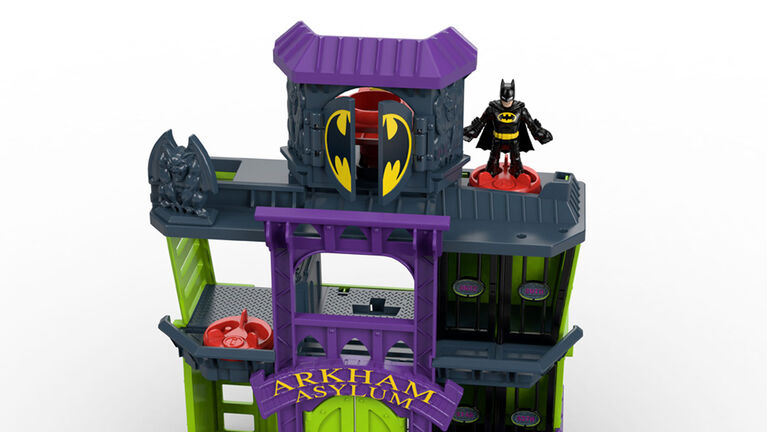 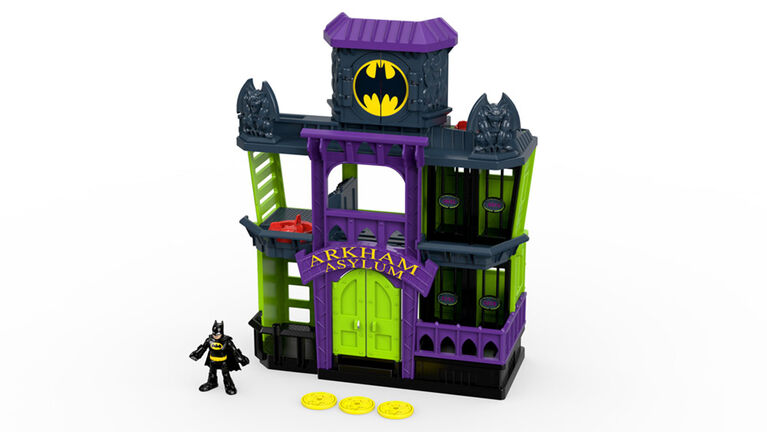 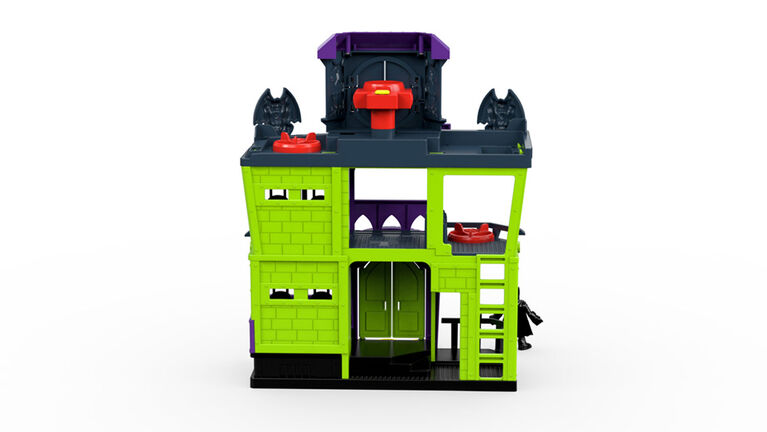 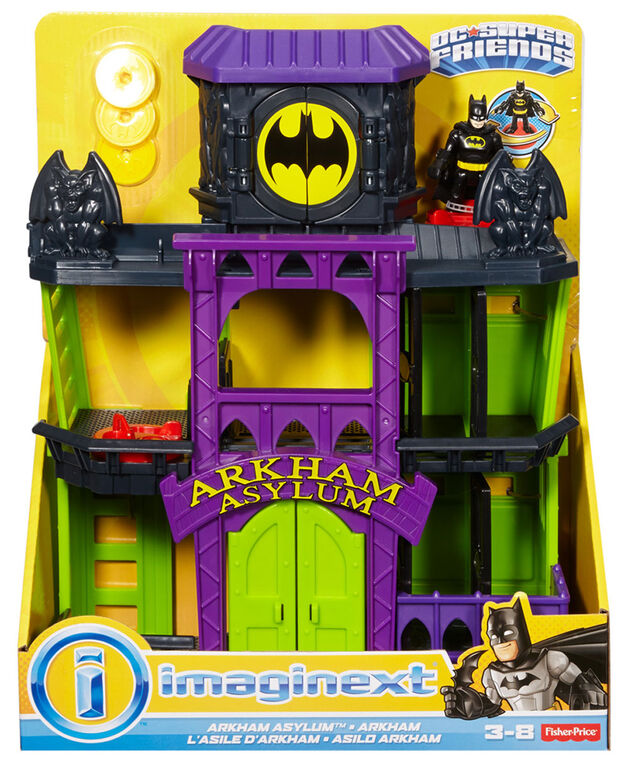 Batman is hard at work, patrolling the streets of Gotham City for signs of trouble. Luckily, most of the worst Super-Villains are locked away in Arkham Asylum. Or are they? A turn of a Power Pad opens all the jail doors at once. JAIL BREAK! Oh no, Gotham City's worst criminals are on the loose! Batman flies into action, responding to the Bat-Signal blazing above the asylum. Turn the top Power Pad to reveal the disc launcher hidden behind the Bat-Signal. Three...two...one...FIRE! Press the button to fire the disks and send Super-Villains running for cover. (Villain figures sold separately.) Can Batman get this madness under control? That's for your young Super Hero to decide! Where development comes into play Cognitive: Imaginative play and storytelling helps kids strengthen their language skills and can foster an early love of reading.