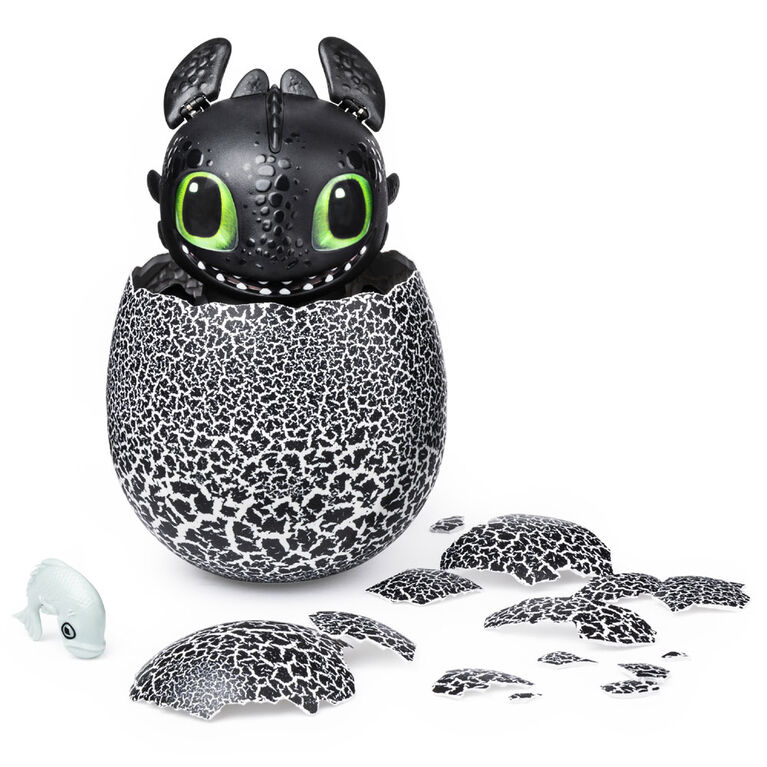 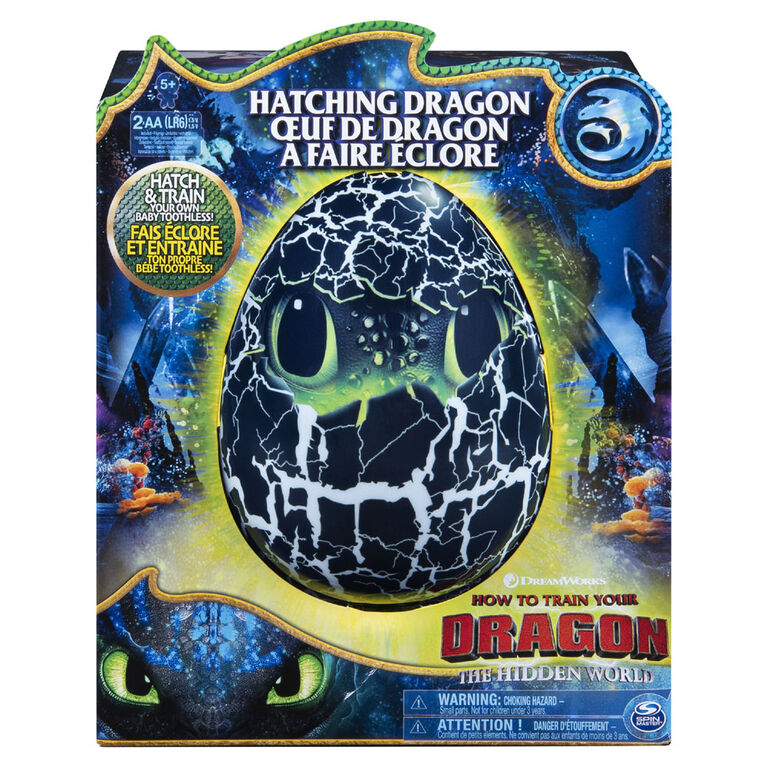 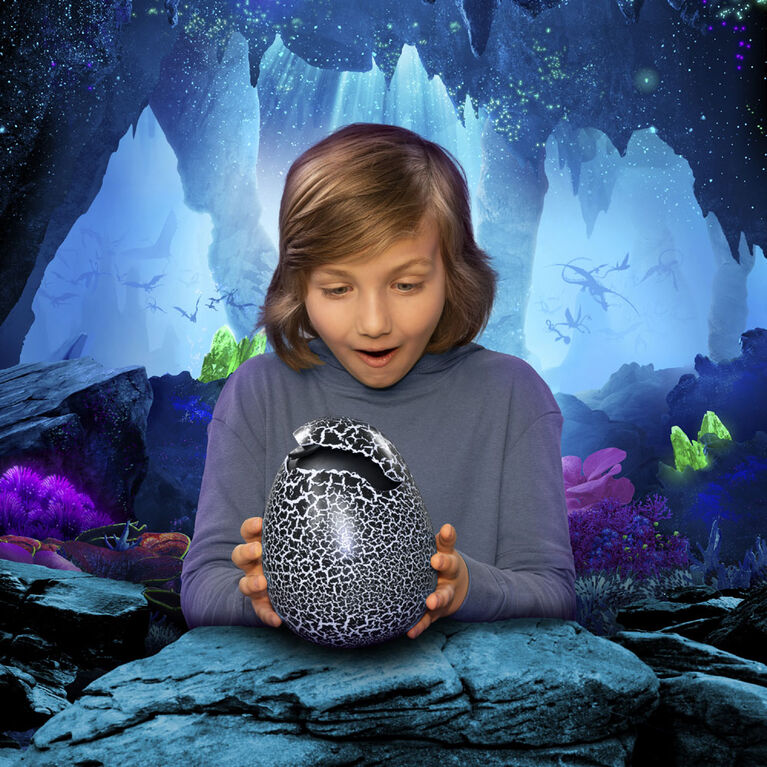 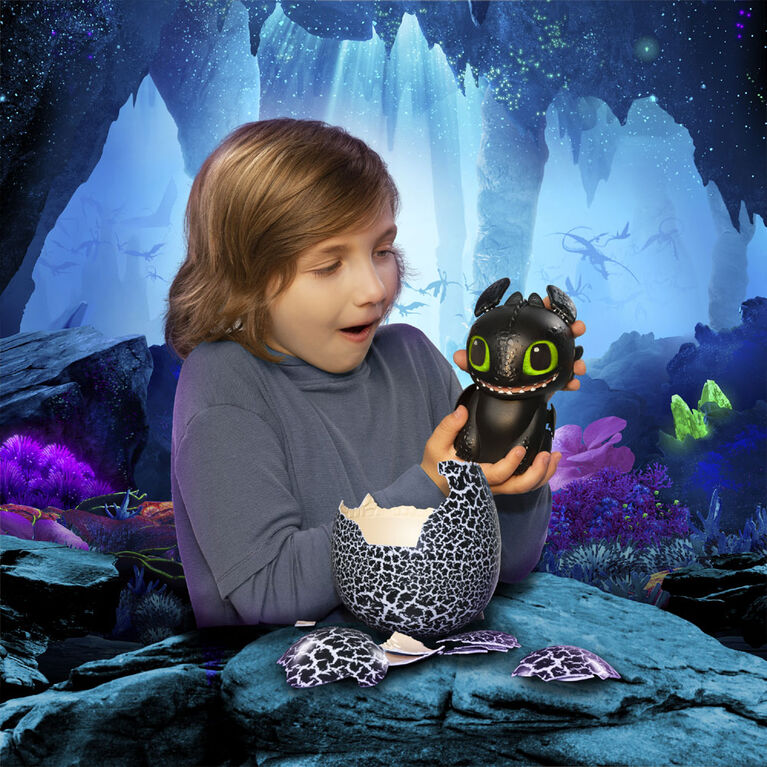 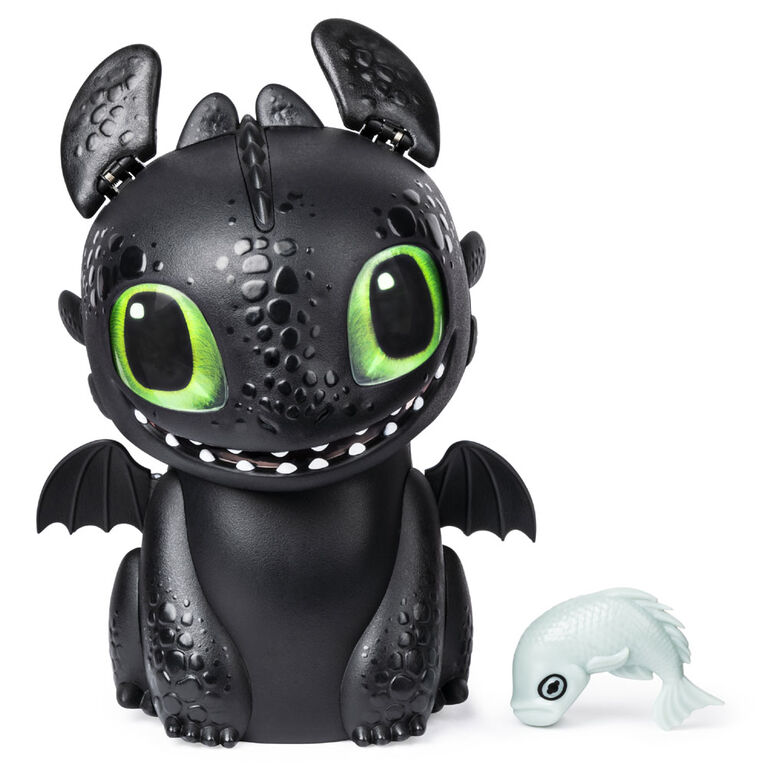 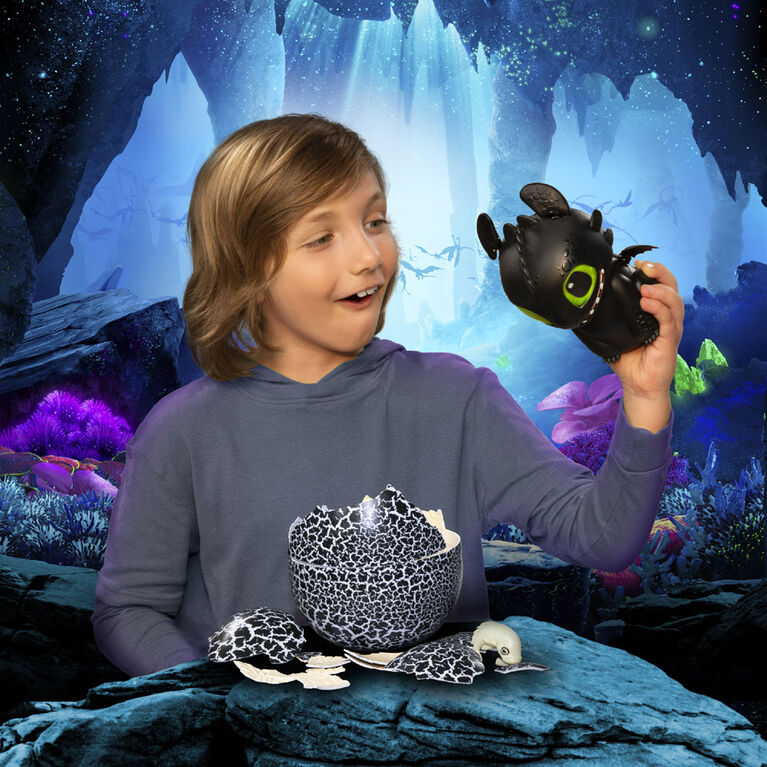 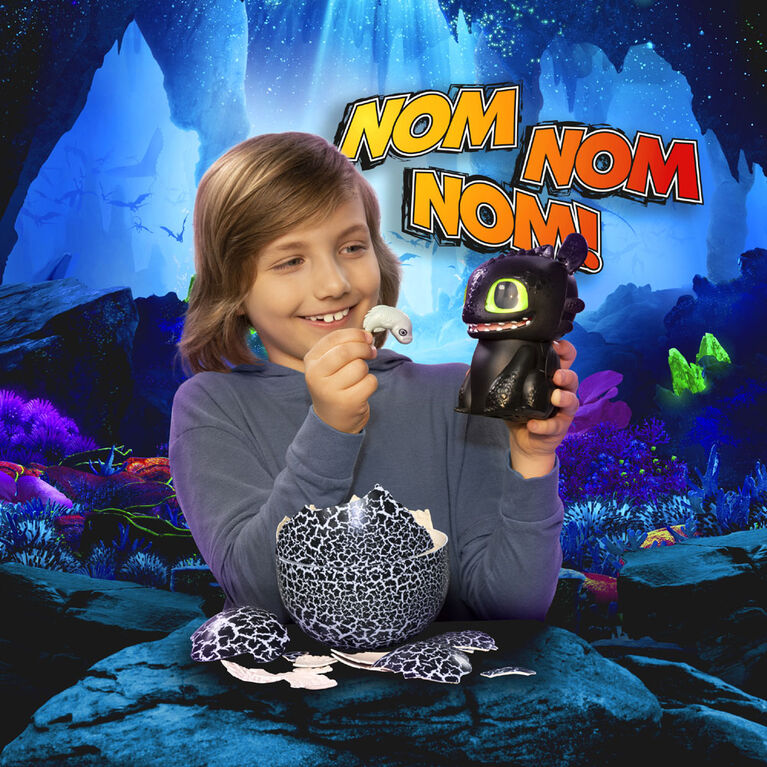 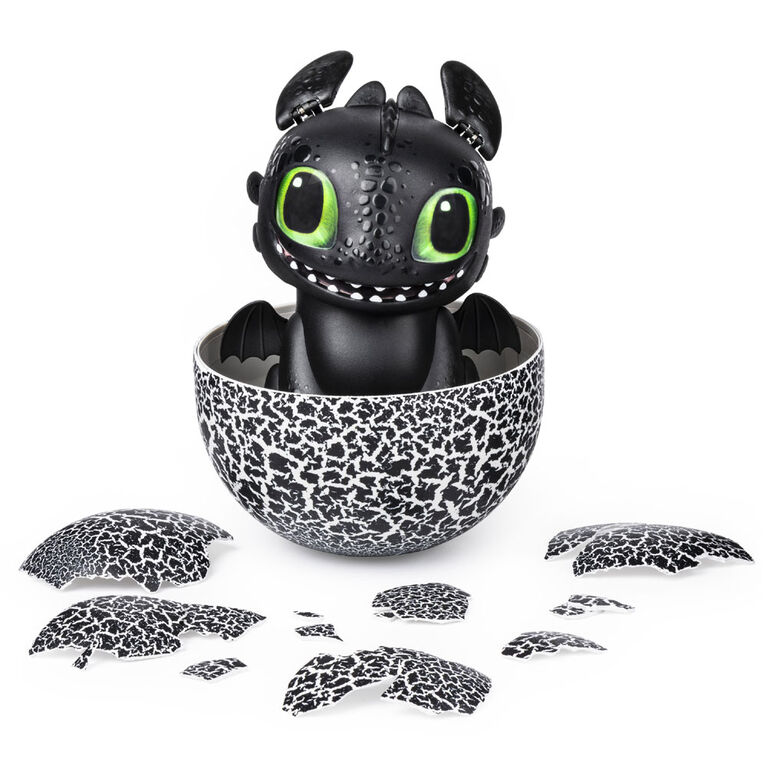 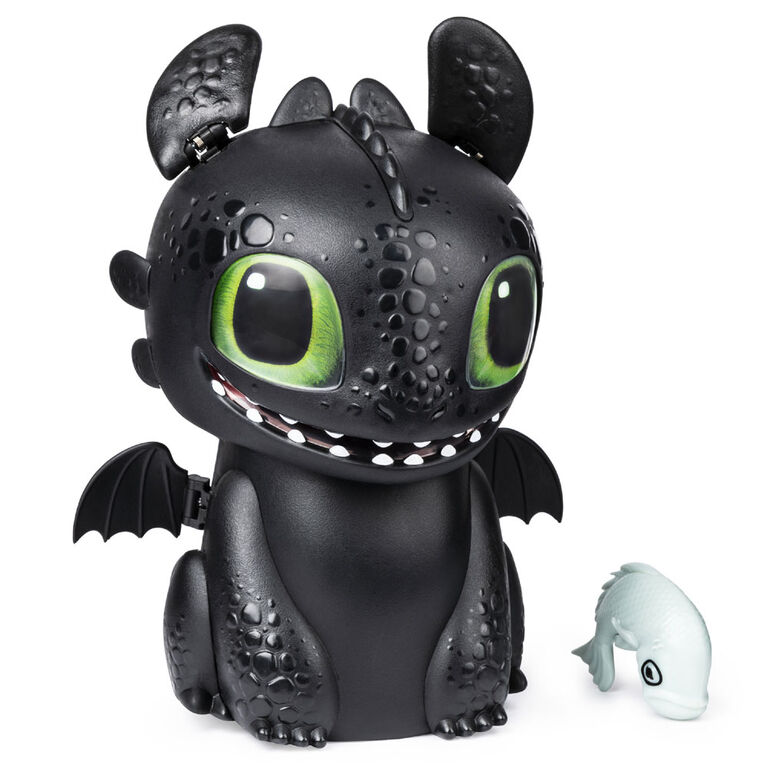 How to Train Your Dragon, Hatching Toothless Interactive Baby Dragon with Sounds

How to Train Your Dragon, Hatching Toothless Interactive Baby Dragon with Sounds

Hatch and train your very own baby dragon Toothless! Your favorite dragon from How to Train Your Dragon: The Hidden World comes to life with light-up eyes, movements and interactive sounds! Become the best of friends with Hatching Toothless as you teach him how to fly and plasma blast, feed him and play games with him! To encourage baby Toothless to hatch, rock his egg back and forth to hear him growl; tap to hear him tap back; and shake and tilt the egg to get him aggravated - once he's agitated enough, he'll be ready to hatch! Outside of his egg, Toothless is ready for fun and adventure. Establish your rider's bond with baby Toothless by placing your hands on his head, then teach him how to fly and plasma blast! As you guide Toothless through the sky, his ears move and wings flap, and he lets out dragon roars! Charge up the plasma blast by holding his belly, and let go to release - his mouth glows as he charges and blasts. If Hatching Toothless gets hungry, feed him a snack with his fish accessory. This playful baby dragon loves to play games with you! Ask him questions and he'll respond with head and wing movements, and lights and sounds; see who wins in a roaring competition; pass him around in a game of "hot potato" as you avoid being the one holding him when he plasma blasts; and play music to see him rock back and forth to the beat! At the end of an action-packed day, place your baby Toothless back into the egg base for a dragon nap. Bring your own baby dragon Toothless to life and build the bond of a lifetime with Hatching Dragon! Hatch, train and play!

Agitate baby Toothless enough until he's ready to hatch! With light-up eyes you can see through his egg shell, rock it to make him growl; tap to hear him tap back; clap and he'll respond! Shake and tilt the egg until he starts to hatch!

Teach Toothless how to fly and plasma blast! He'll move his wings and ears as you guide him through the sky! Charge his plasma blast by holding his belly and release to see his mouth glow! If he's hungry, feed him his fish accessory!

Hatching Toothless loves to play games with you! With so many interactive games to play, ask him questions to hear his response; roar at him and he'll roar back; pass him around to avoid the plasma blast and so much more!

Hatching Dragon Toothless makes a great gift for kids aged 5 and up. Requires 2 AA batteries (included). Epic adventures await as you interact and play with your very own baby dragon, Hatching Toothless!