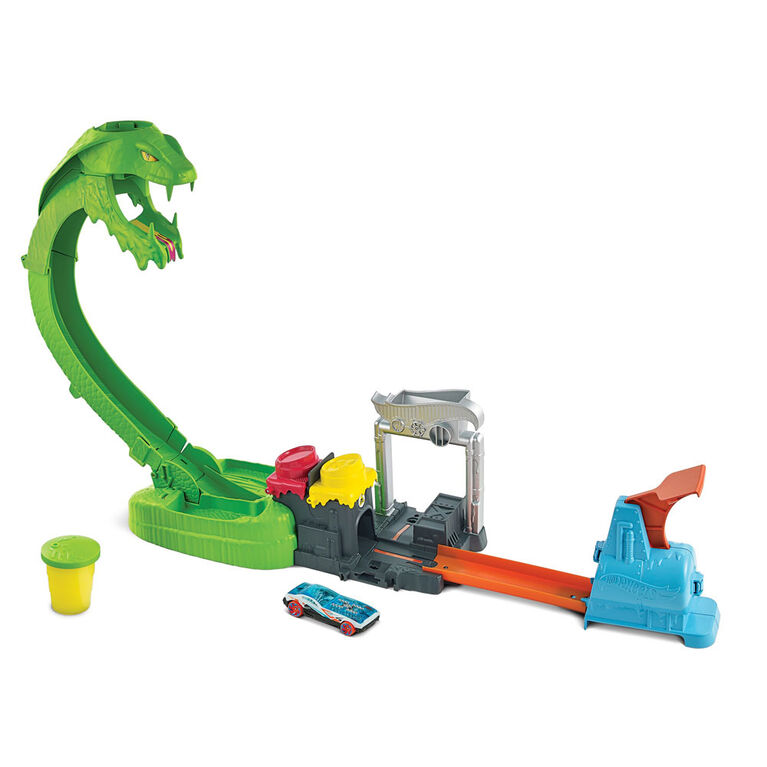 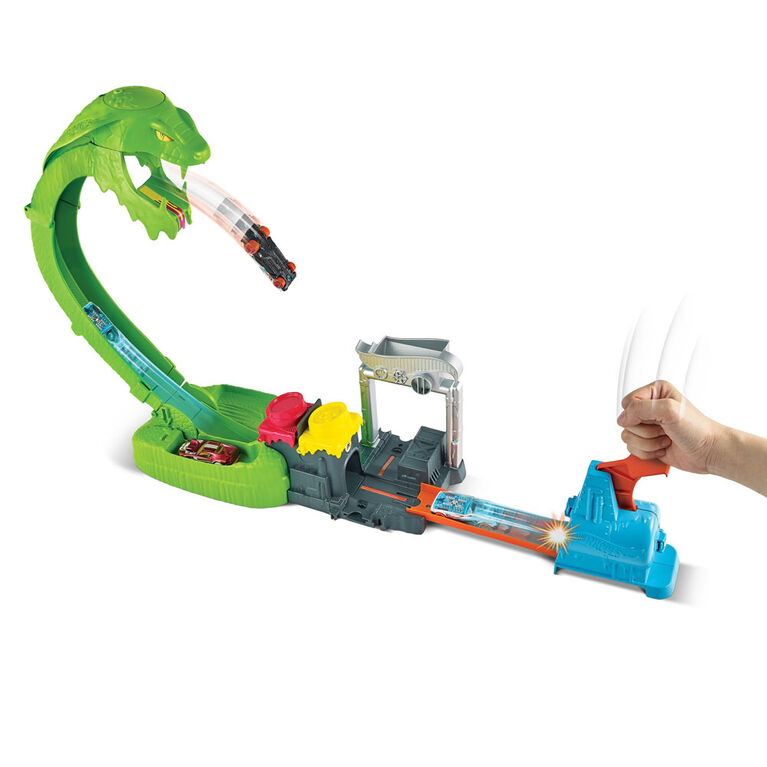 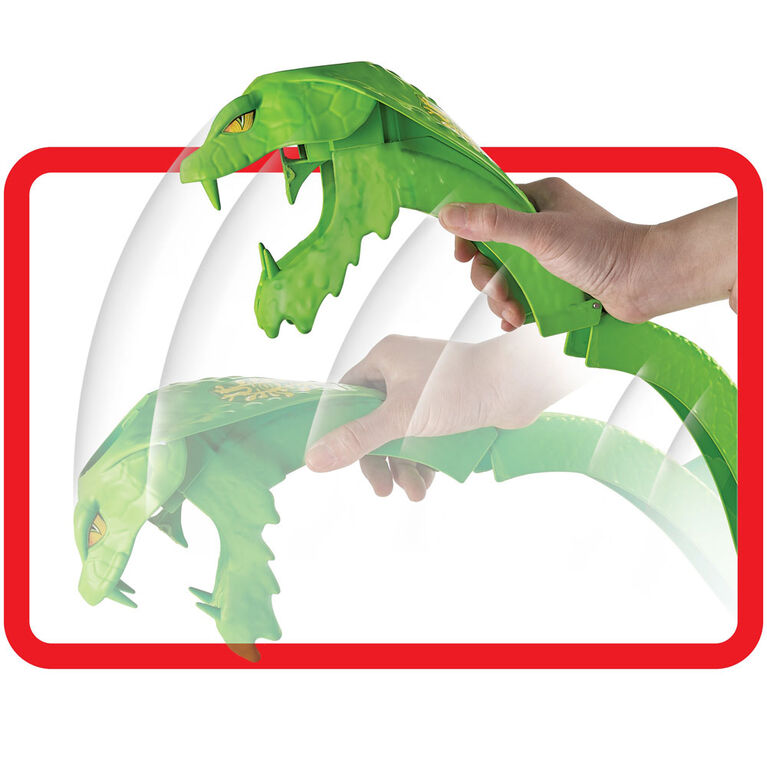 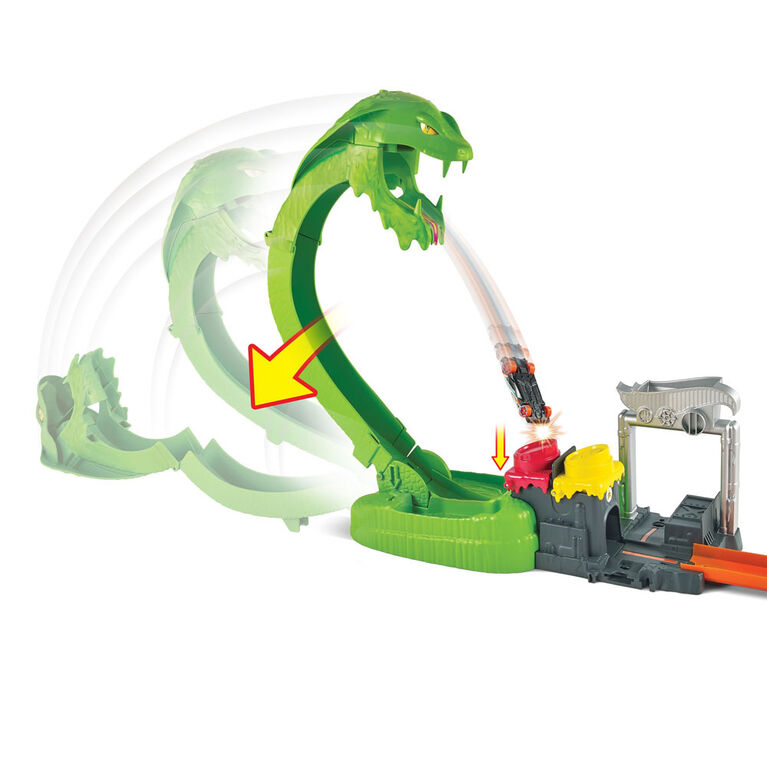 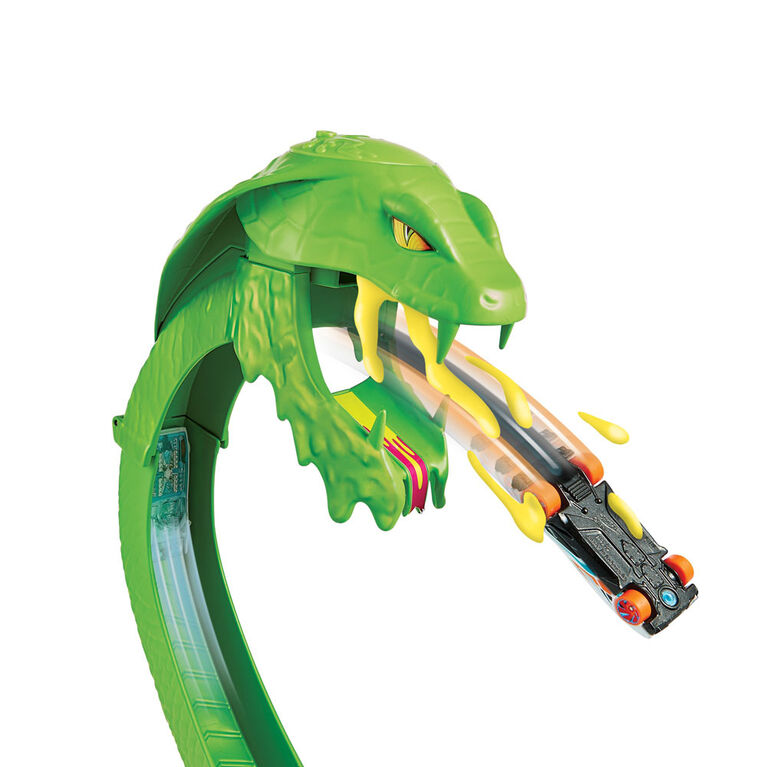 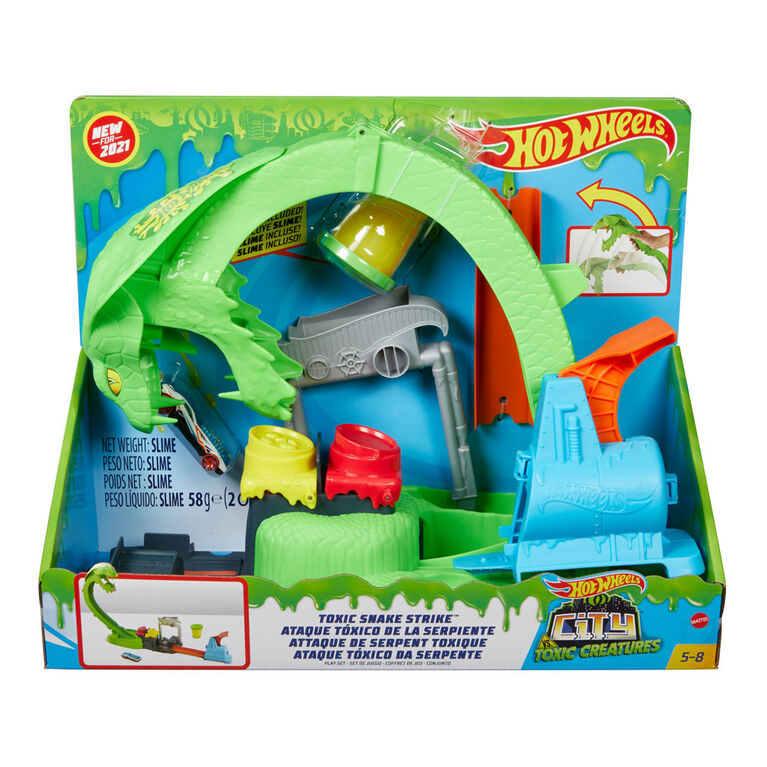 Pinch to zoom
​The Hot Wheels Toxic Snake Strike play set presents an epic obstacle when kids launch their Hot Wheels vehicle through a toxic cobra whose fangs drip with green Slime. Cars not moving fast enough can get stuck, but those with the right boost will stunt through the goo and land on one of two buttons that defeat the nemesis. Play set includes a reusable container of Slime to make the experience even more exciting as well as one 1:64 scale Hot Wheels car. Compatible with single or multi-car play and connects to other sets (sold separately). Delightfully slimy for kids five years old and older. Colors and decorations may vary.


WARNING: CHOKING HAZARD--Small parts. Not for children under 3 yrs.