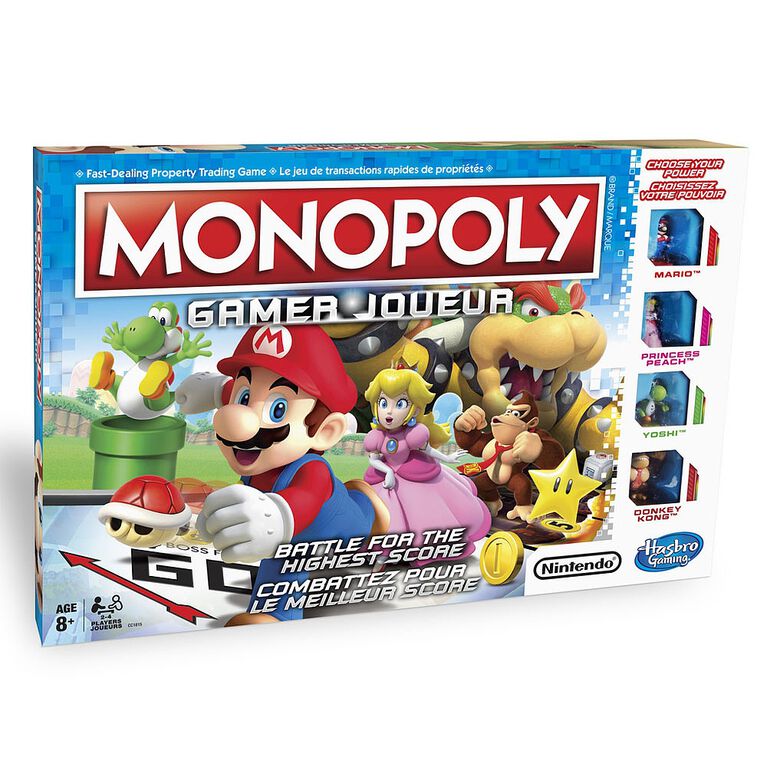 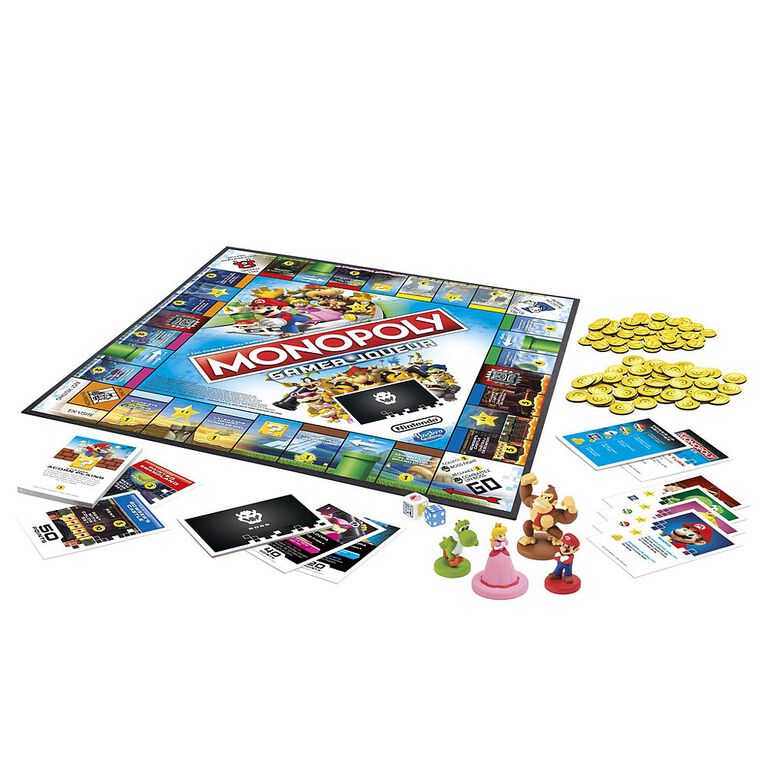 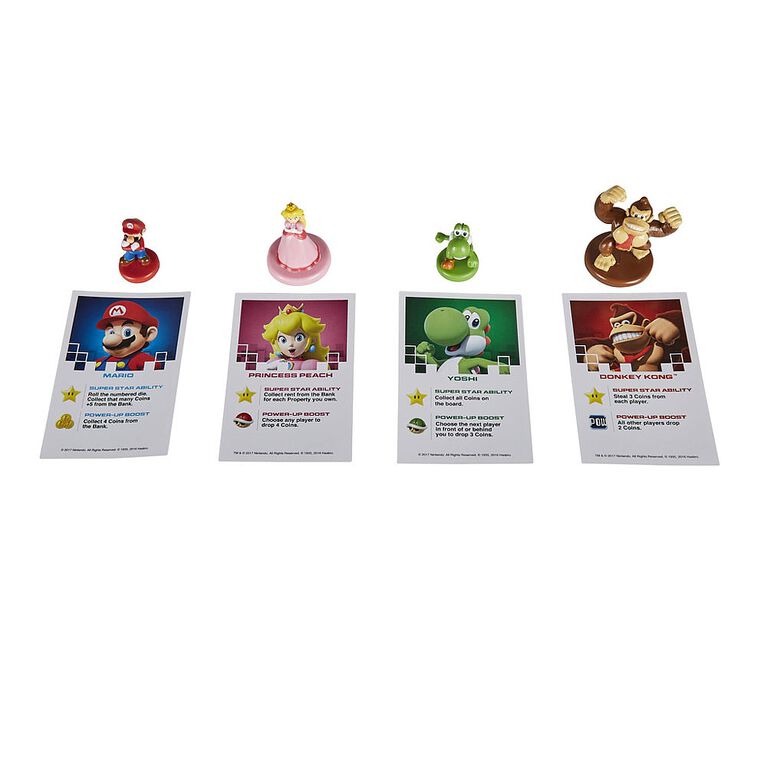 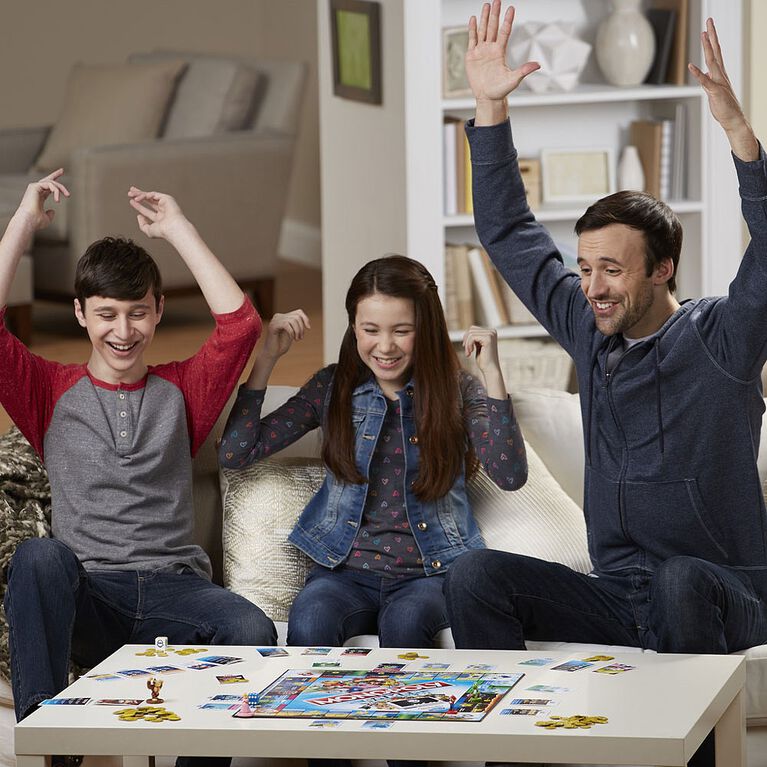 It's the Monopoly game with a Nintendo twist as it joins forces with beloved Nintendo video game characters. Instead of standard Monopoly tokens, the game features Super Mario characters, each with their own special powers within gameplay. Play as Mario, Princess Peach, Yoshi, or Donkey Kong. Finish the game by defeating Bowser at the end! It's not just about money in this game; players earn points by buying Properties, collecting Coins, and beating Bosses. The player with the highest score wins the game.

The Hasbro Gaming, Parker Brothers, and Monopoly names and logos, the distinctive design of the gameboard, the four corner squares, the Mr. Monopoly name and character, as well as each of the distinctive elements of the board and playing pieces are trademarks of Hasbro for its property trading game and game equipment.