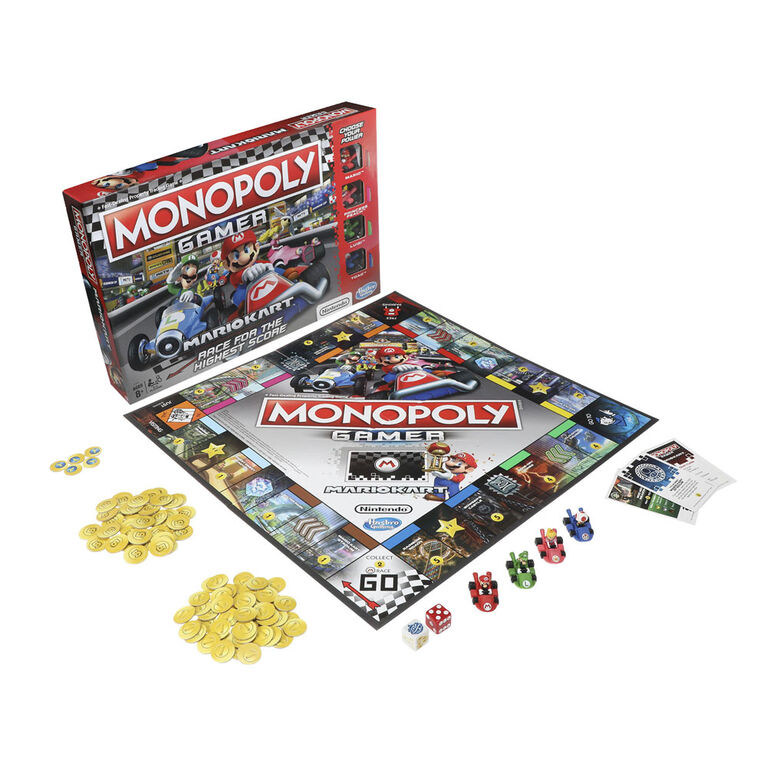 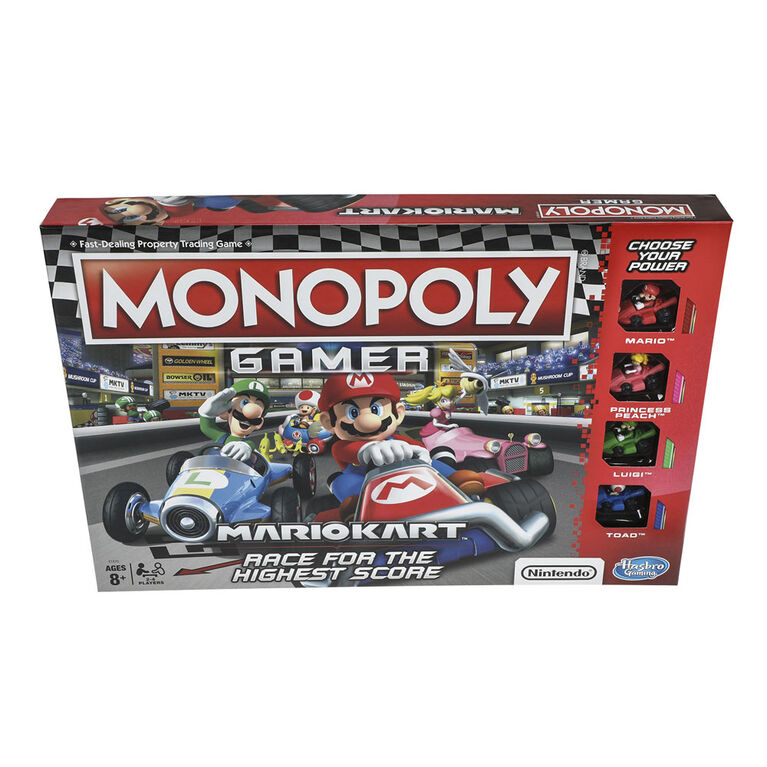 This sequel to the Monopoly Gamer board game joins forces with Nintendo Mario Kart characters and elements. Move around the gameboard as Mario, Princess Peach, Luigi, or Toad; buy iconic Mario Kart properties such as Bowser's Castle, and Rainbow Road. Pass Go to trigger a race from Mario Kart Cup, dodge banana peel tokens, toss shells, and collect Coins. A Super Star space activates special abilities and rolling the Power-Up Die adds a special boost. Winning in this game is all about winning races! Who will end up with the coveted Grand Prix card? When the final race is over, the player with the highest score wins.

Experience Mario Kart on a Monopoly gameboard
Drop banana peels and collect Coins to earn points
Land on a Boost Pad space to move around the board faster
Race against opponents when passing Go
Power Up! Die enhances a character's powers

TM and Copyright 2018 Nintendo.
The Hasbro Gaming, Parker Brothers, and Monopoly names and logos, the distinctive design of the gameboard, the four corner squares, the Mr. Monopoly name and character, as well as each of the distinctive elements of the board and playing pieces are trademarks of Hasbro for its property trading game and game equipment.