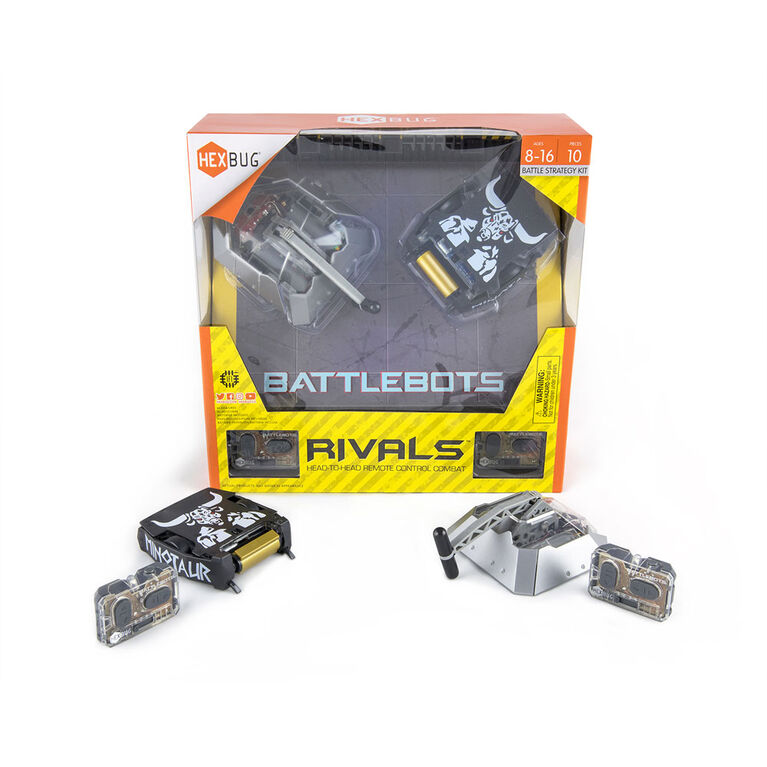 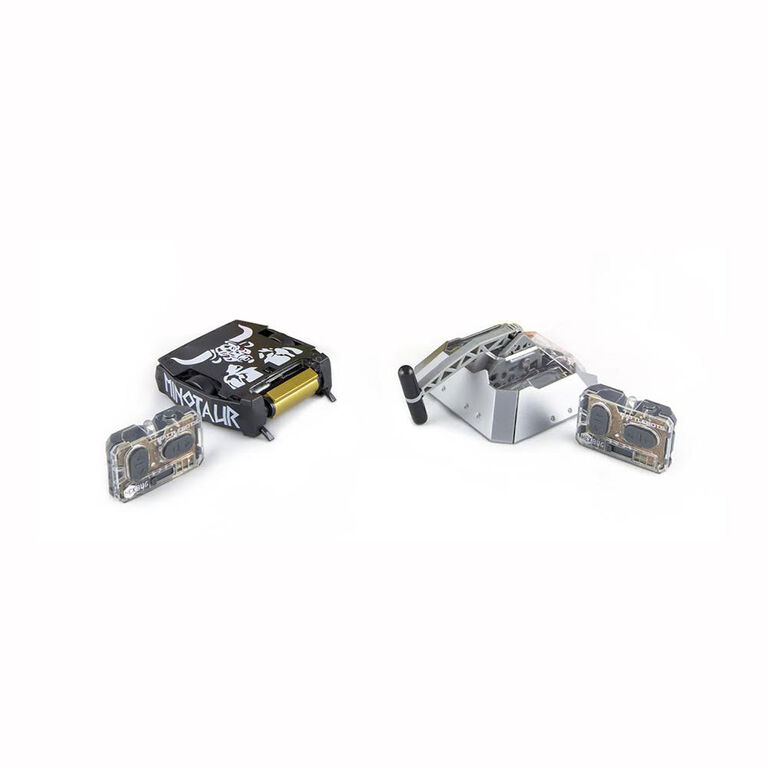 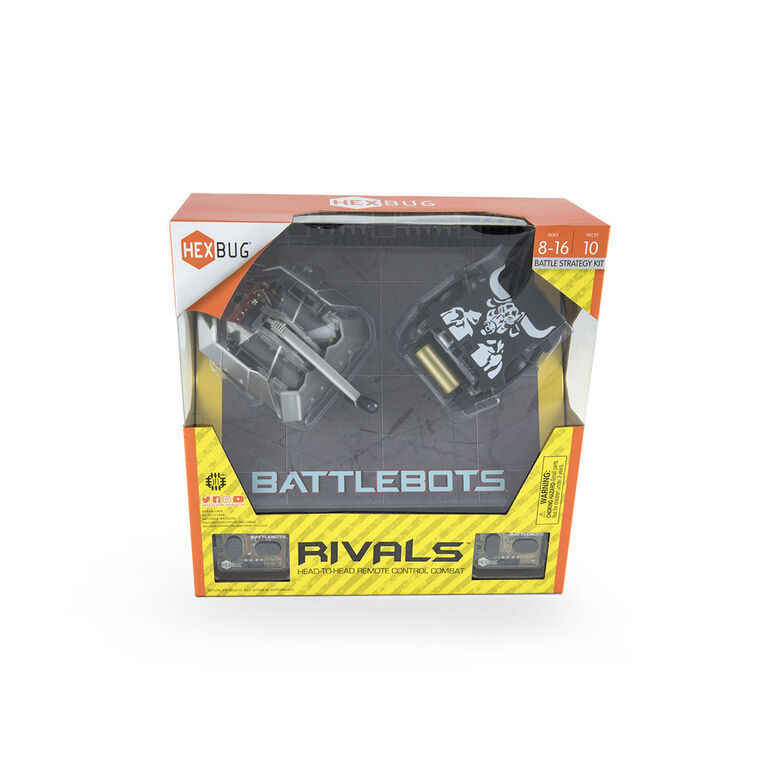 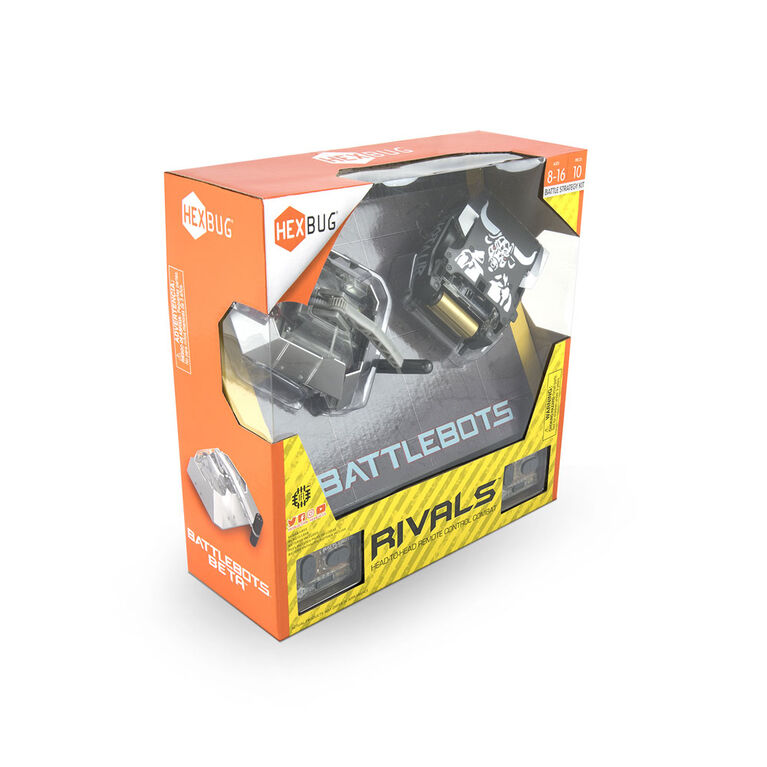 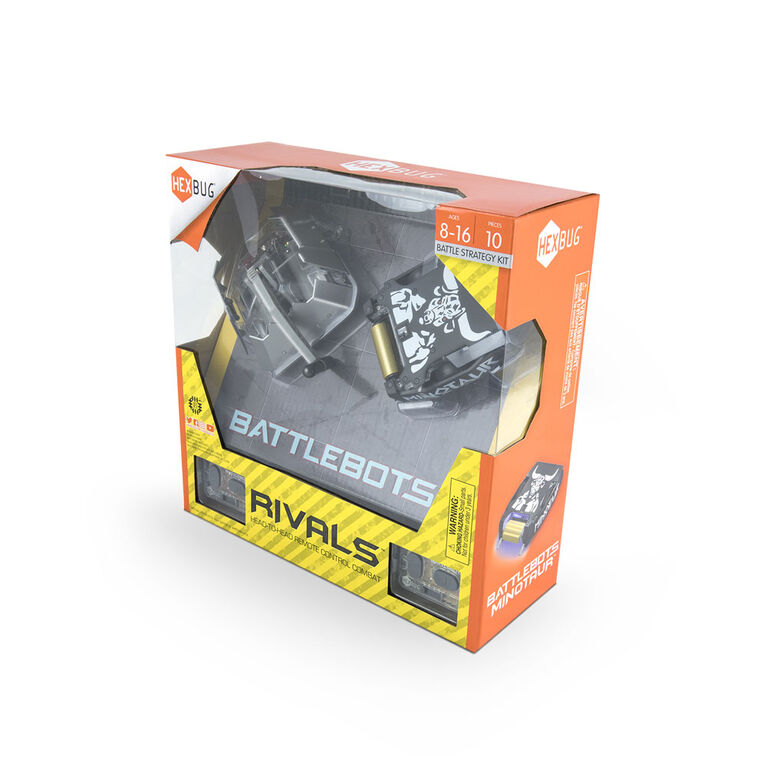 Pinch to zoom
Fight your way to the brink of destruction with vicious head-to-head combat! Inspired by television's most entertaining robot showdown comes miniaturized versions of the merciless machines you know and love, HEXBUG BattleBots Rivals! Wage war on your opponents and take no prisoners. Now you can bring the action with you anywhere! This double pack of robots is equipped with signature sinister battle functions, so choose your combatant wisely! Using I/R remote controls, conquer your arena with Beta and Minotaur! After the battle is over, easily rebuild the defeated party for round two, if they're up for the challenge! HEXBUG BattleBots Rivals are compliant with CPSIA standards. 6 AAA batteries included. Ages 8 years and up.