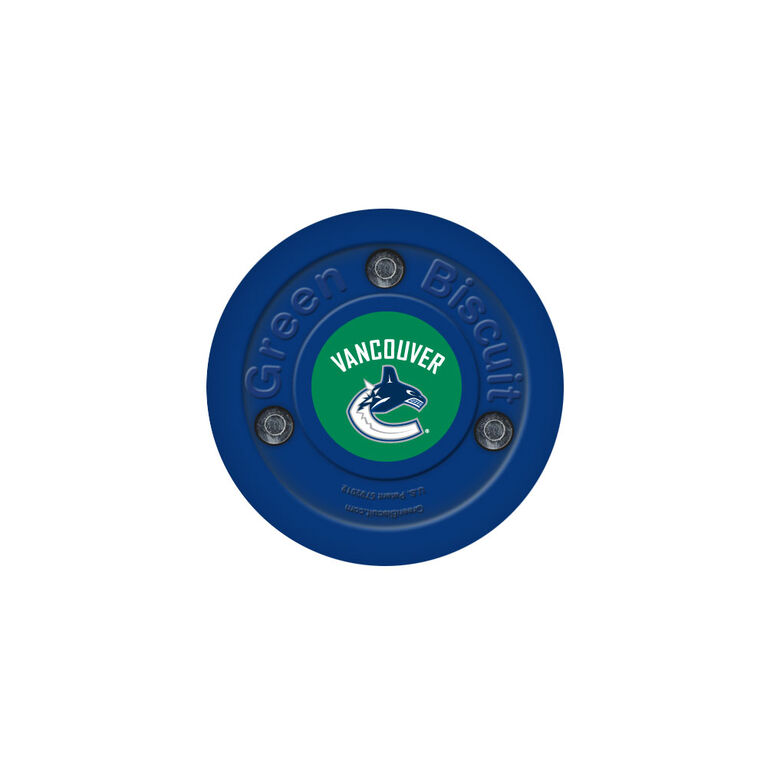 Green Biscuit training hockey pucks are designed to simulate the feel of real-ice hockey pucks and comes in 2 models, original and snipe. Both the original and the snipe feature a two-piece design that is intended to absorb vibrations, making the puck glide on concrete, asphalt, and other surfaces similar to a real puck on ice. The original is intended for stick handling and passing skills and should not be used for shooting. The original weighs in at around 4.6 oz., slightly lighter in weight than a standard puck (6 oz). The lighter weight of the original ensures its movement simulates an ice puck when traveling across higher friction surfaces such as concrete and asphalt. The snipe is intended for shooting and features a rubber component improving durability that reduces shattering when hit against boards and posts. It weighs in at around 5.2 oz., giving it a more comparable feel to a standard ice puck when shooting. Although the snipe can be used for stick handling and passing skills, the rubber component produces a slightly greater amount of friction than the original Green Biscuit puck. Roller hockey players will also love the Green Biscuit pucks as their travel more closely simulates play on indoor roller-hockey rinks.