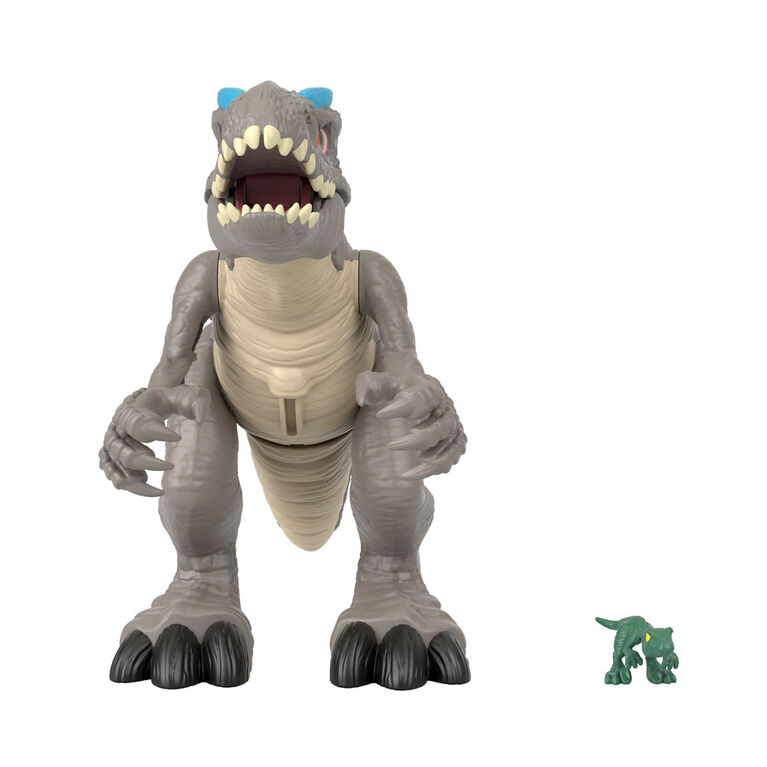 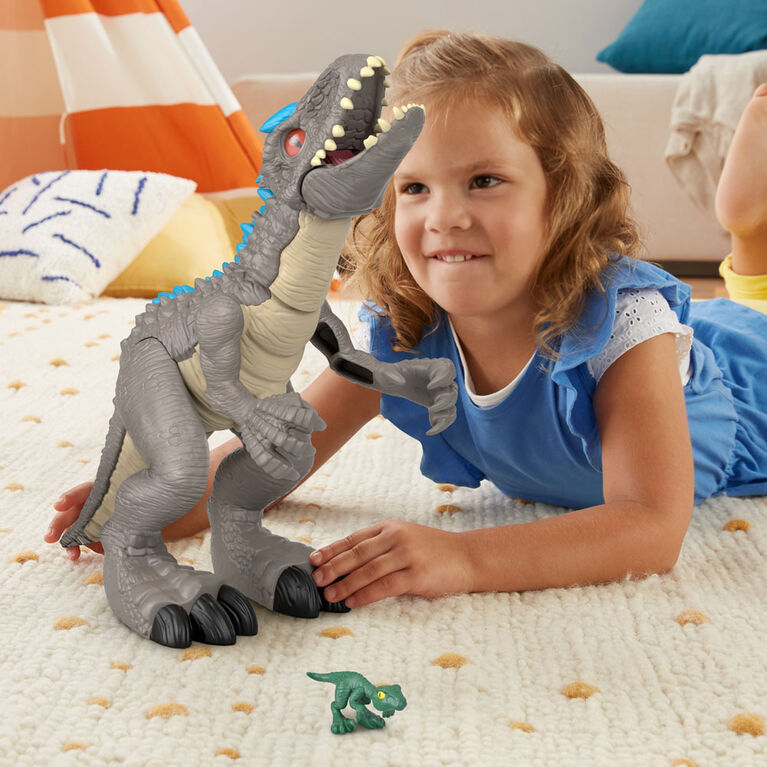 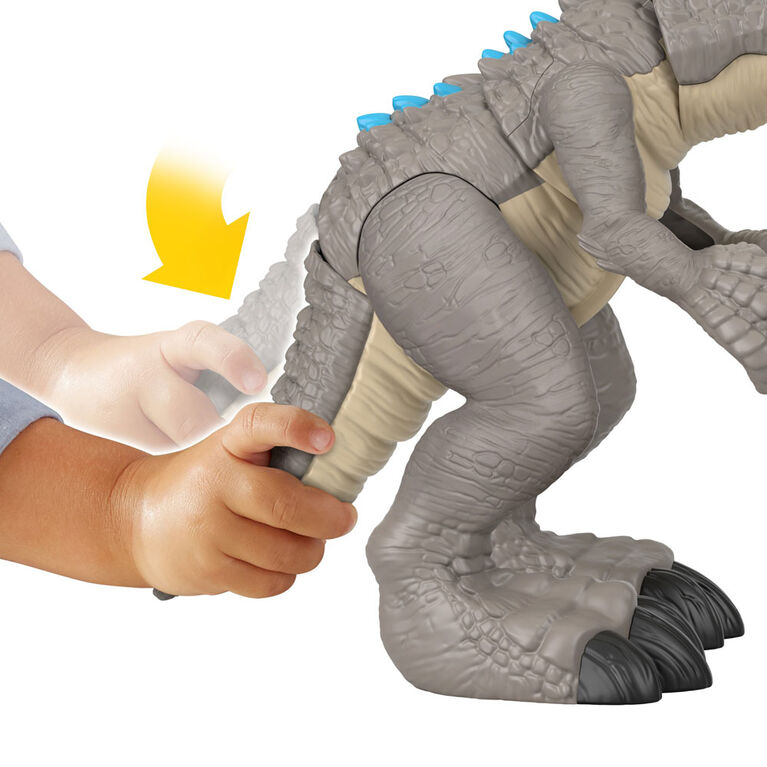 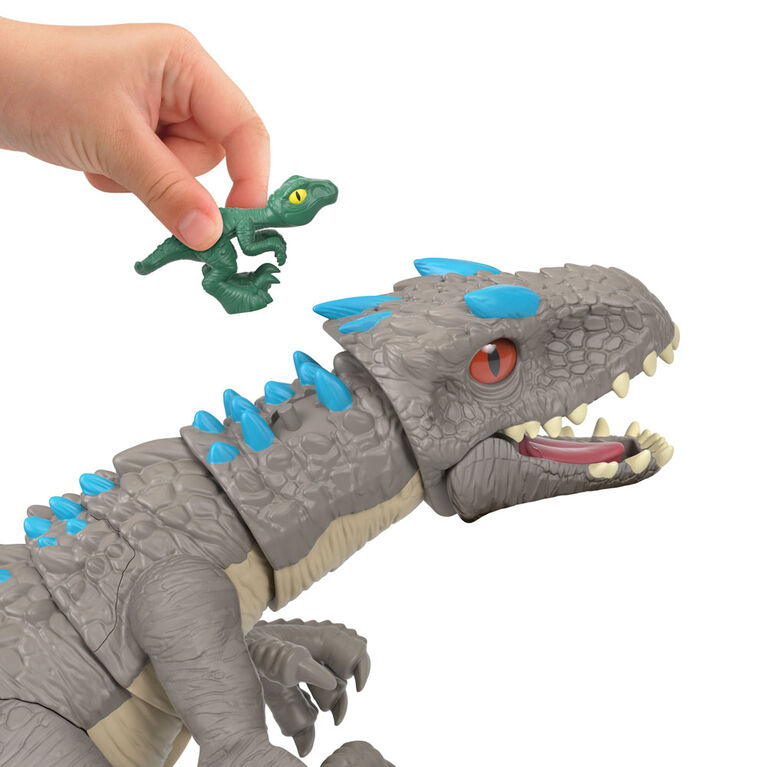 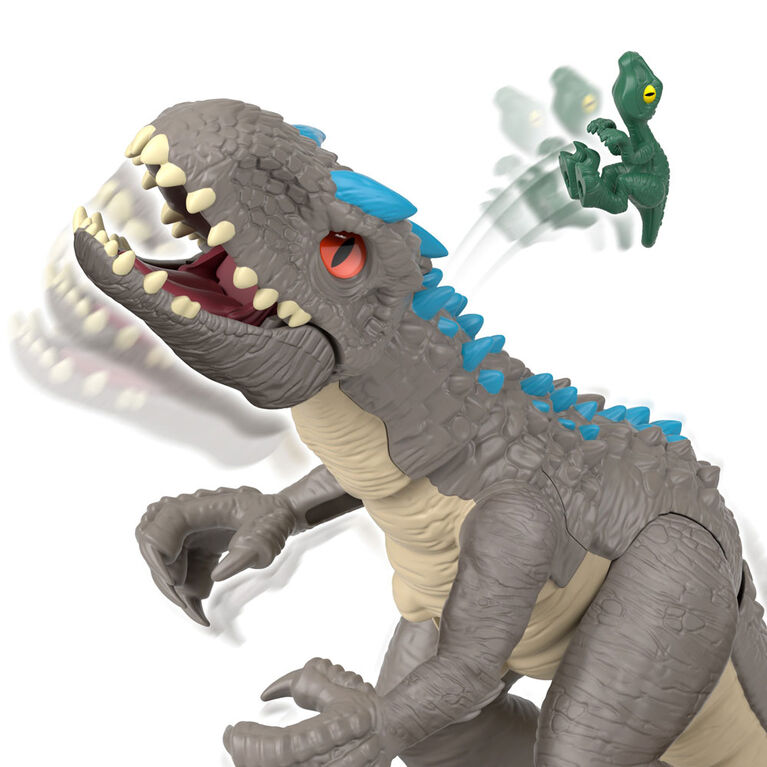 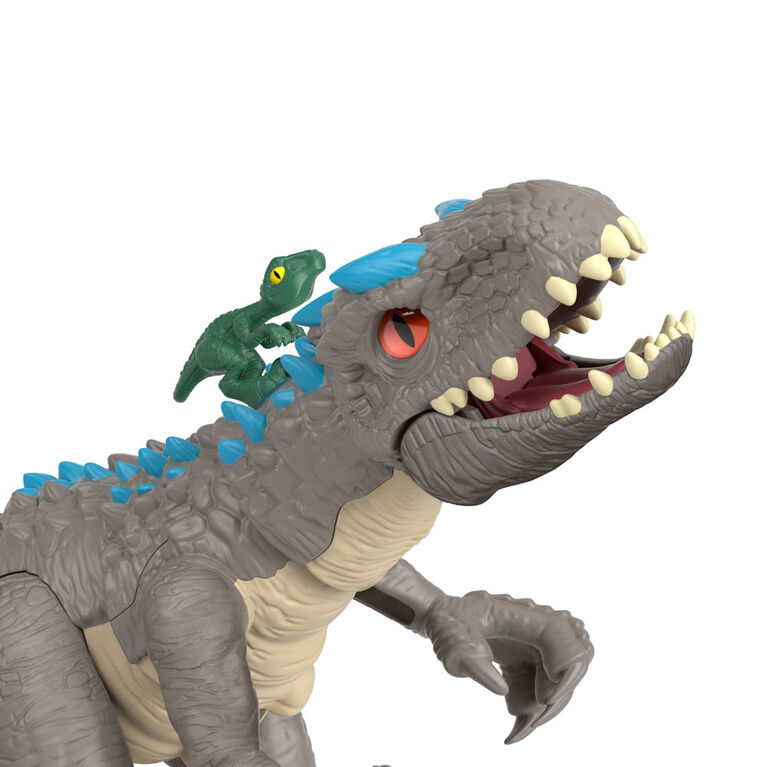 ​Recreate the action of the Jurassic World films, and imagine all-new stories, with this awesome Imaginext Thrashing Indominus Rex figure set from Fisher-Price. The ferocious Indominus Rex is on the loose! This fierce predator can battle even the toughest dinosaurs. When the raptor jumps on the Indominus Rex's back, kids can move the larger dinosaur's tail to watch her thrash and toss the raptor right off. Can Owen and the rest of the team get the dinosaurs under control? That's for your young dinosaur wrangler to decide! Imaginext Imagine What's Next! (Owen figure sold separately and subject to availability.)