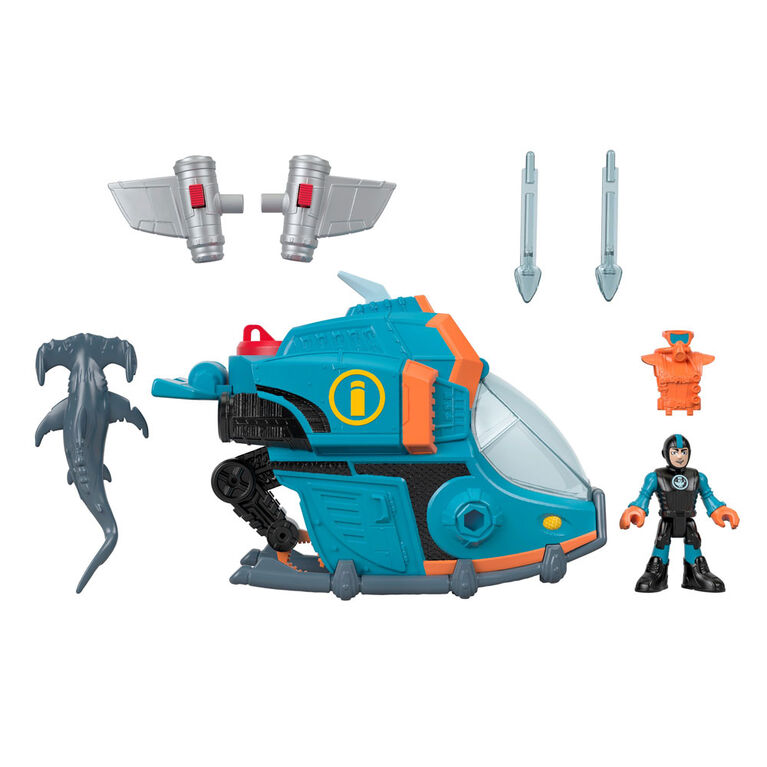 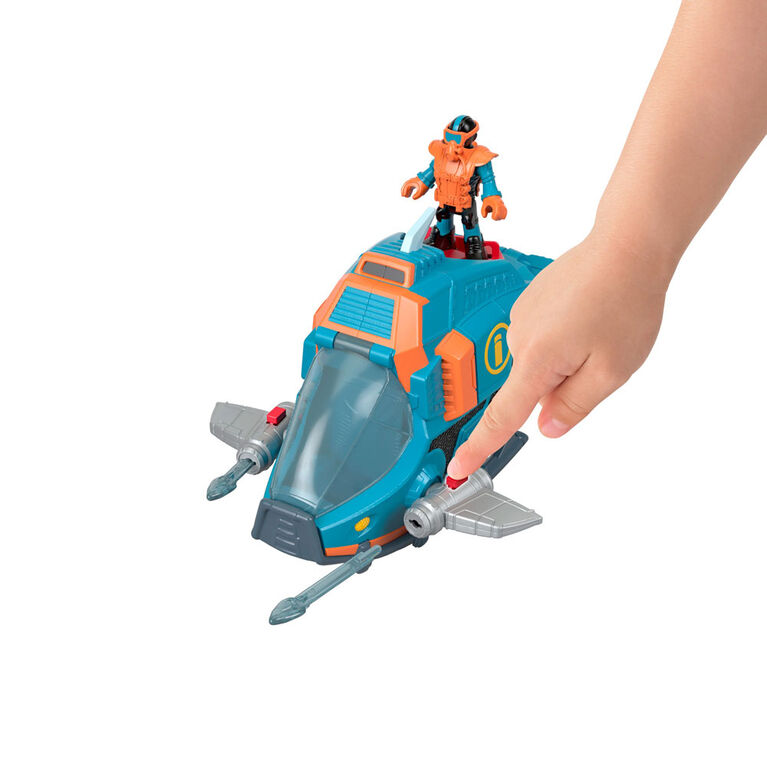 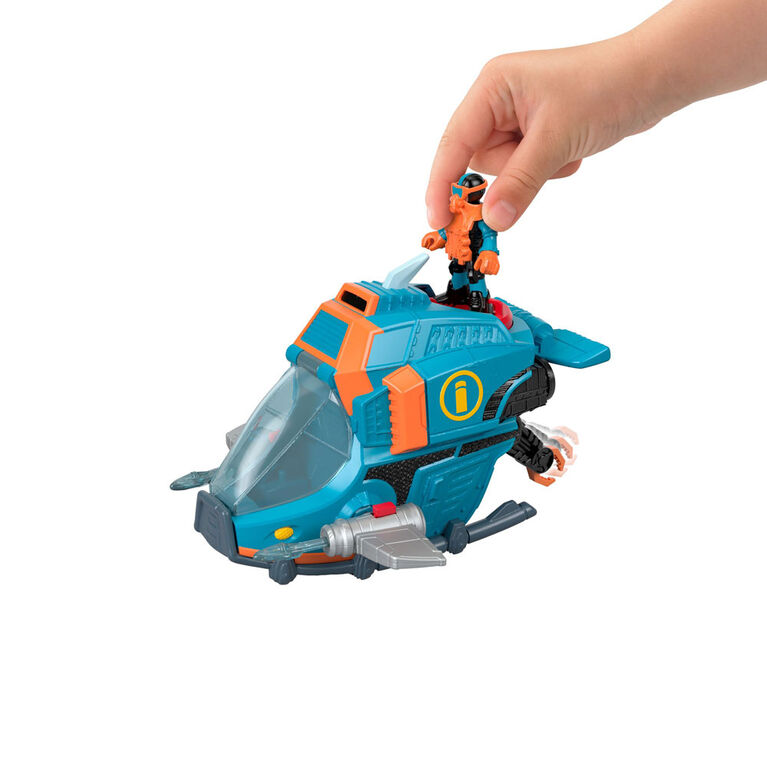 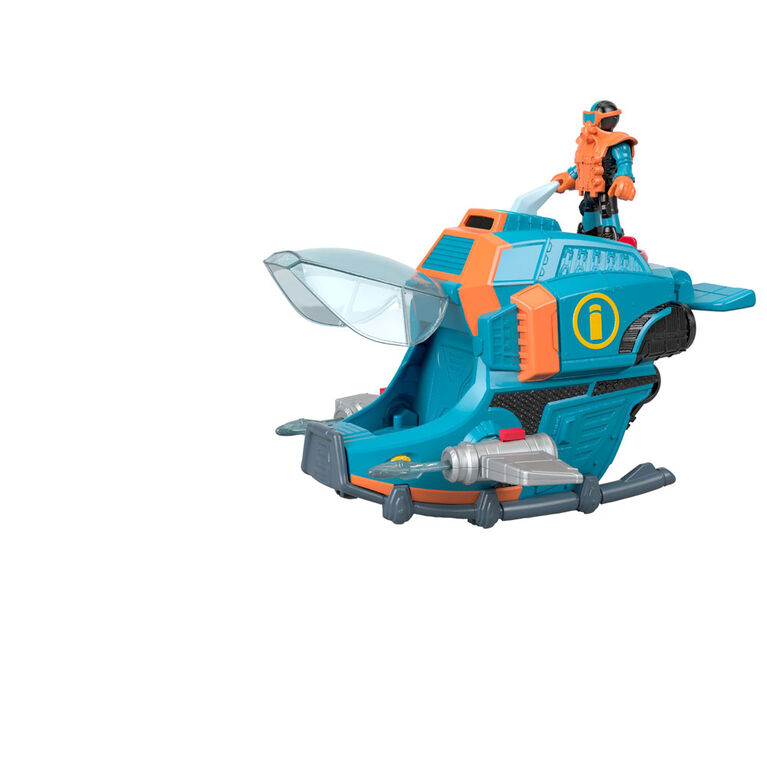 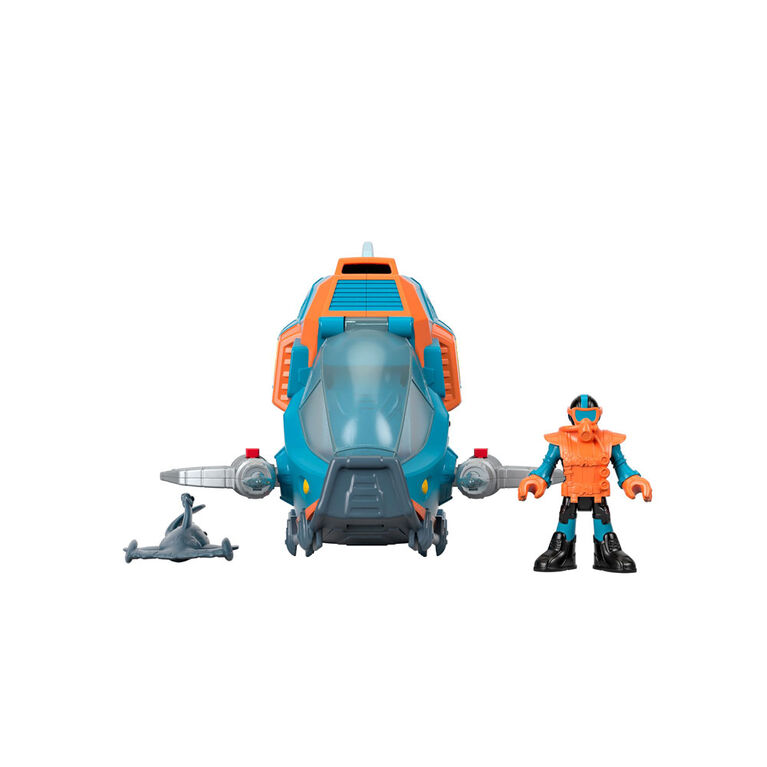 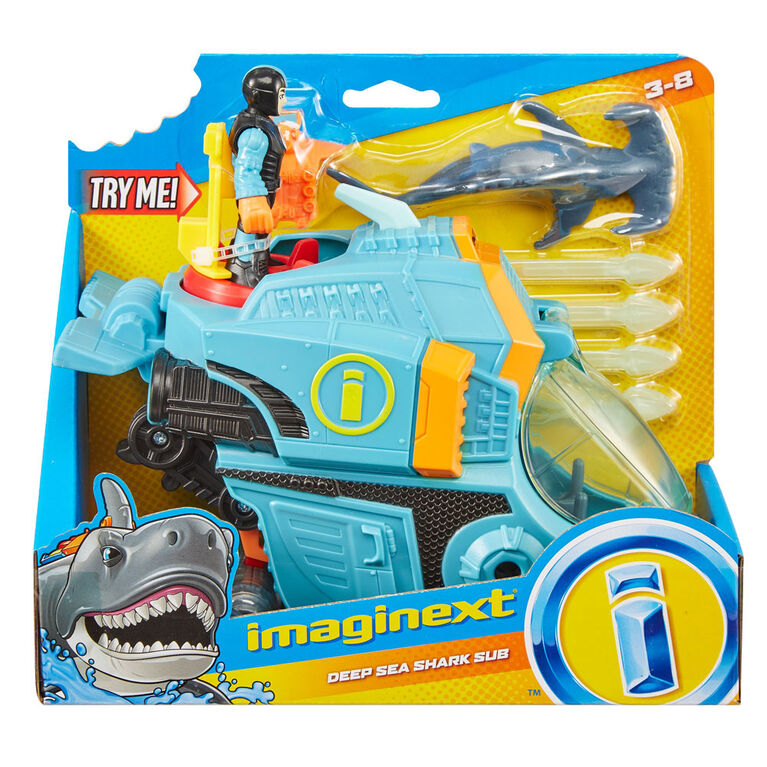 Pinch to zoom
When the shark patrol scuba team spots a hammerhead shark in the ocean, there's only one solution: the Deep Sea Shark Sub! Turn the top Power Pad to open the cockpit and send the figure "diving" into action. Press the buttons on each removable side launcher to send projectiles zooming. With the shark in sight, turn the Power Pad to release the underwater clamp. Gotcha! Imaginext Imagine What's Next!