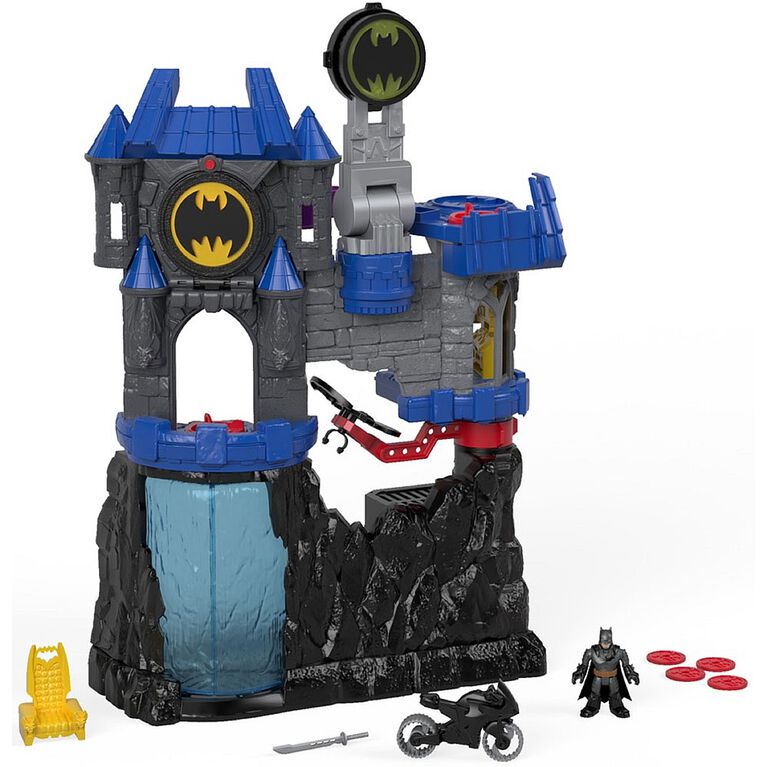 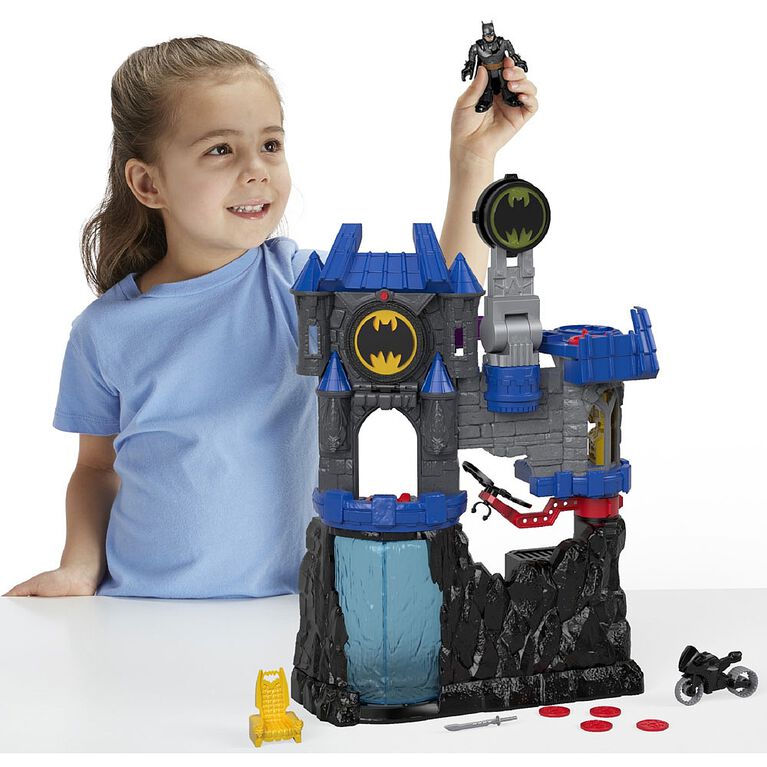 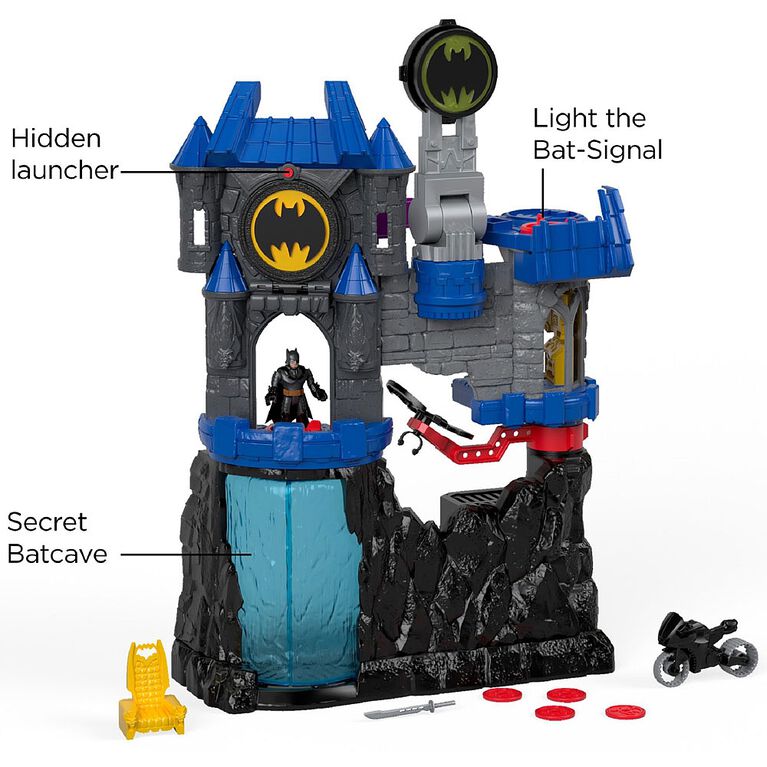 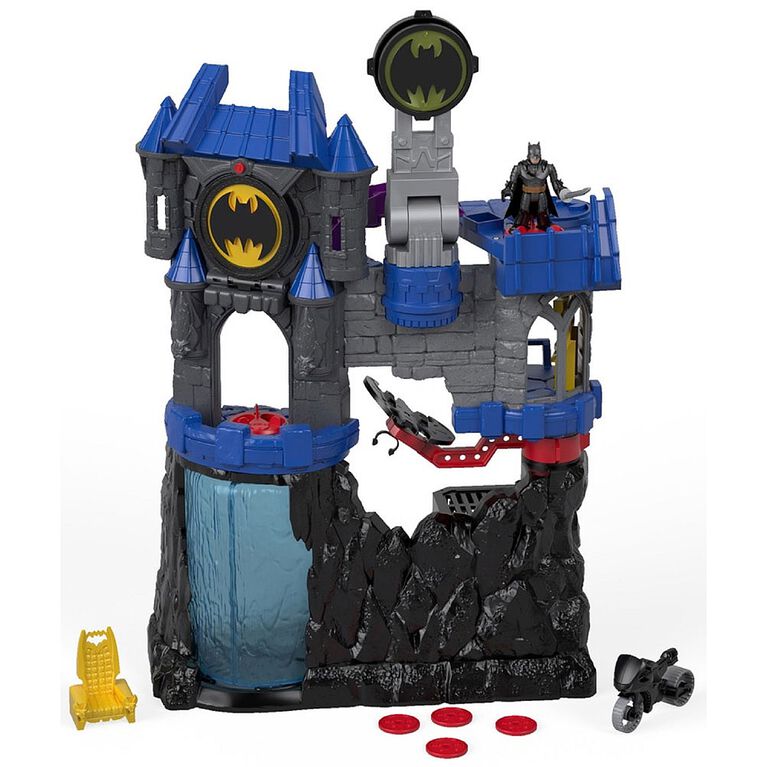 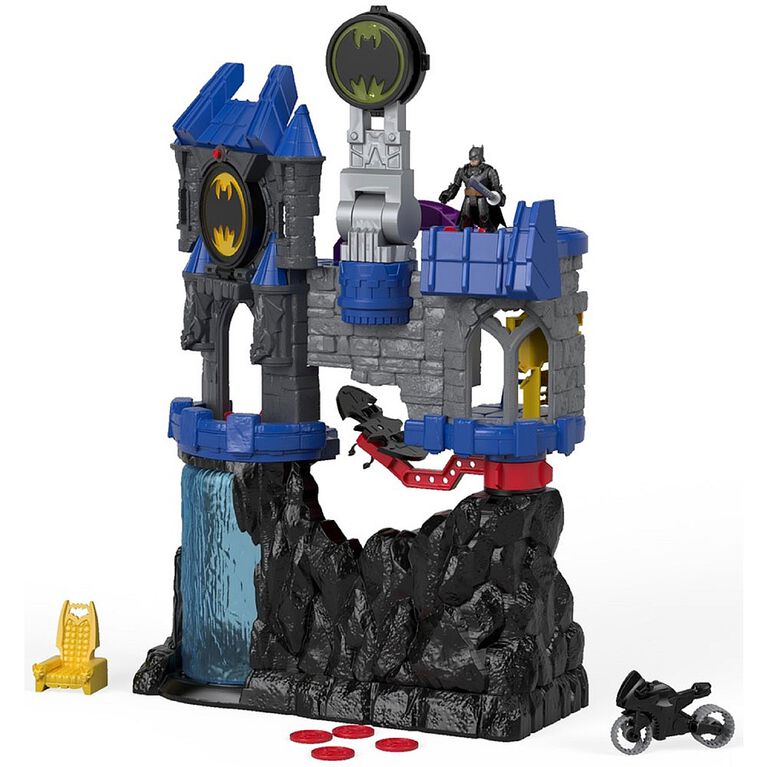 With this Fisher-Price Imaginext DC Super Friends Batcave, young Super Heroes can take the action from Wayne Manor to the secret lair below (and back again), creating their own exciting Gotham City adventures with Batman. Send super villains running for cover with a secret disk launcher, soar into action on the glider, take to the streets on the Batcycle, and more! Fisher-Price Imaginext Imagine What's Next!