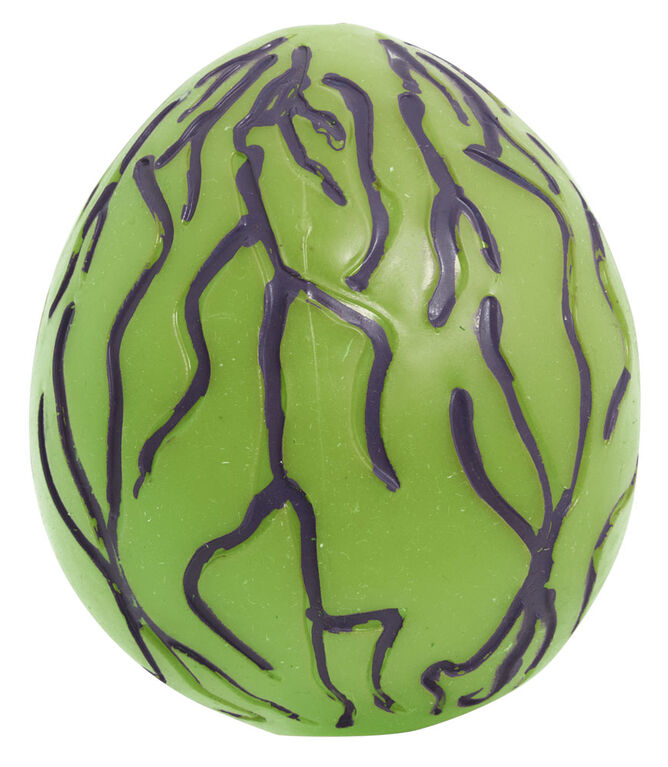 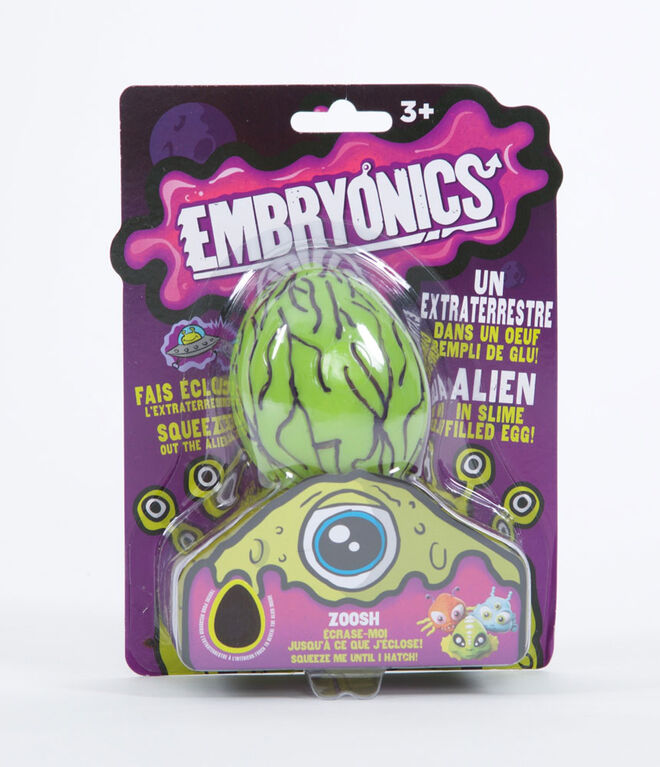 Embryonics Hatching Alien with Slime - When the egg is squeezed the outside surface bulges and through the thin membrane, slime and a strange embryo spills out! Make the choice to keep the egg as mysterious squidgy object OR squeeze the egg to burst and hatch the mysterious embryo! Six in each series to collect! BRAMBO's focus is to offer fun, inspiring and creative toys for boys and girls of all ages! From impulse and novelty items to craft and STEM; BRAMBO has formative, educational toys that make an impact in the market space!

Rub or squeeze the egg in two hands until the egg splits open and the alien and slime oozes out!

Magic revealer - Touch to reveal the alien inside!