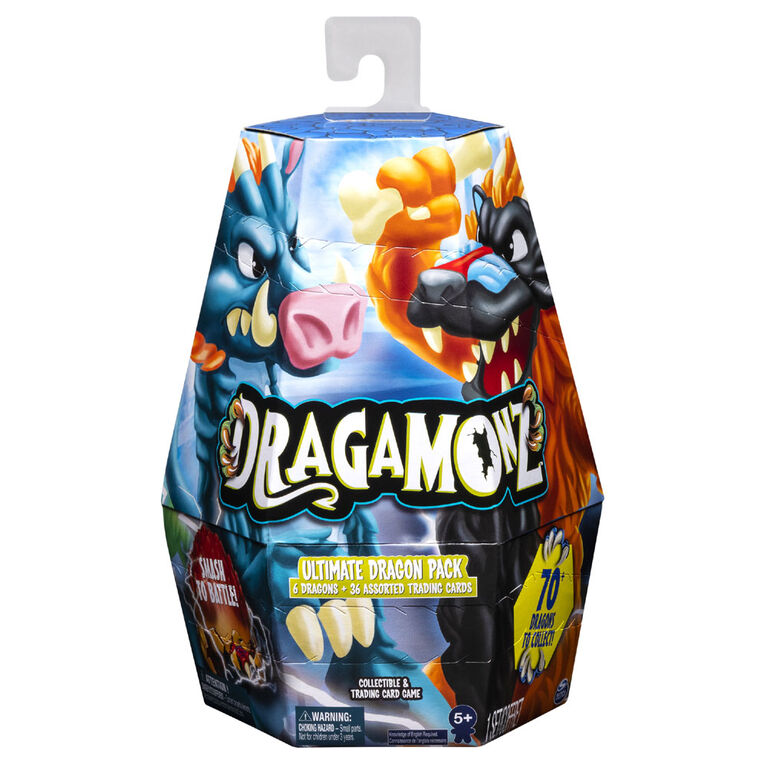 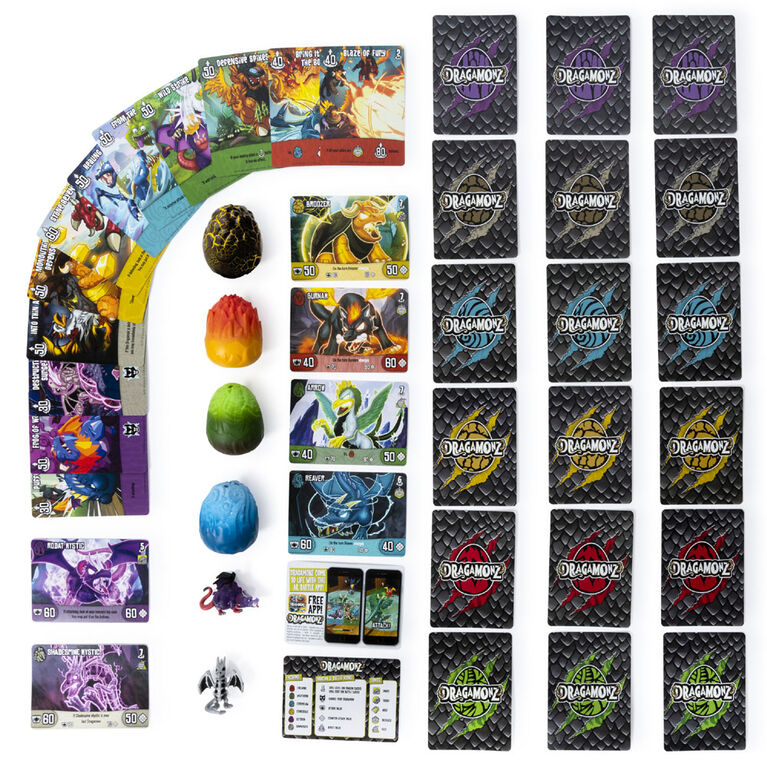 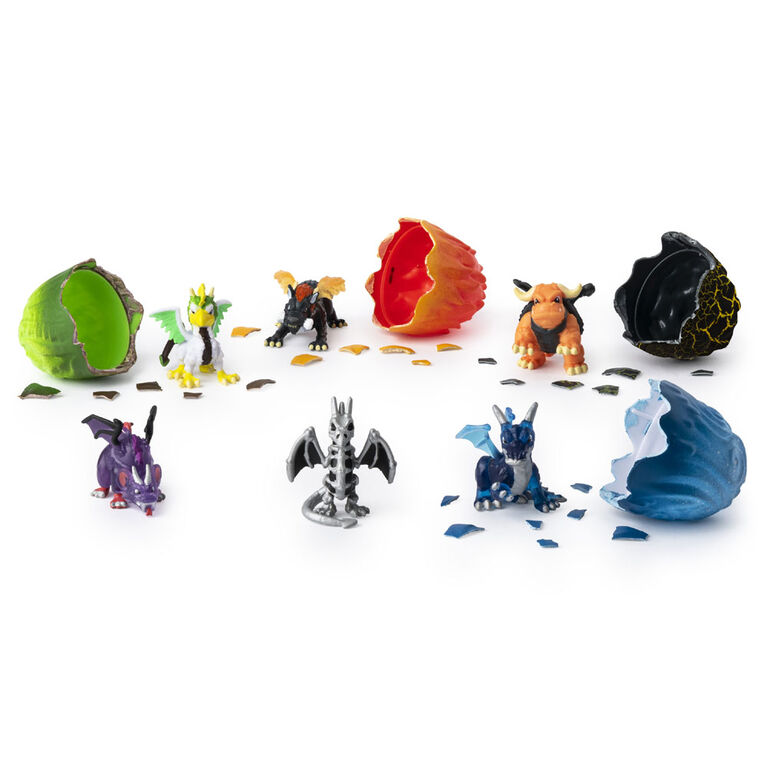 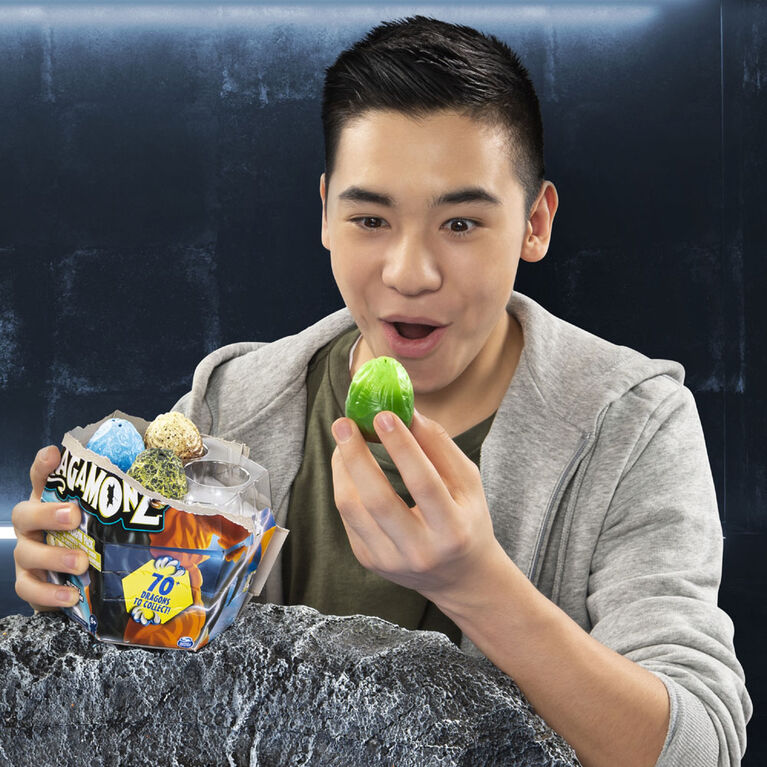 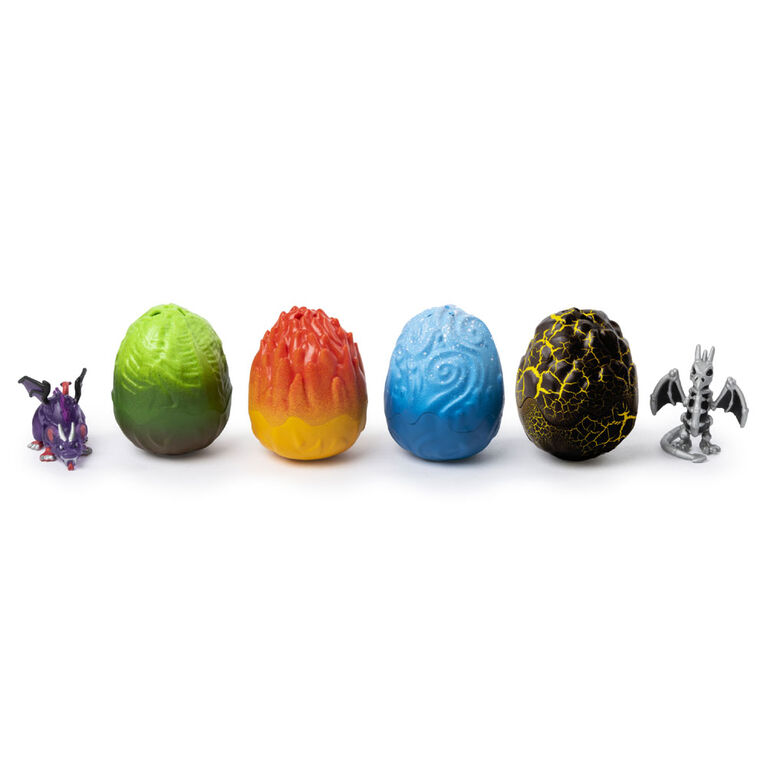 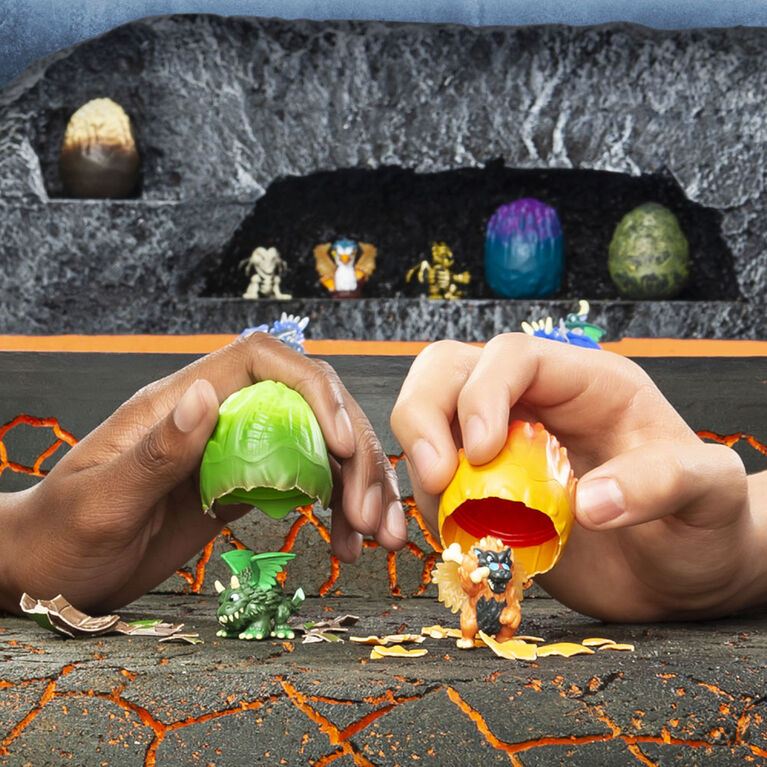 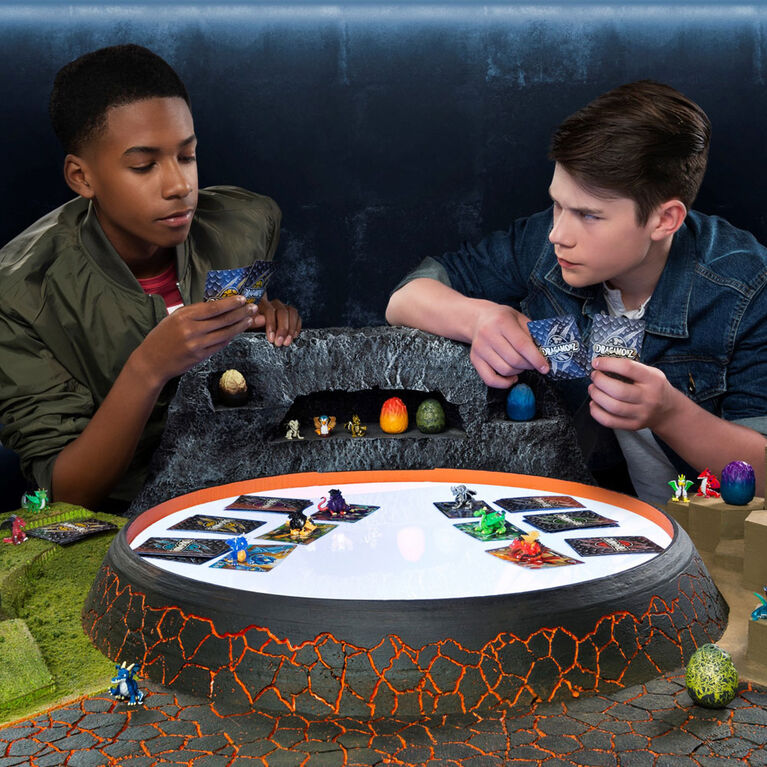 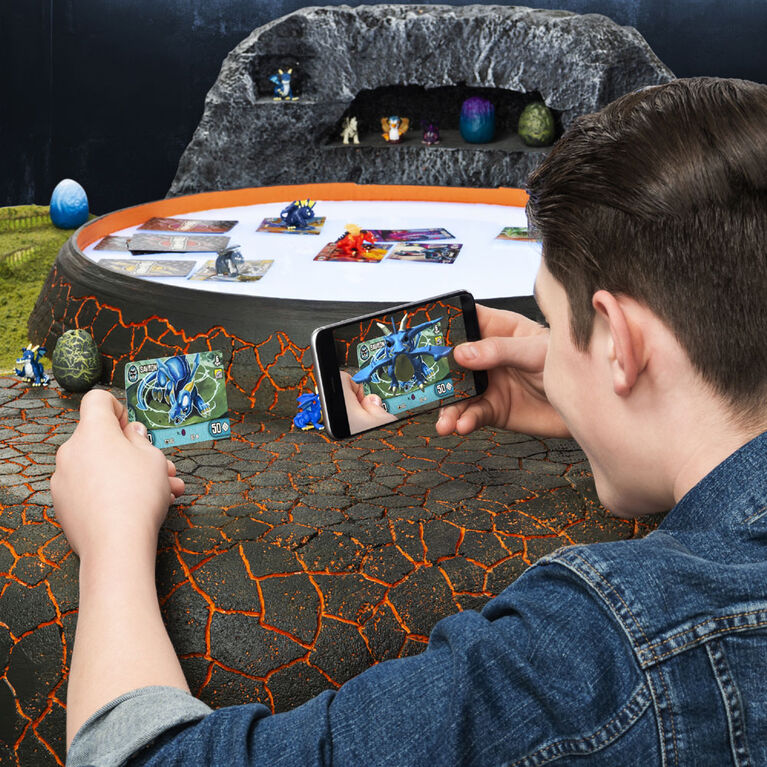 Pinch to zoom
Are you ready to SMASH into the world of Dragamonz? The Ultimate Dragon 6-Pack comes with everything needed for the ultimate two-player battle right out of the pack: four Dragamonz in-egg, two Dragamonz out-of-egg, six dragon cards and 30 battle cards. Smash open the uniquely sculpted eggs to reveal the mystery Dragamonz figures hidden inside! With over 70 Dragamonz to collect, including the coveted Rare Mystics and Legendary Mystics, build your very own powerful dragon army. Collect your favorite Dragamonz heroes, then summon your army, build your battle decks and battle against your friends with the Dragamonz Trading Card Game! Unleash the power of Dragamonz with the Ultimate Dragon Pack!