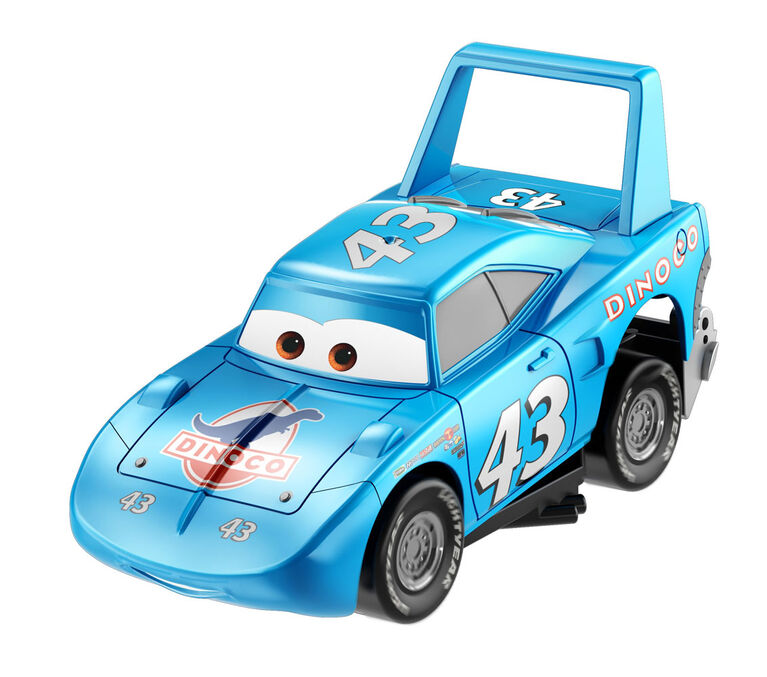 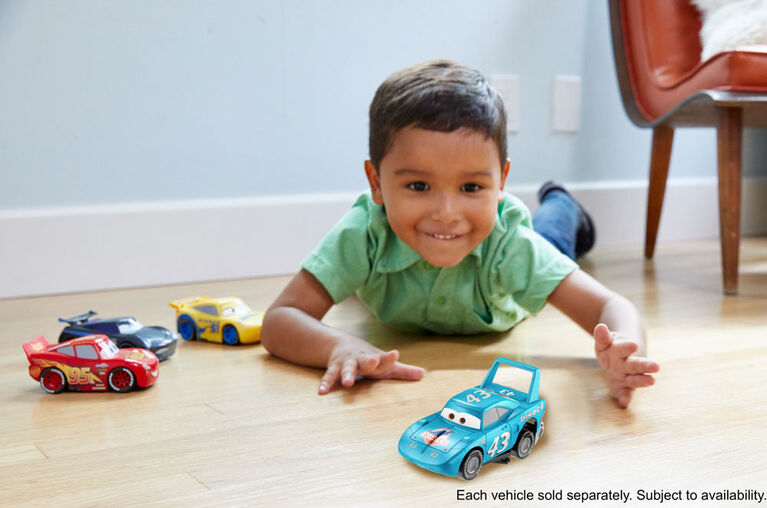 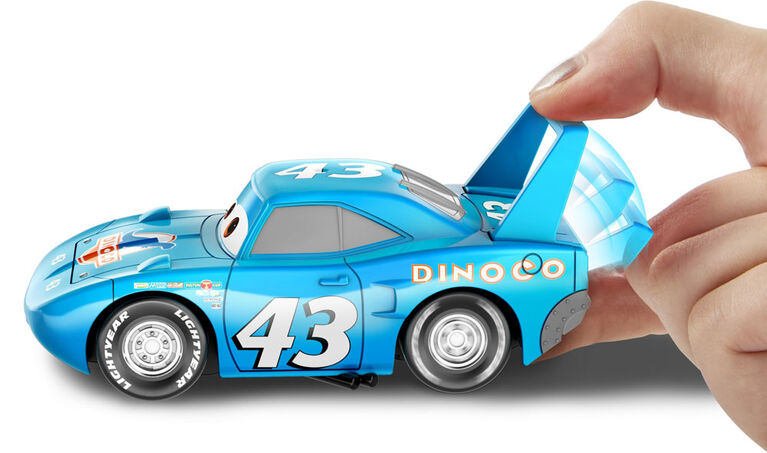 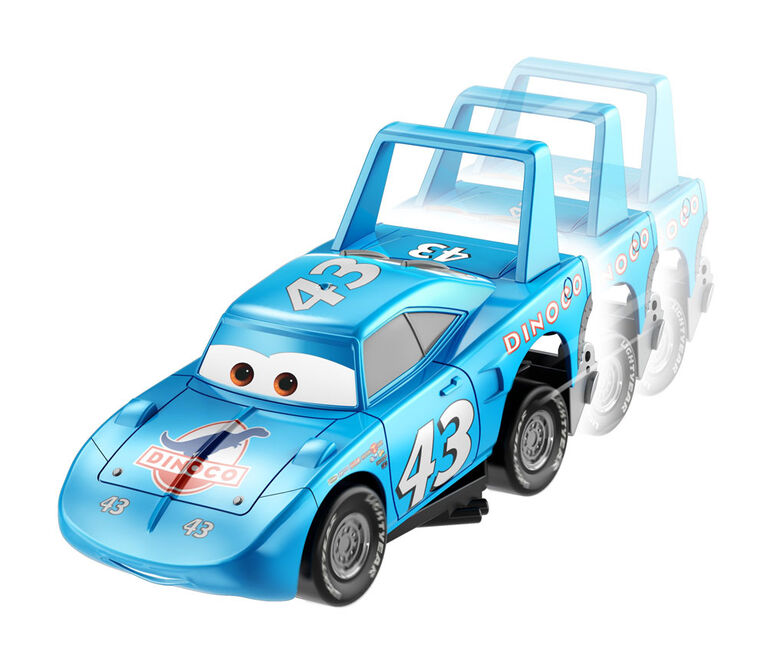 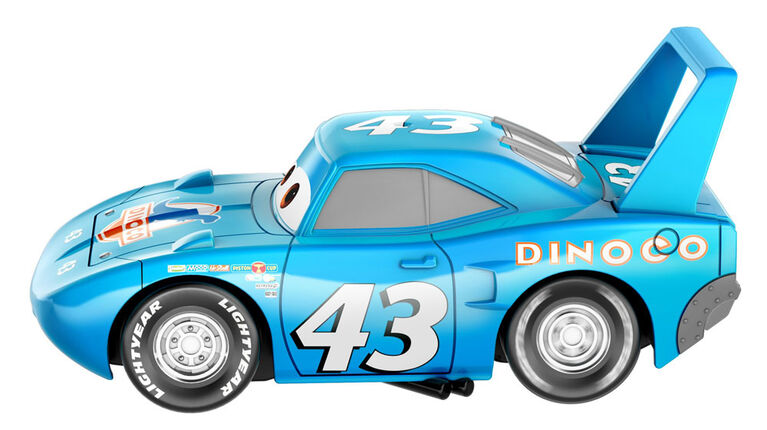 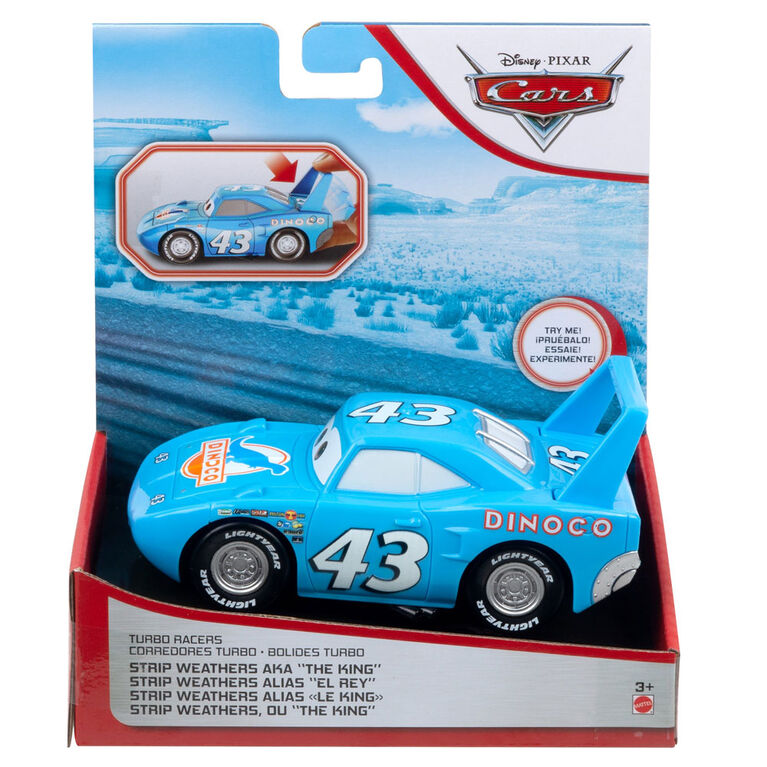 Get new Cars 3 racing action with Disney/Pixar's key characters! Pump the spoiler on each of these favorite hotrods and you will charge them up for turbo speed! Set them up at the starting line, and release. See your vehicle fly up to 10 feet! The full assortment includes 4 favorite racers Lightning McQueen, Dinoco Cruz Ramirez, rival Jackson Storm and "Next-Gen" competitor Danny Swervez. Each vehicle sold separately, subject to availability.