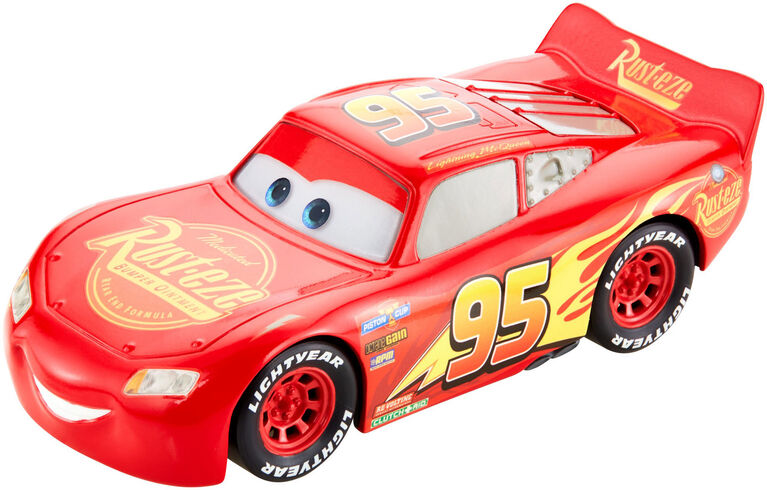 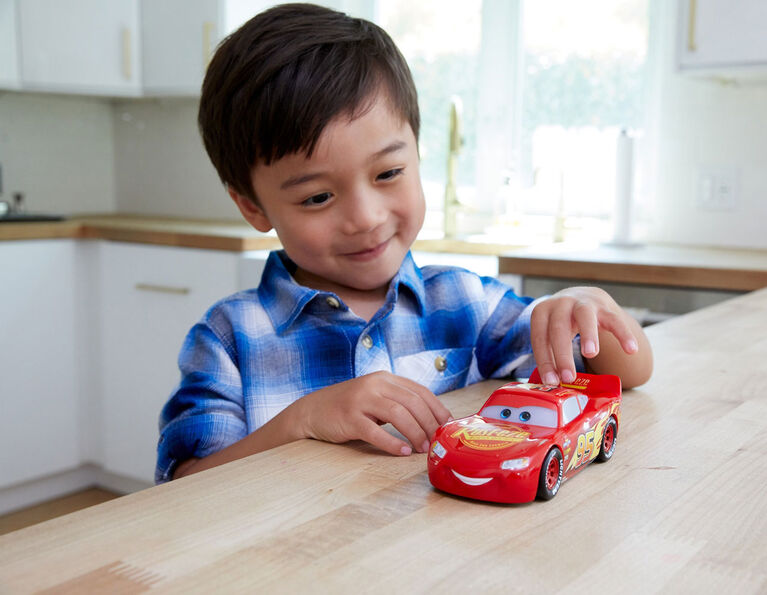 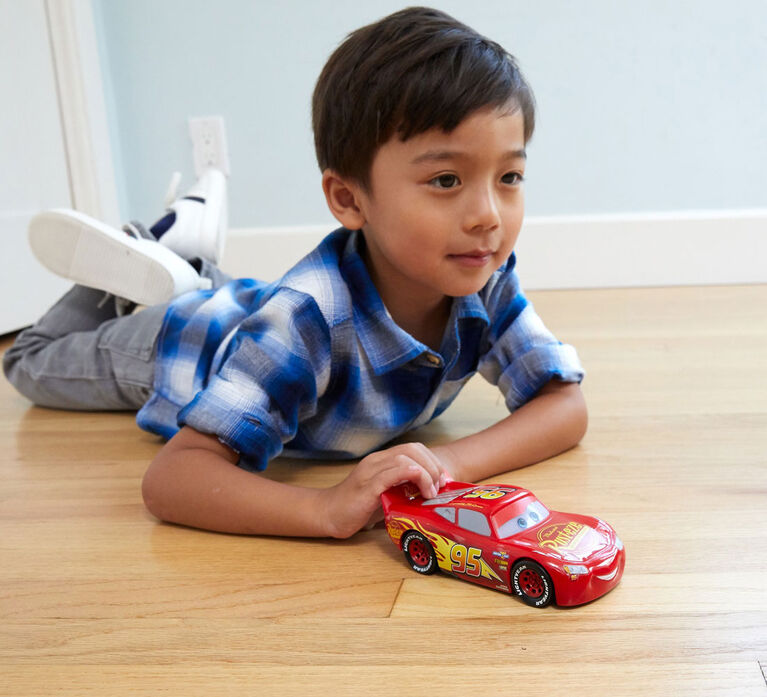 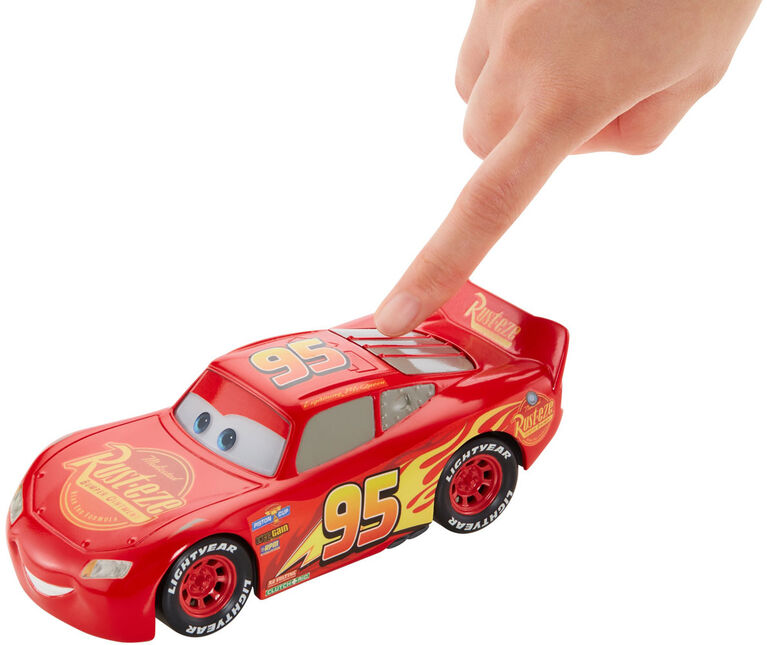 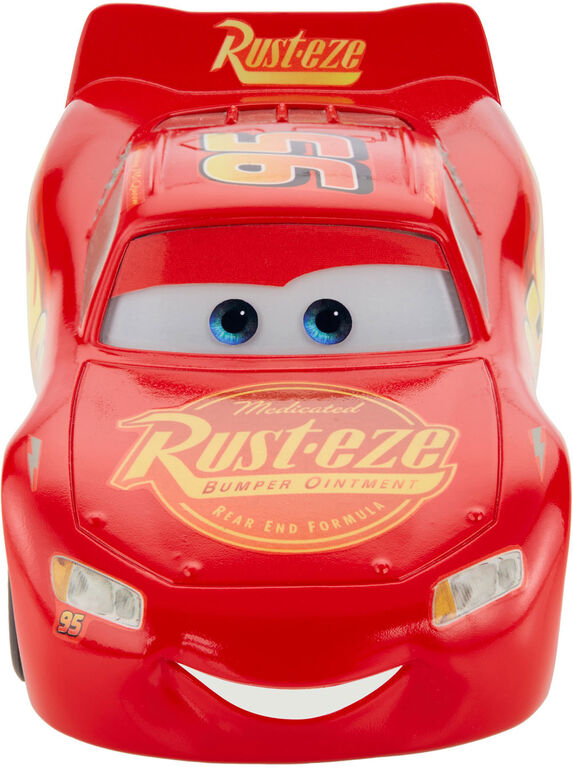 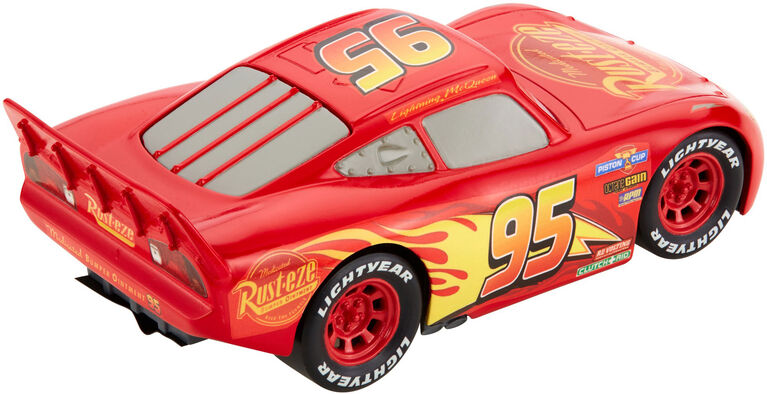 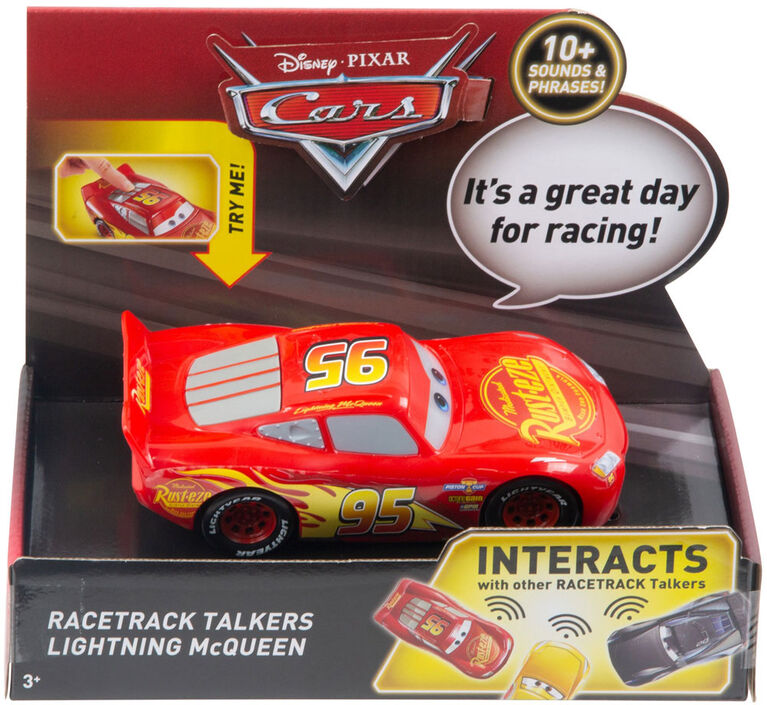 Disney/Pixar's Cars characters now recognize and interact with one another like they do on screen! Kids will have a blast playing with these vehicles alone or together! Each iconic character car has 10+ sounds and phrases, and you can unlock more as you add their friends to your collection. They can also recognize multiple vehicles at the same time for true-to-movie interaction! Just put the vehicles in close proximity to one another press the button on their roofs and hear them greet friends or challenge competitors to race! These special talking Cars movie vehicles include favorite lead characters from Cars 3 Lightning McQueen, Rust-Eze Cruz Ramirez, and Jackson Storm. Choose them all and hear them come to life for hours of realistic Cars movie play. Each vehicle sold separately, subject to availability.