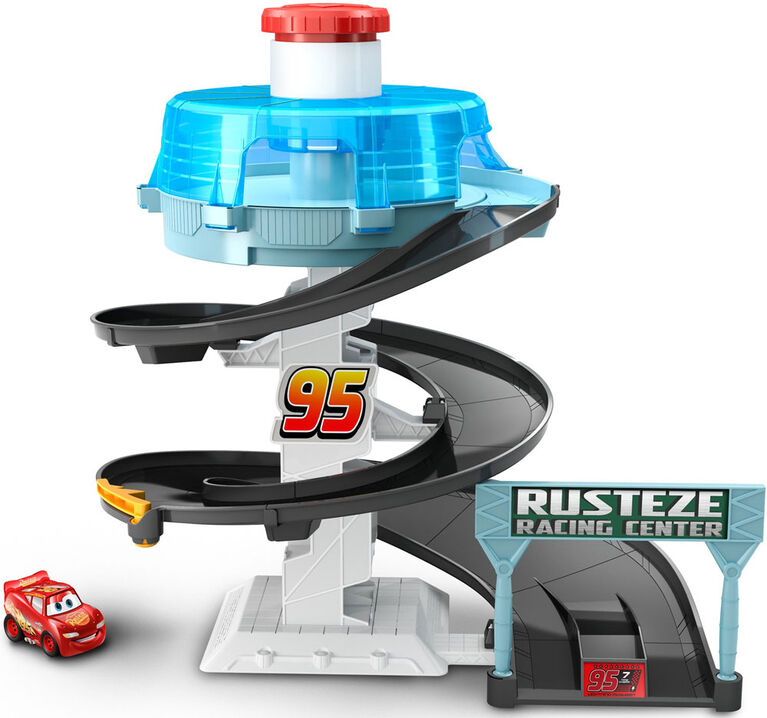 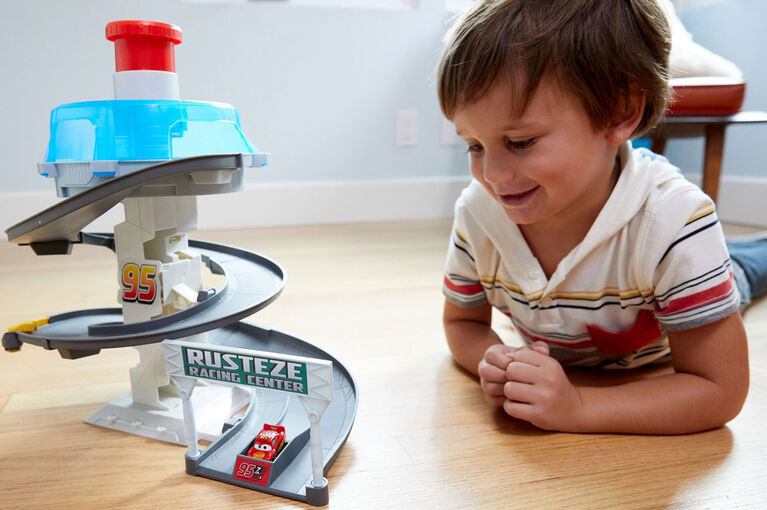 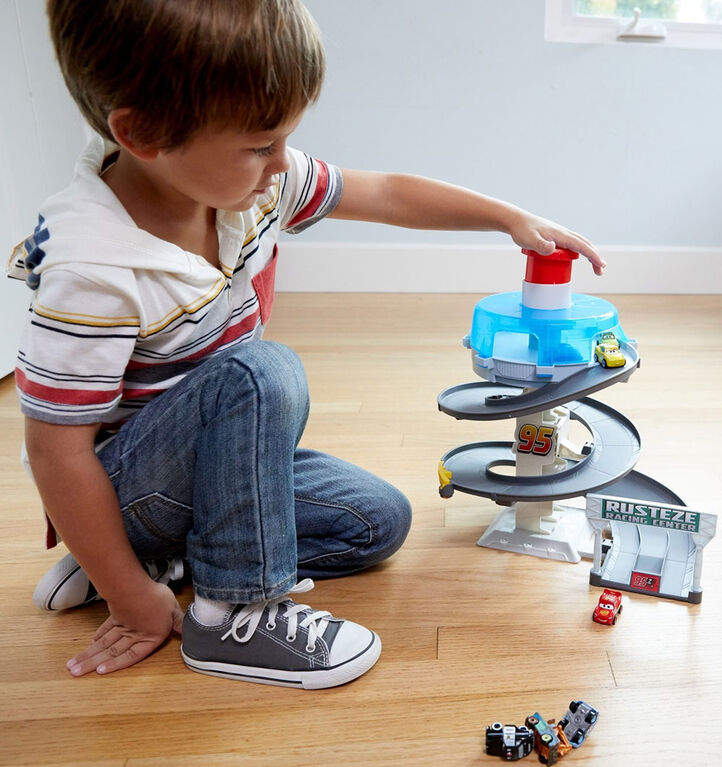 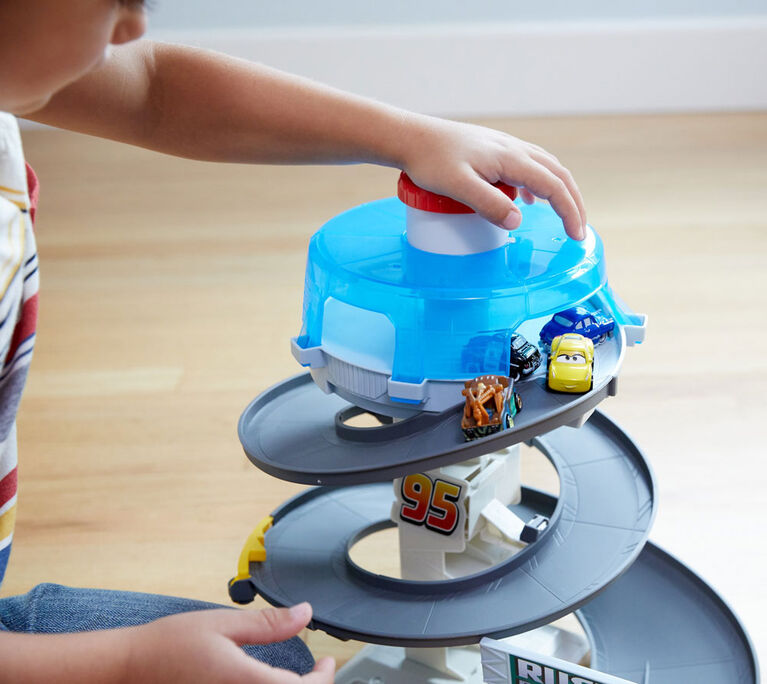 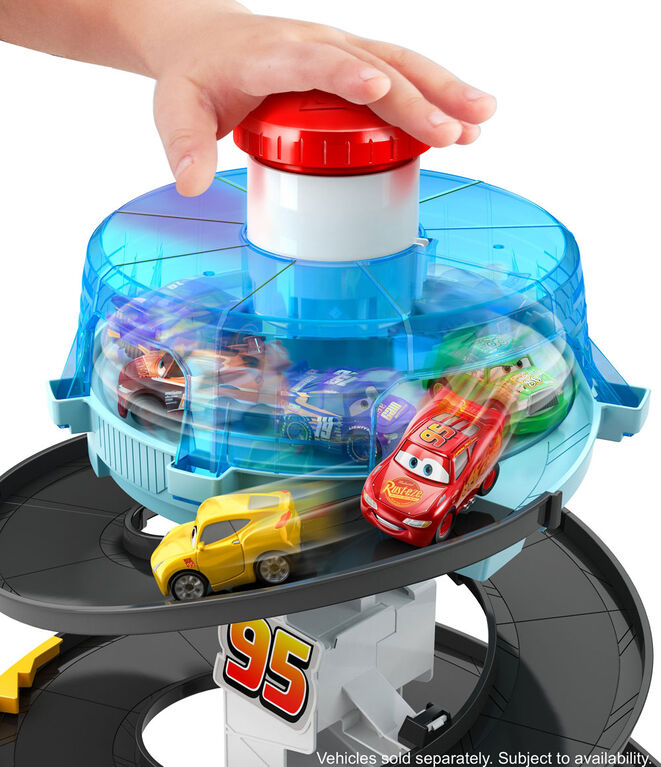 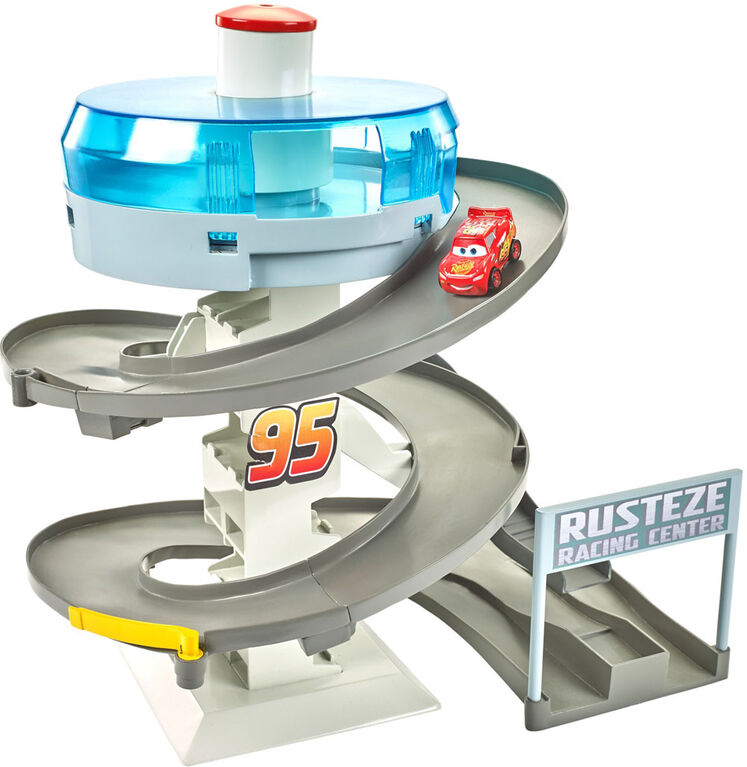 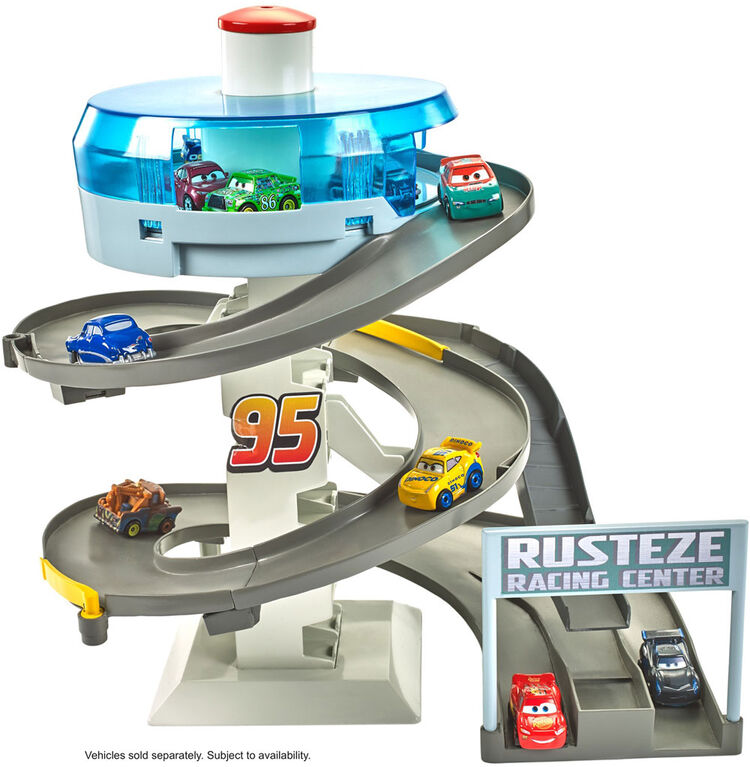 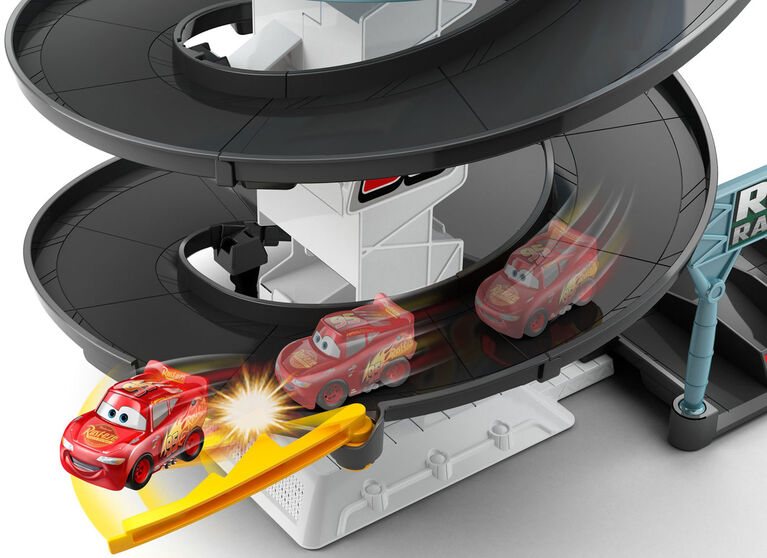 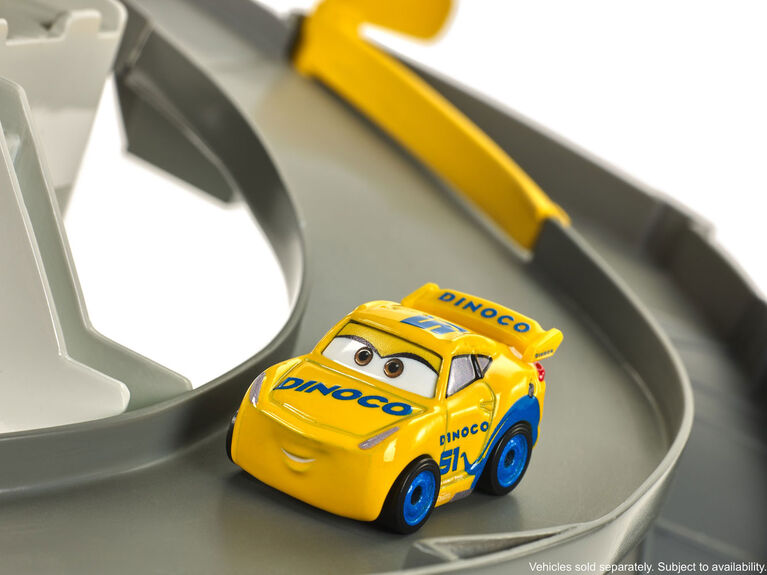 This Disney/Pixar's Cars Mini Racers playset packs big action and crazy fun. Set your best three competitors at the top of the spiral course, and then pump, pump, pump the red button. The mini vehicles blast off at high speed! Watch the cars race and spin down the course as they hit bumpy detours along the way. Try to avoid the diverter and the crash wall or you will shoot off of the track and lose the competition! This speedy cool and compact set stores up to 12 Mini Racers so you can race with all of your favorite characters, challenge all of your friends and take the fun on the go, go, go. Includes Mini Racers Lightning McQueen. Other Mini Racer vehicles sold separately, subject to availability.