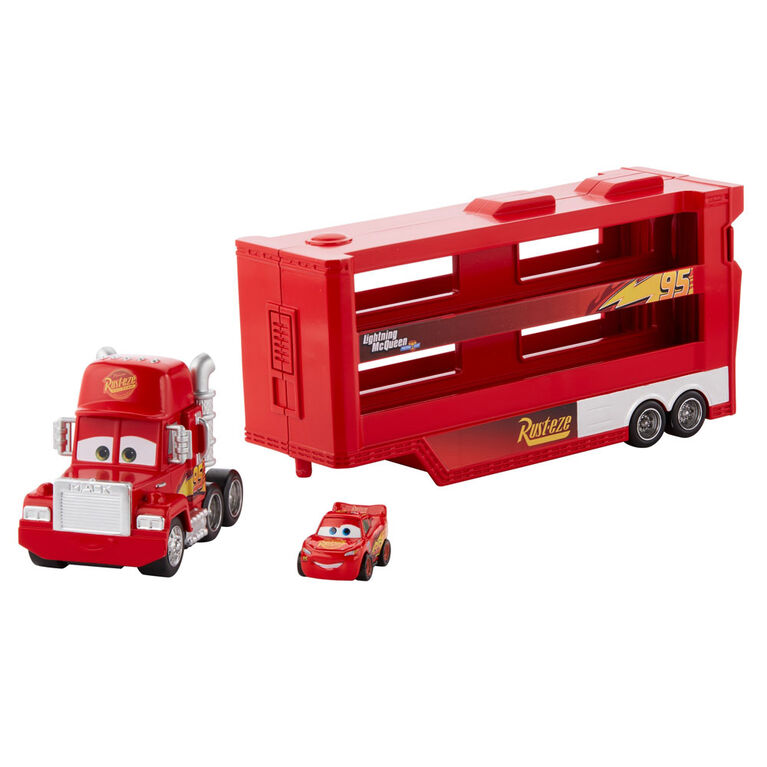 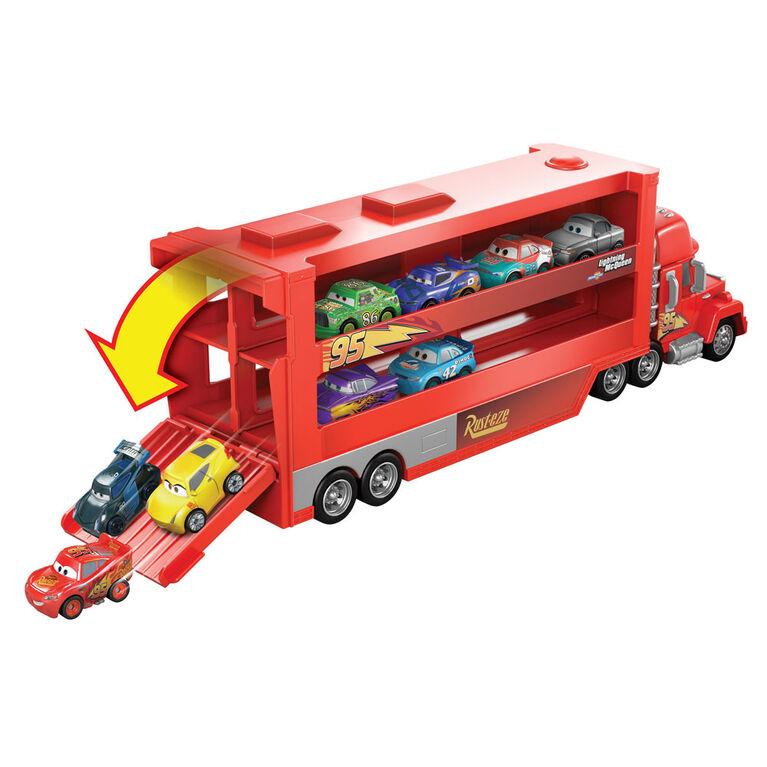 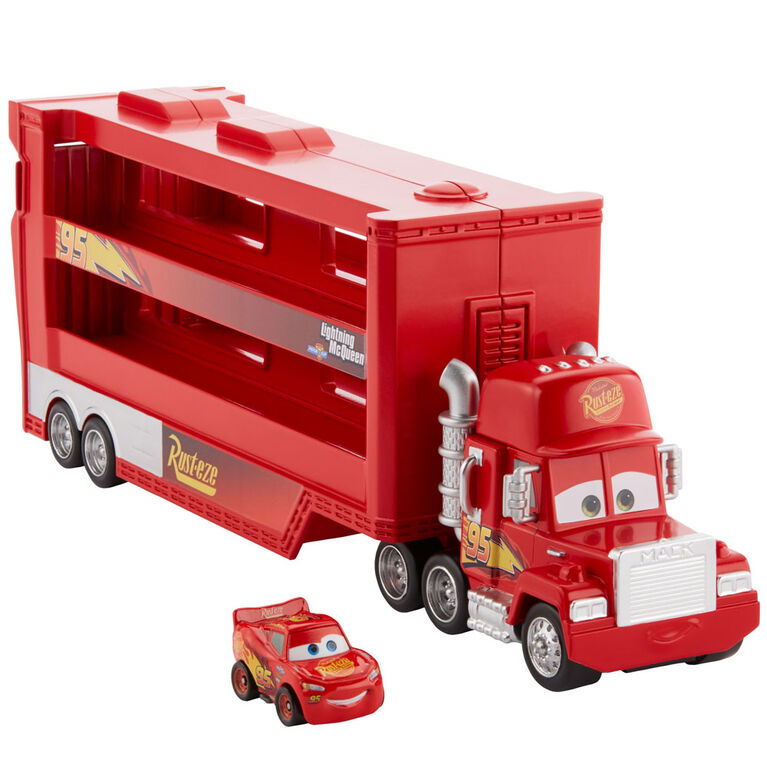 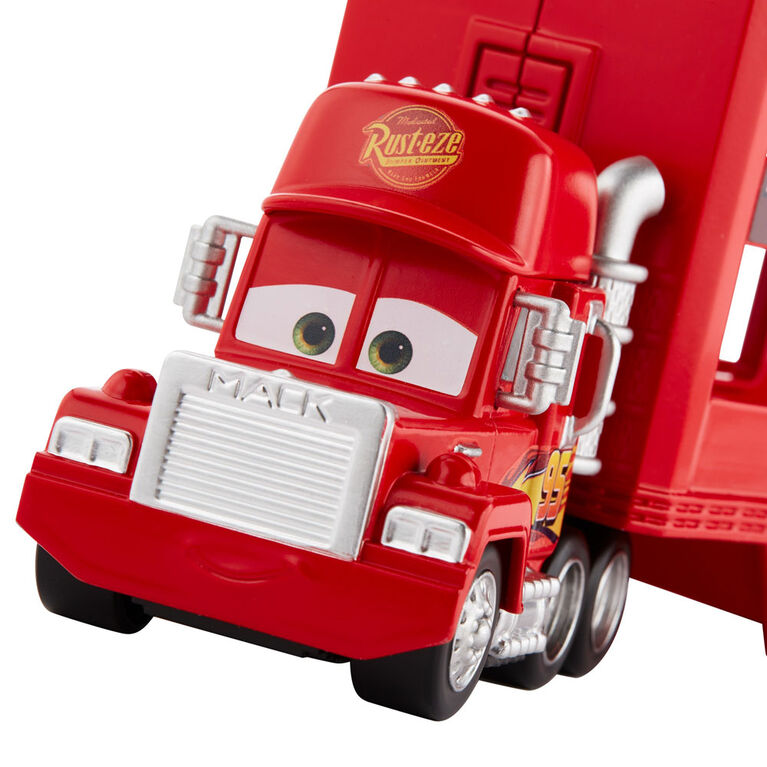 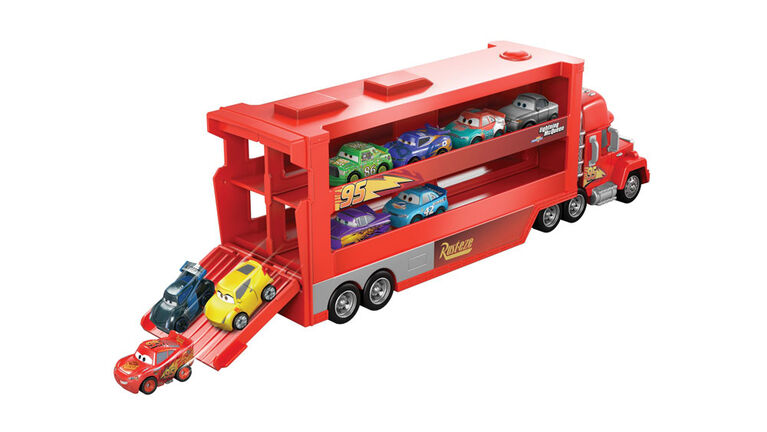 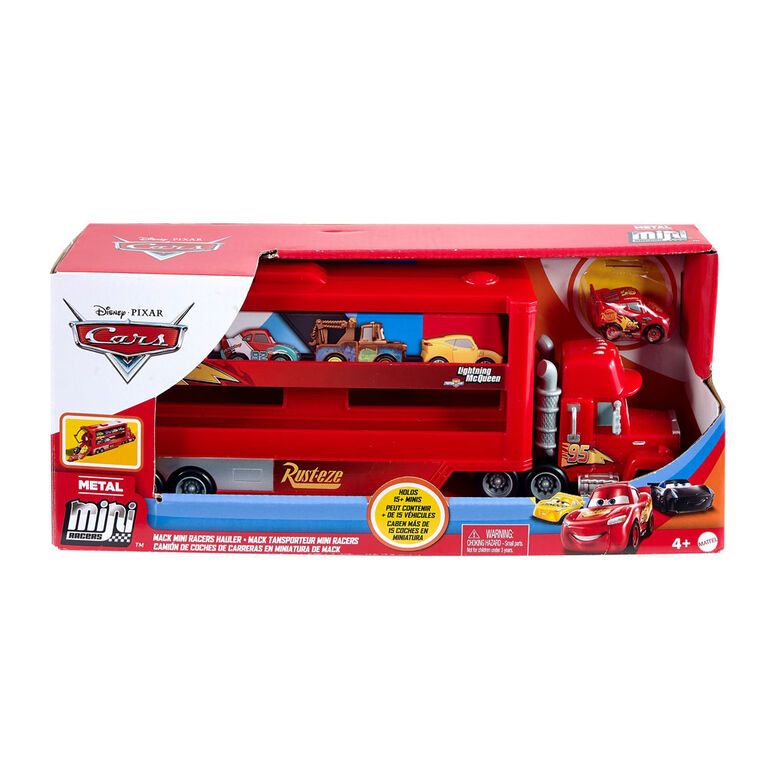 Pinch to zoom
Take your favorite Mini racers from Disney and Pixar Cars on the road to victory in their themed haulers! Choose from Lightning McQueen's transporter, Mack and Jackson Storm's infamous carrier, Gale Beaufort. Each transporter holds up to 18 metal mini vehicles and comes with a cool extendable ramp to move your champion racers in and out. Haulers have been designed with the iconic details and all the personality that fans come to expect from Cars characters. And each transporter comes with the vehicle that it's famous for getting to the races on time: Gale Beaufort Transporter comes with a mini die-cast Jackson Storm racer, and Mack comes with a mini die-cast Lightning McQueen racer! Kids can collect both and take two of the racing greats down many roads to victory! Transporters sold separately, subject to availability. Colors and decorations may vary.