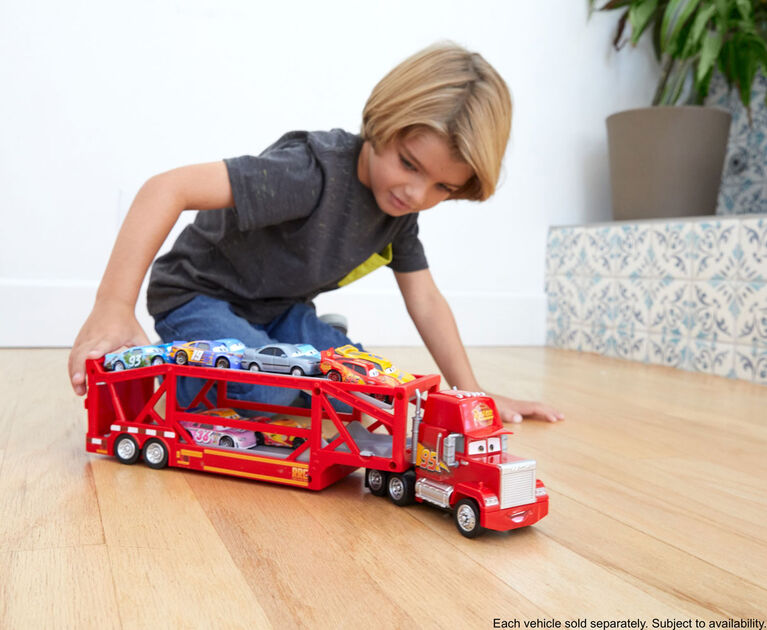 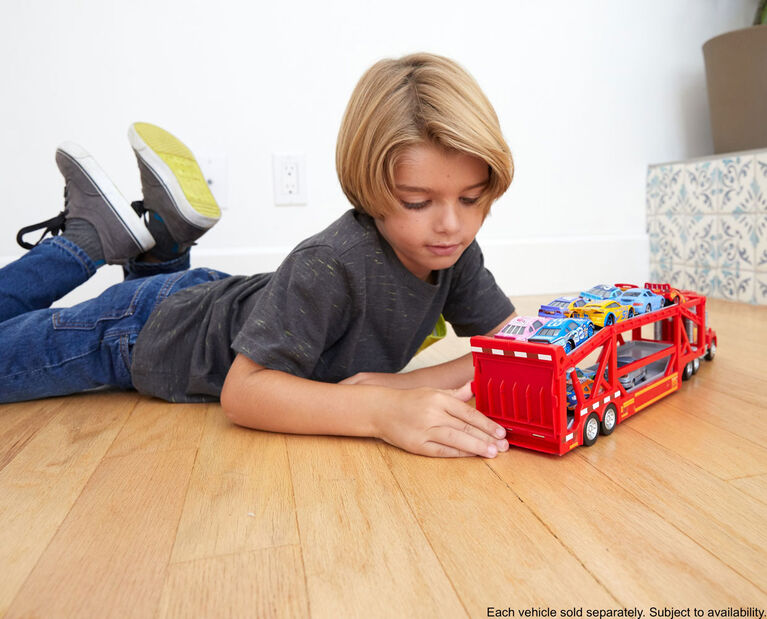 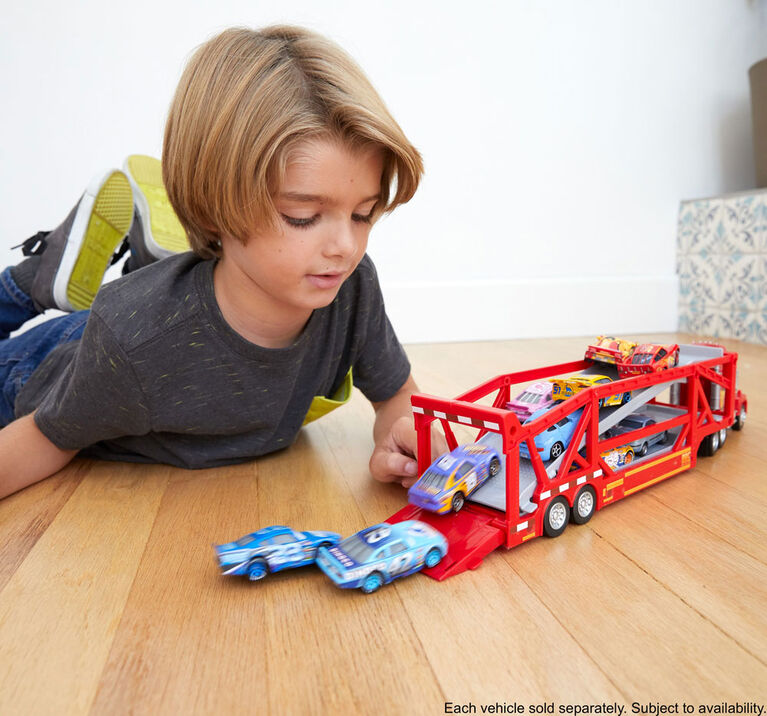 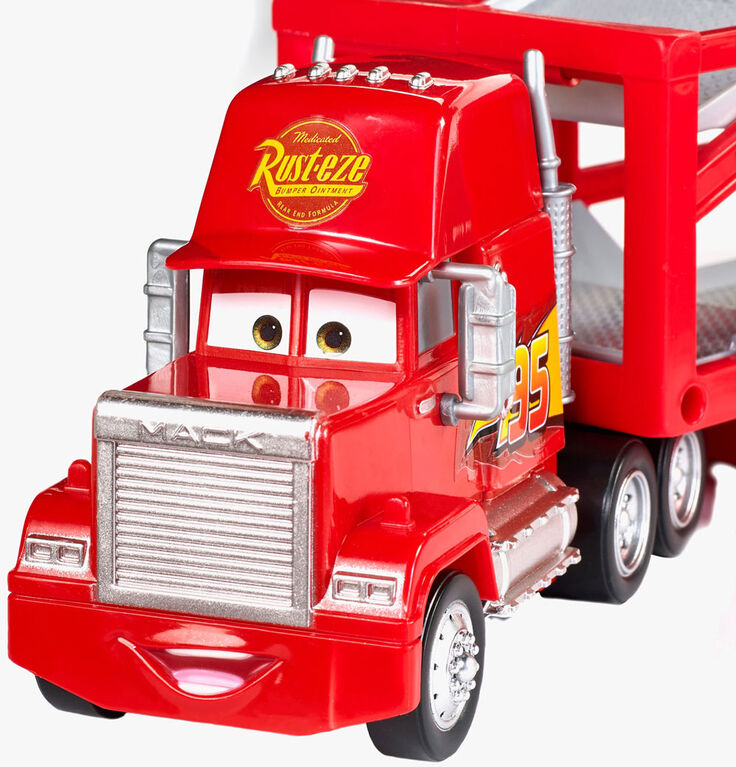 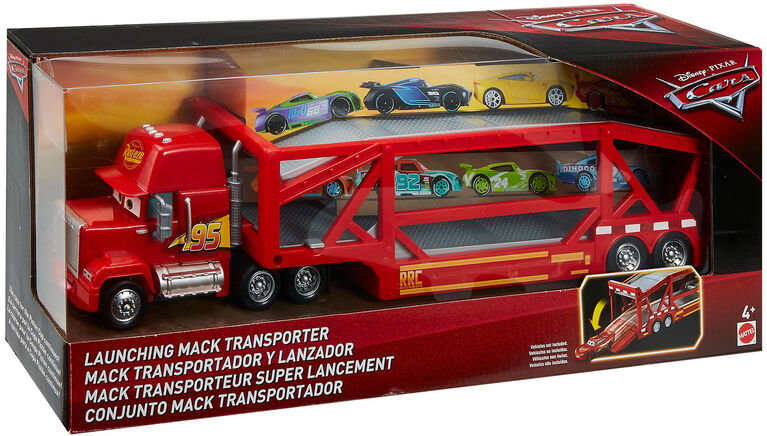 Take your Disney/Pixar's Cars racers on the road to fun with this true-to-movie Mack Transporter. Measuring a whopping 17" long, Mack has iconic red coloring and sponsor logos and holds a fleet of up to 15 die-cast vehicles! Load 'em in and hit the road to adventure. When you arrive at your next race, simply tilt Mack's truck to roll the cars down the ramp and launch them on the road to victory. This exciting two in one toy truck lets fans recreate favorite scenes, store their best racers and keep the Cars fun going and going! Die-cast vehicles sold separately, subject to availability.