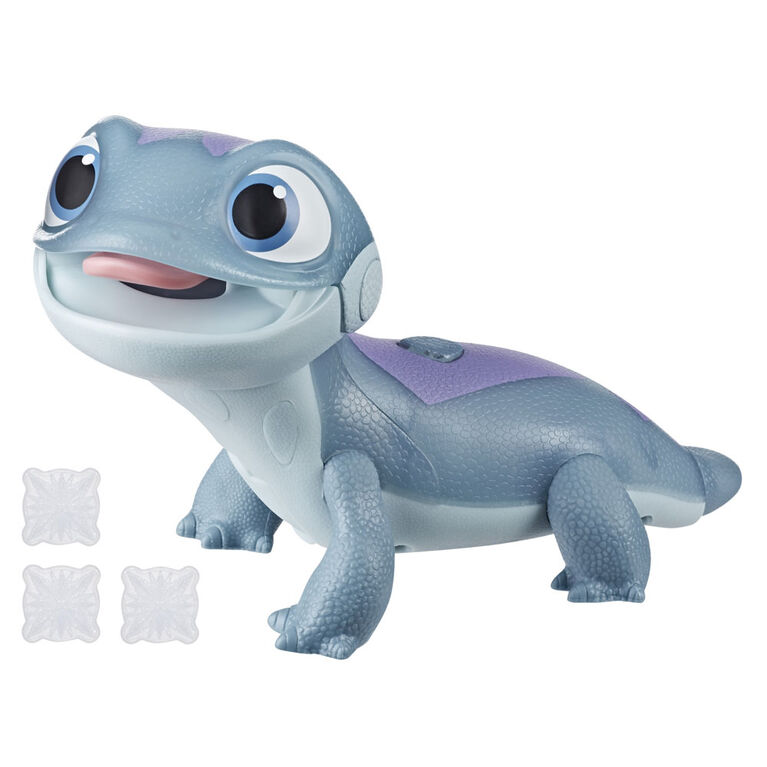 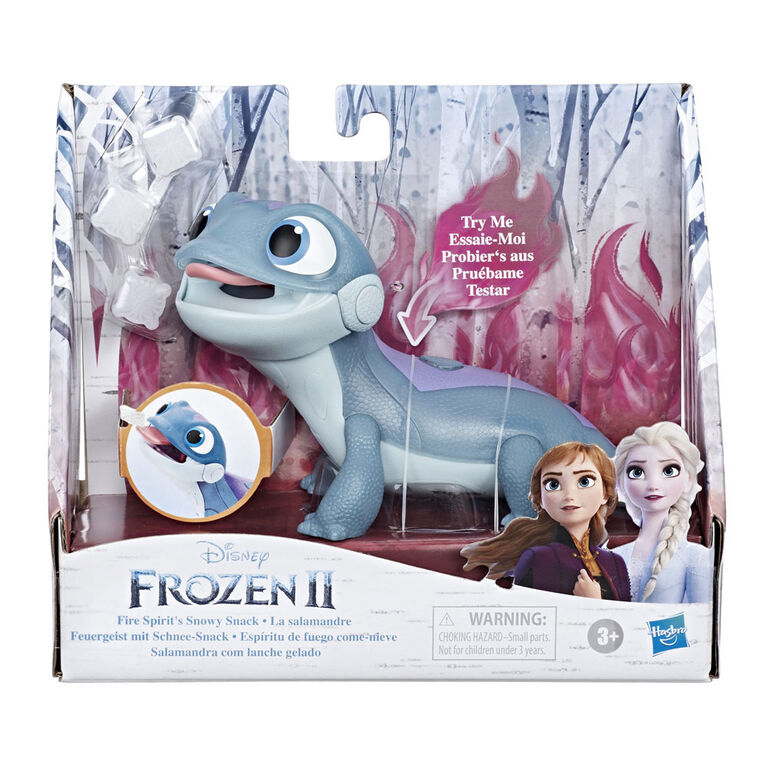 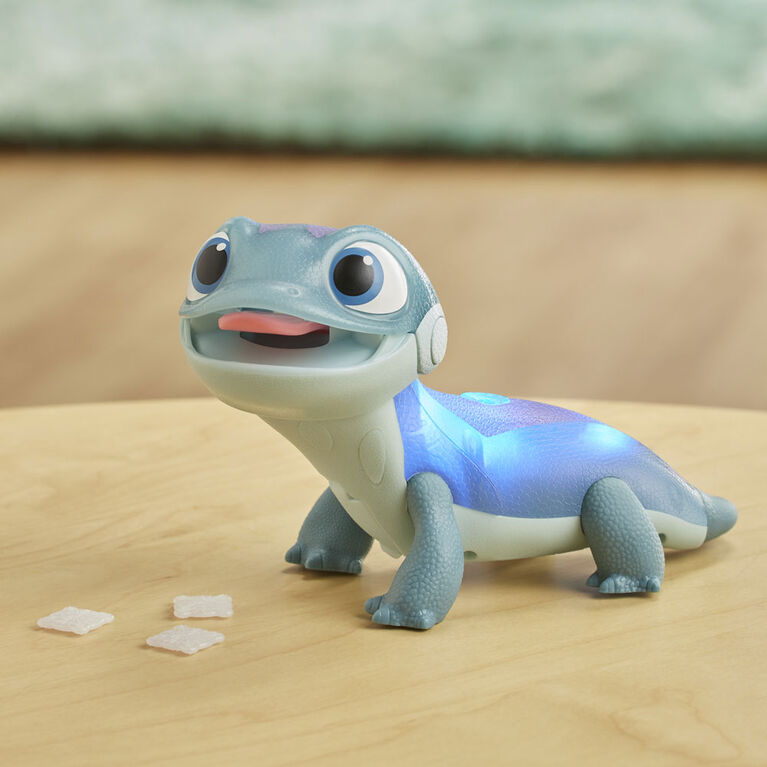 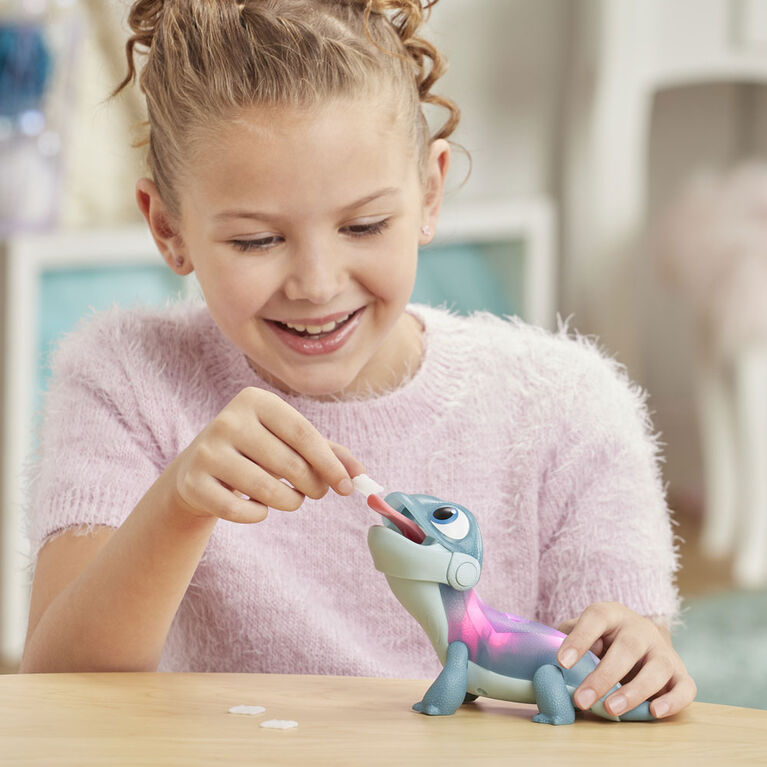 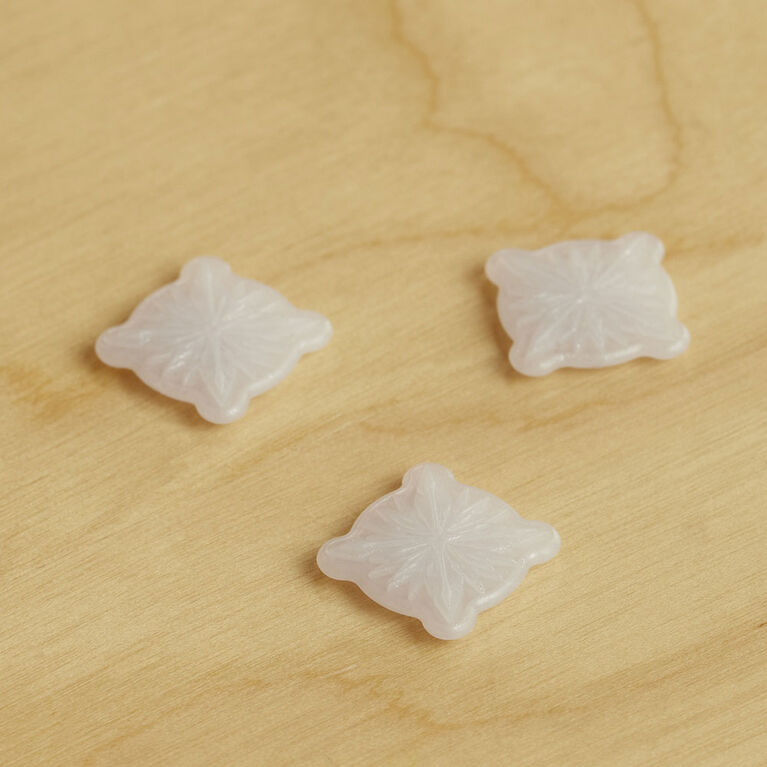 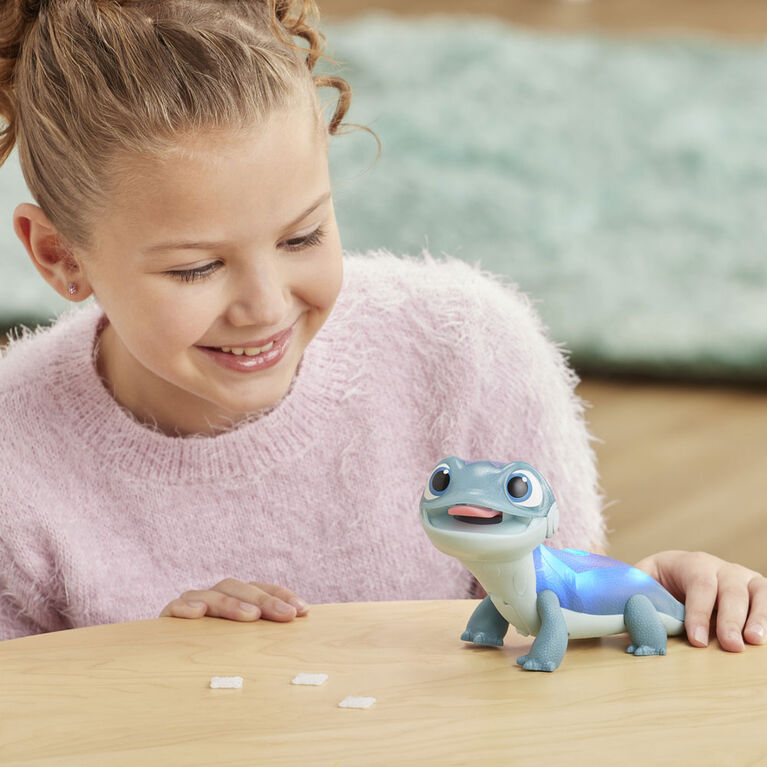 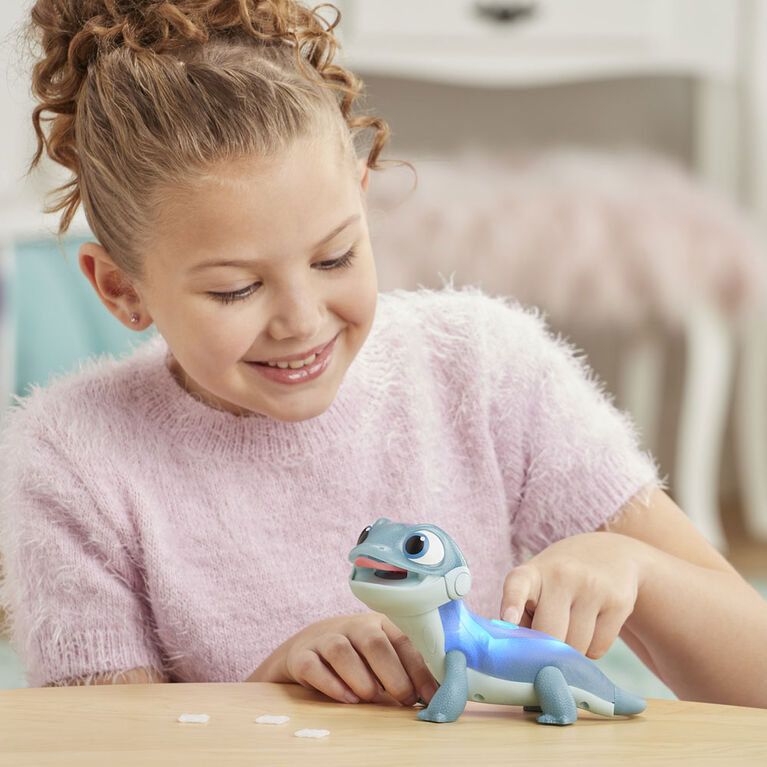 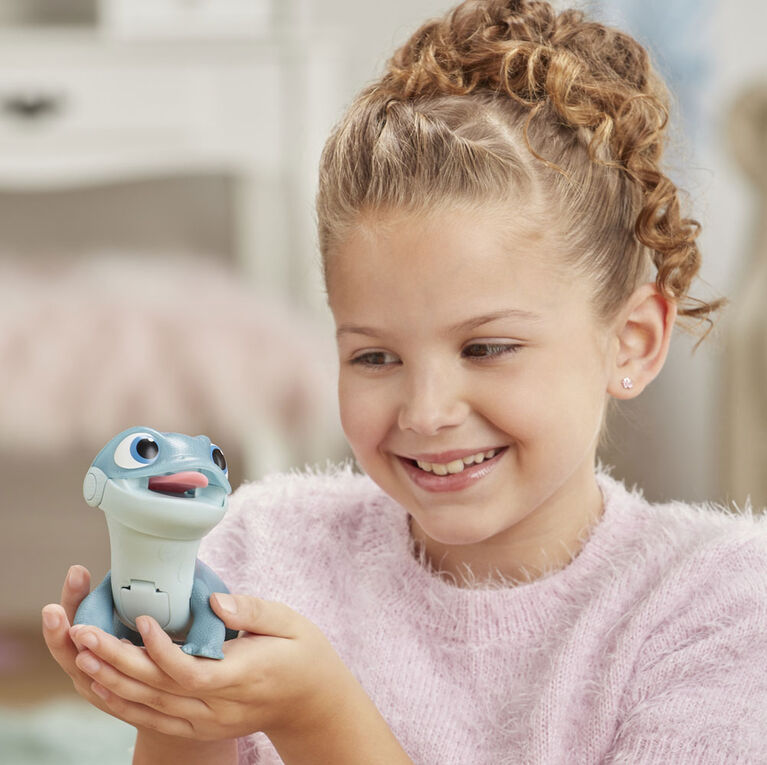 
In Disney's Frozen 2, this curious and cute salamander inhabits the Enchanted Forest. Though shy at first, Bruni can't help but be drawn to Elsa's icy magic and enjoys the cool snowflake treats she creates.

Kids and fans who fell in love with the adorable salamander in the movie can take it home with them in the form of this Disney toy. Bruni the Salamander toy has a captivating light effect, with colors that change from fiery pink to soothing blue. Kids will love pretending to calm him down by feeding him icy snowflake accessories, and watching the light on its back change from hot pink to cool blue! Tilt the figure's chin up to activate the pink light, mimicking its feisty attitude in the movie. Push down on its head to change the color to a calming blue. Feeding the Bruni the Salamander a snowy snack will also change the light to blue, just place the snowflake on its tongue and press down. Open the trap door in the toy's chest to release the snowflakes, and feed Bruni again and again.

Look for other Frozen toys, including an Elsa doll and Anna doll, to expand a Disney doll collection and keep the adventures going! (Each sold separately. Subject to availability.)

Copyright Disney
Hasbro and all related terms are trademarks of Hasbro.