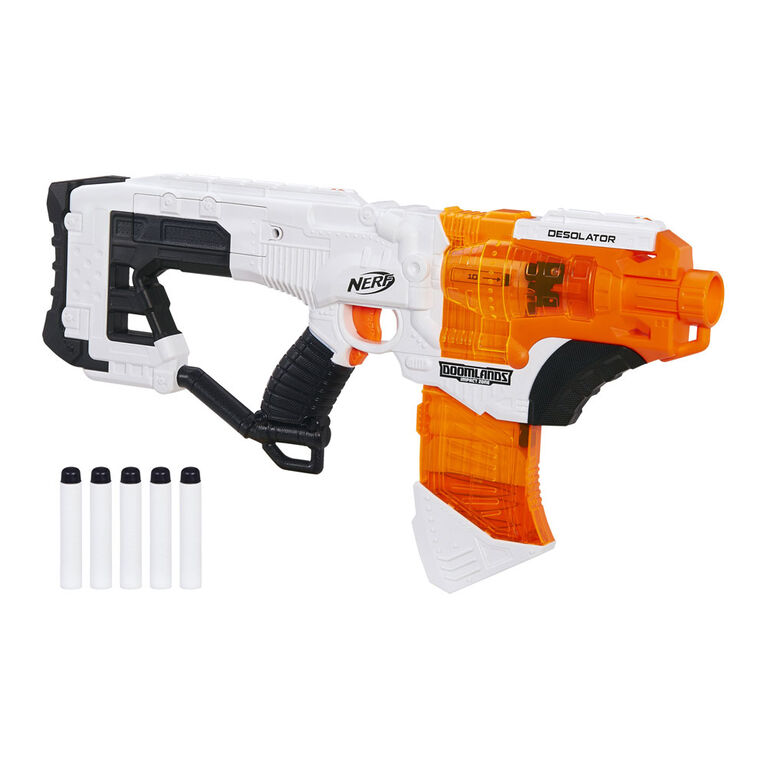 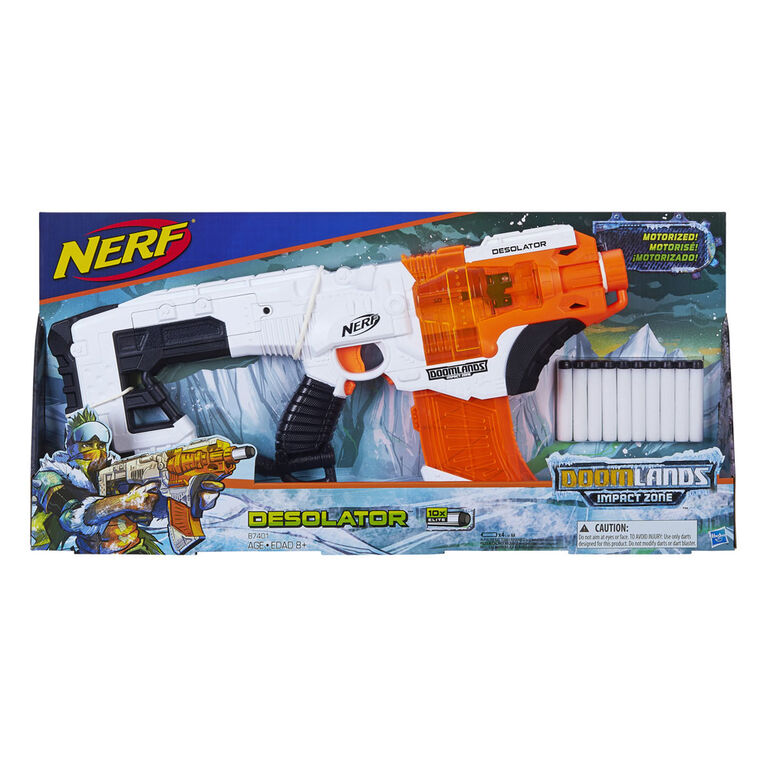 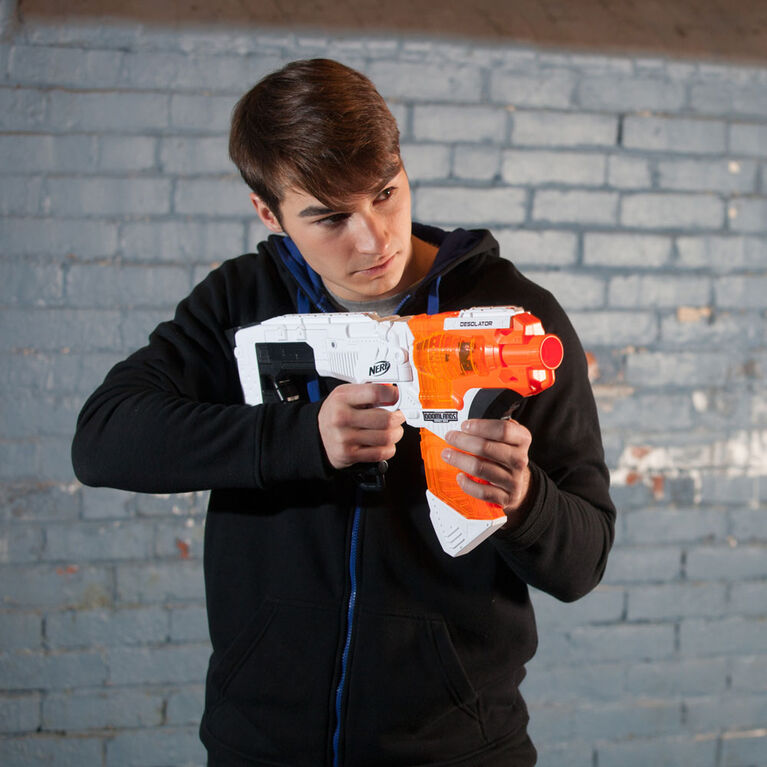 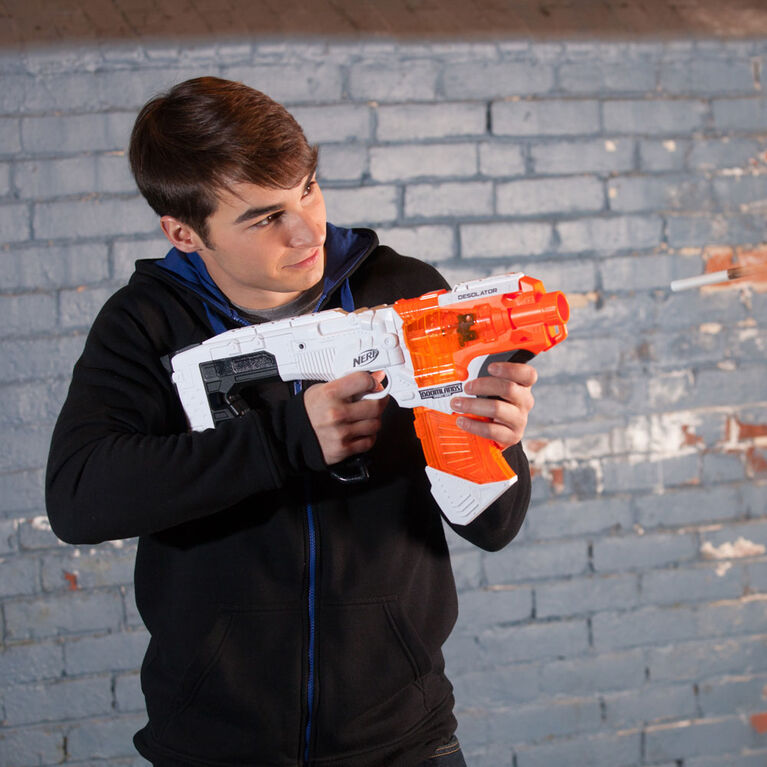 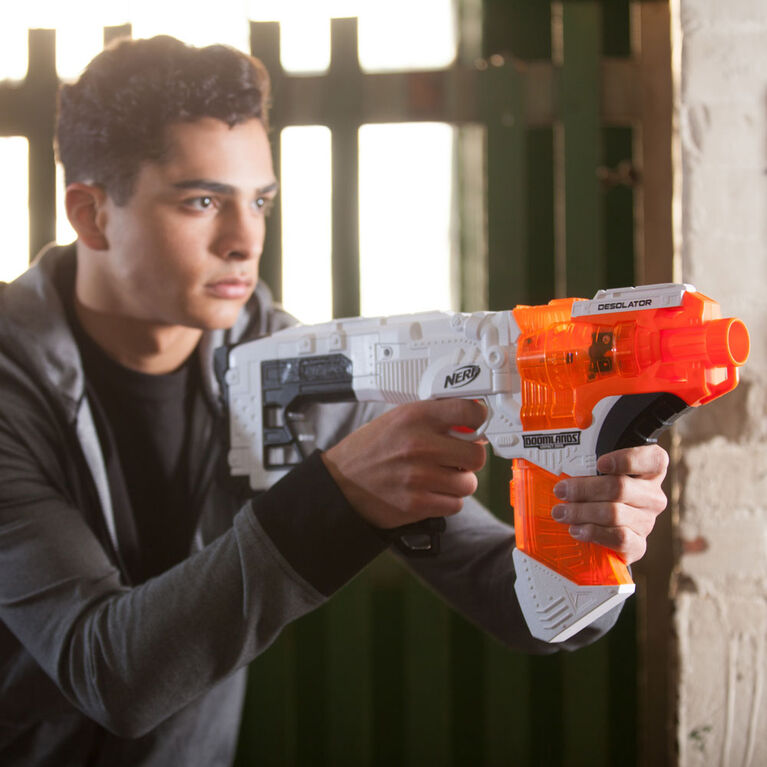 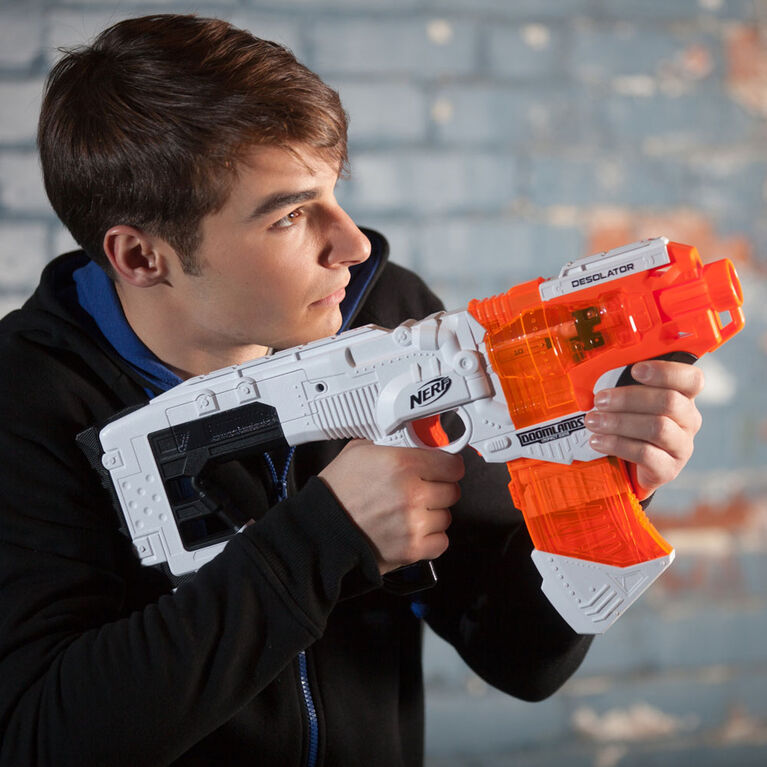 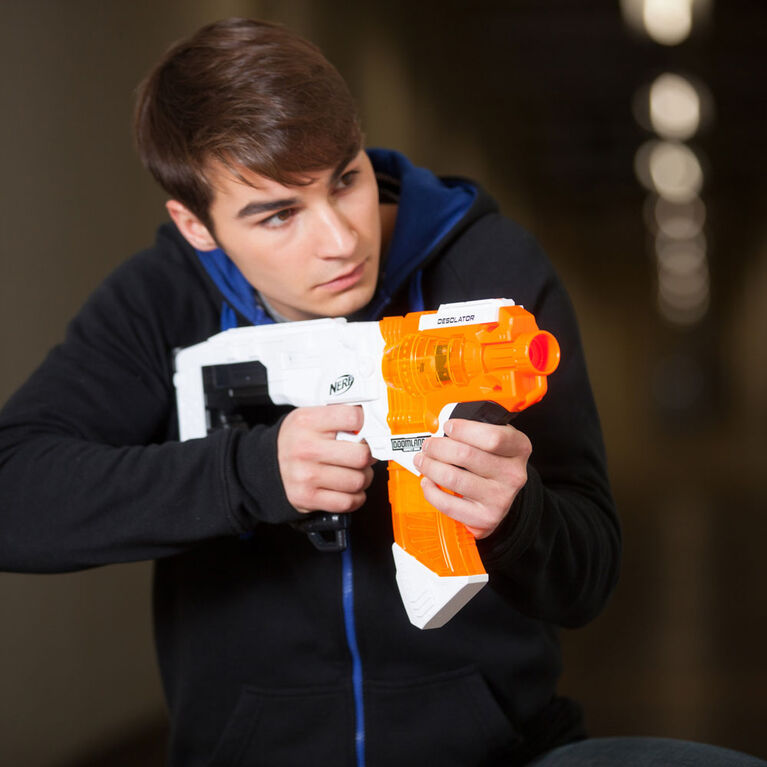 
In a post-apocalyptic future, the Earth is devastated by a meteor strike. In the meteor,s impact zone, an alien spore is changing harmless ash into deadly creatures. A lone hero enters the zone to destroy the spore and battle the infection. This is the world of Nerf Doomlands Impact Zone! Fight to save the planet with the Desolator blaster. Load the 10-dart clip into this motorized blaster, power up the motor with the acceleration button, and rapid-fire 1 dart with each trigger pull. Look through the clear area on the blaster to watch the inner firing mechanism in action when you fire. It includes 10 Official Nerf Elite darts that are designed for distance, tested and approved for performance and quality, and constructed of foam with flexible, hollow tips. This battery-powered Doomlands blaster is compatible with most other Nerf Elite dart clips and has 2 tactical rails for Nerf accessories. (Batteries, additional clips, and accessories not included).

Hasbro and all related properties are trademarks of Hasbro.

Ages 8 and up
CAUTION: Do not aim at eyes or face. TO AVOID INJURY: Use only with official NERF darts. Other darts may not meet safety standards. Do not modify darts or dart blaster.
WARNING: CHOKING HAZARD - Small parts may be generated. Not for children under 3 years.
Requires 4 AA alkaline batteries (not included).