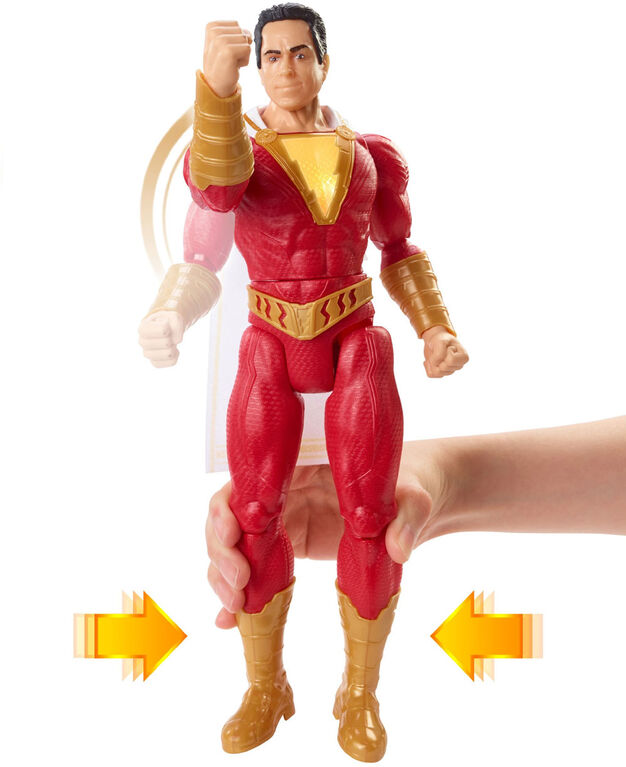 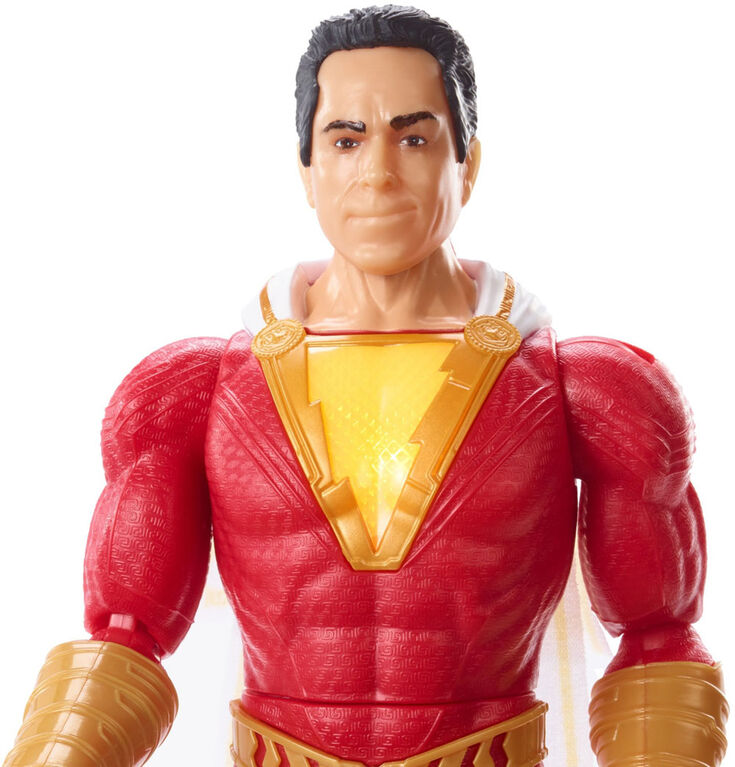 Get realistic Shazam! movie play with this large action figure featuring signature moves, lights and 20+ sounds and phrases! The Super Hero comes in his iconic red battle suit with golden belt, boots and a hooded cloth cape. When Super-Villains are in range, repeatedly squeeze his legs and he doles out super strength punches as his chest lights up and he says classic phrases! Attach the Lightning Launcher to his right arm and squeeze his legs again. Shazam! will auto fire one of three included Lightning Bolts with spring-loaded projectile force! Dr. Sivana and the enemies of man don't stand a chance against this exciting, realistic, lights and sounds Shazam! Comes in "Try me" package to test his Super Hero features in advance. Colors and decorations may vary.