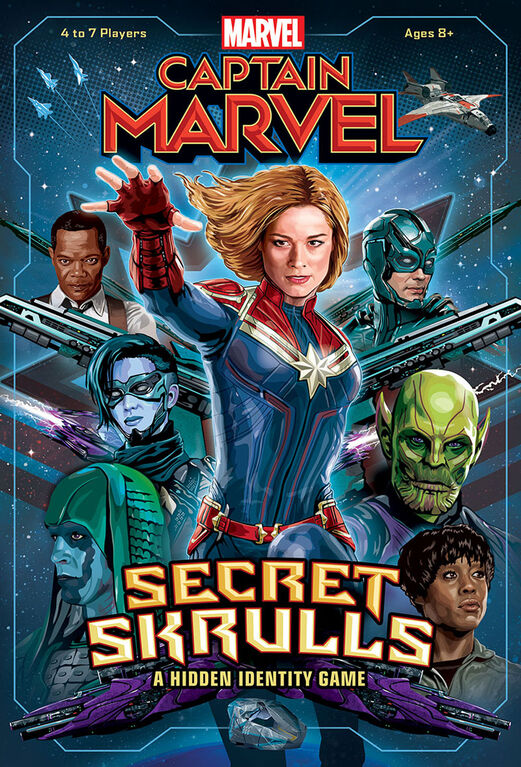 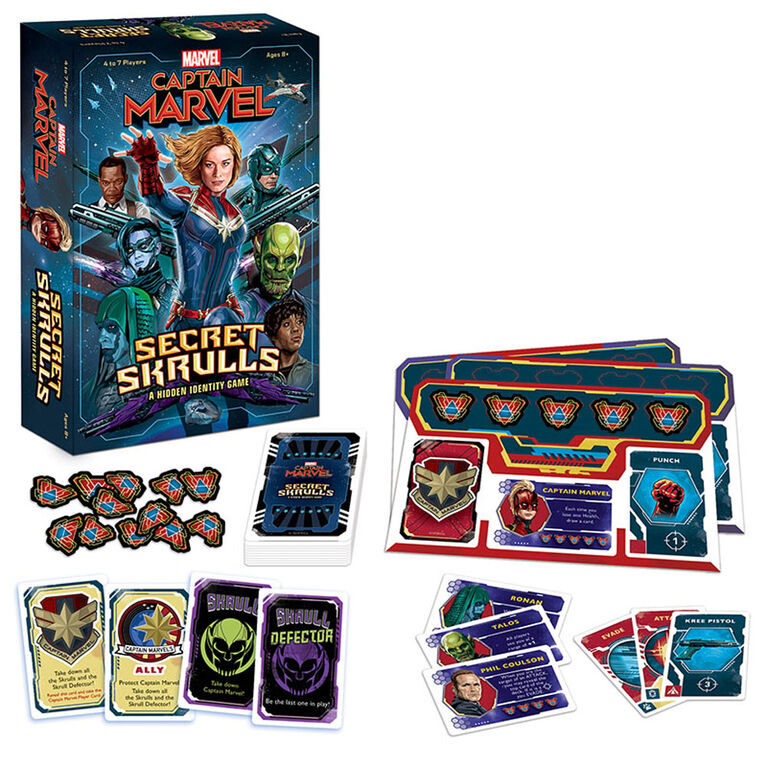 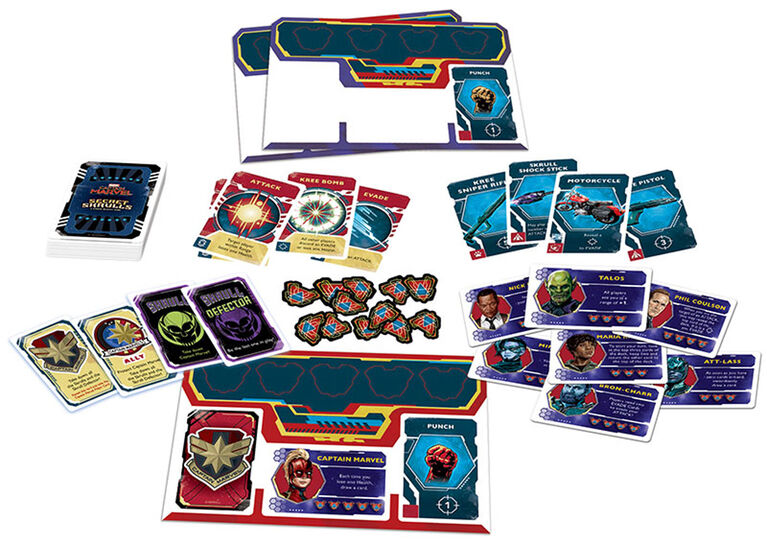 Pinch to zoom
Captain Marvel: Secret Skrulls is a hidden identity game where players take on the roles of their favorite Marvel characters, including Captain Marvel herself, to defend Earth in an intergalactic war against shape-shifting Skrulls in disguise. Players must decide whom to trust, defend their alliance, and restore the planet's virtue. Based on the popular game mechanic of BANG! AGE 8+. 4-7 Players. 30 Minutes.