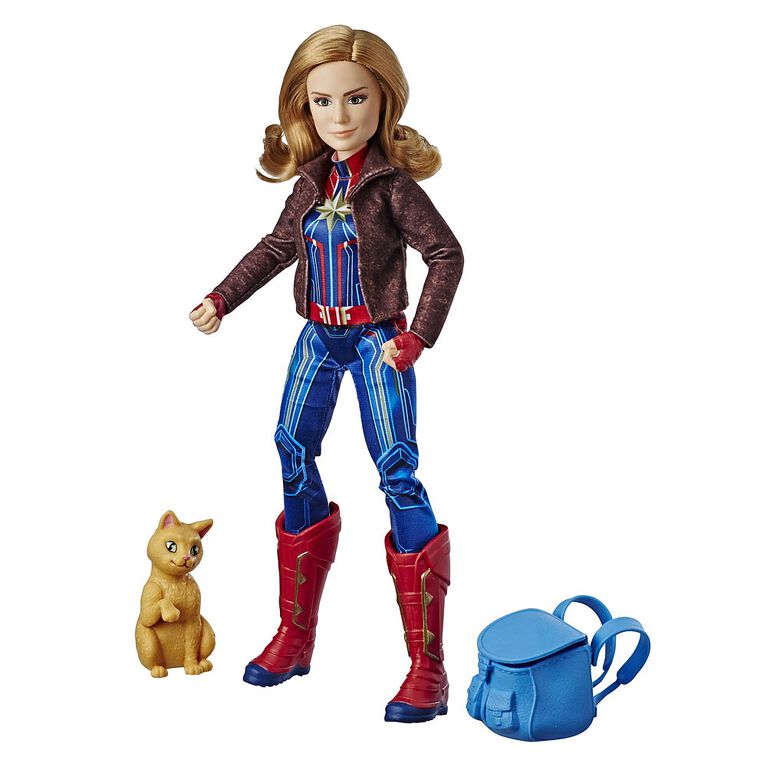 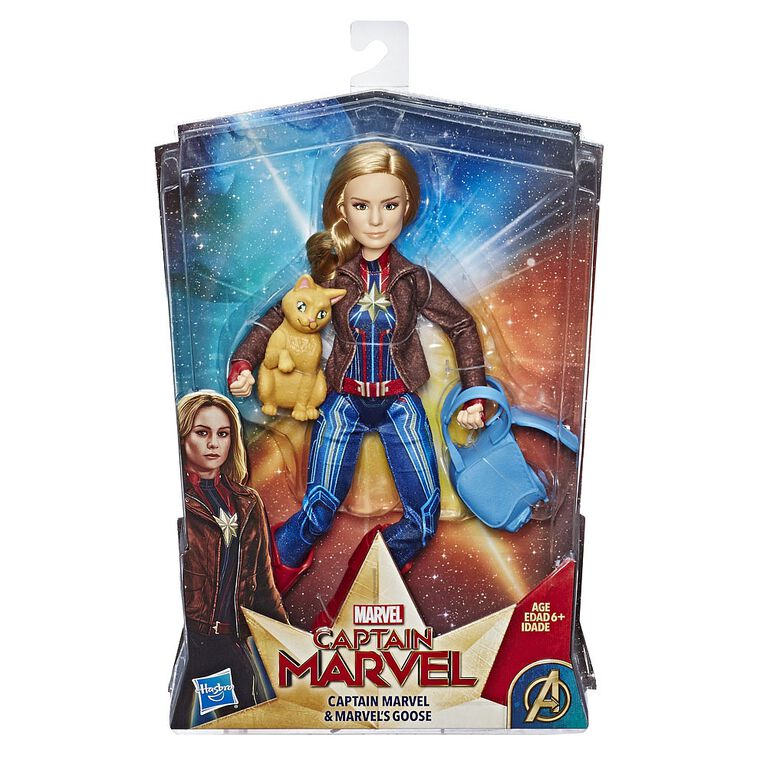 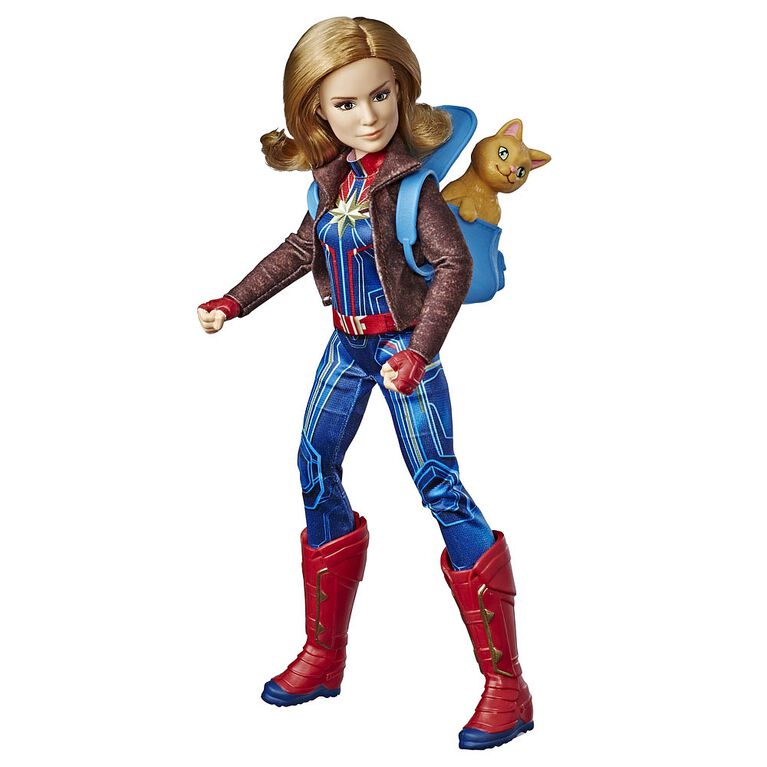 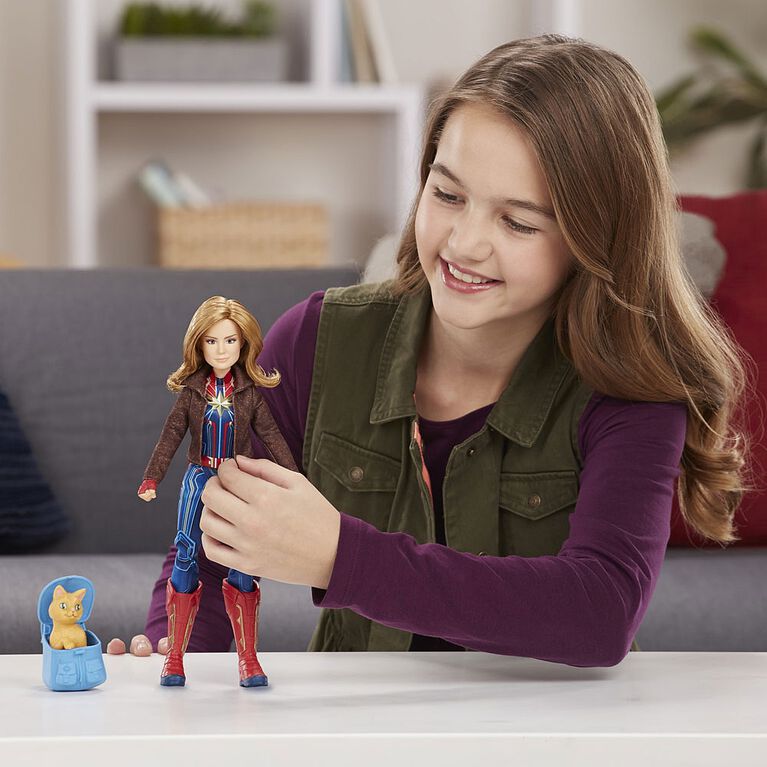 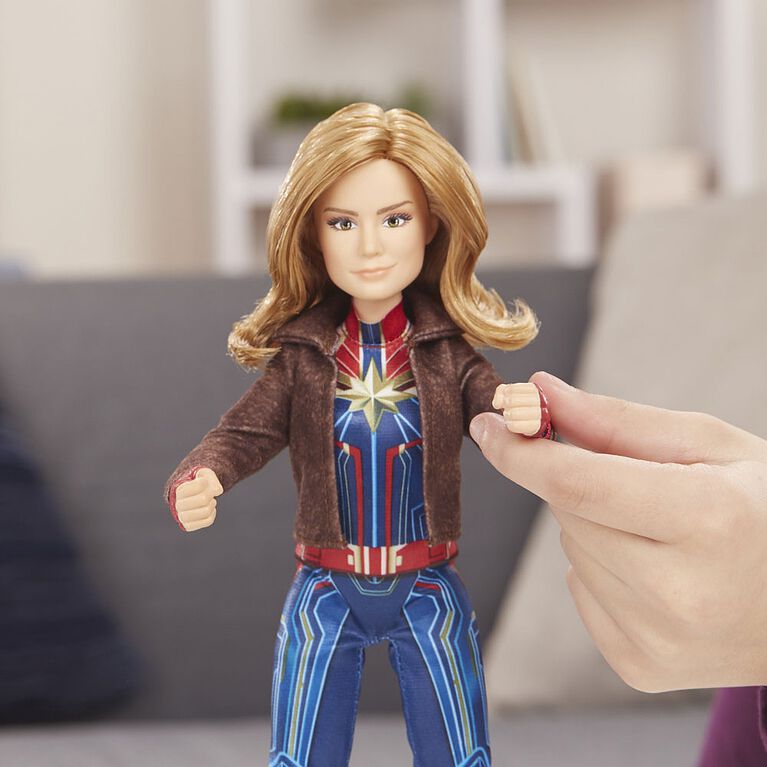 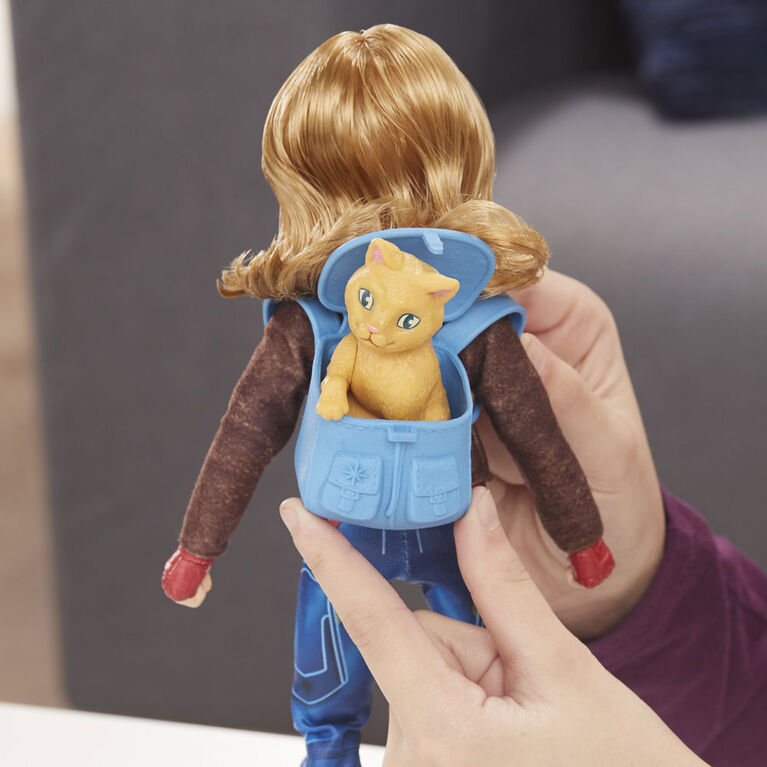 When the universe is in need of a skilled and confident leader, there is no better hero to take command than Captain Marvel! Carol Danvers becomes one of the universe's most powerful heroes when Earth is caught in the middle of a galactic war between two alien races. Imagine the action, missions, and adventures of Captain Marvel with dolls, roleplay items, and more inspired by the upcoming Captain Marvel movie part of the Marvel Cinematic Universe that includes Avengers: Infinity War! (Each product sold separately).

Determination and a fluffy-tailed companion help guide Carol Danvers as she joins the Super Hero ranks as Captain Marvel.