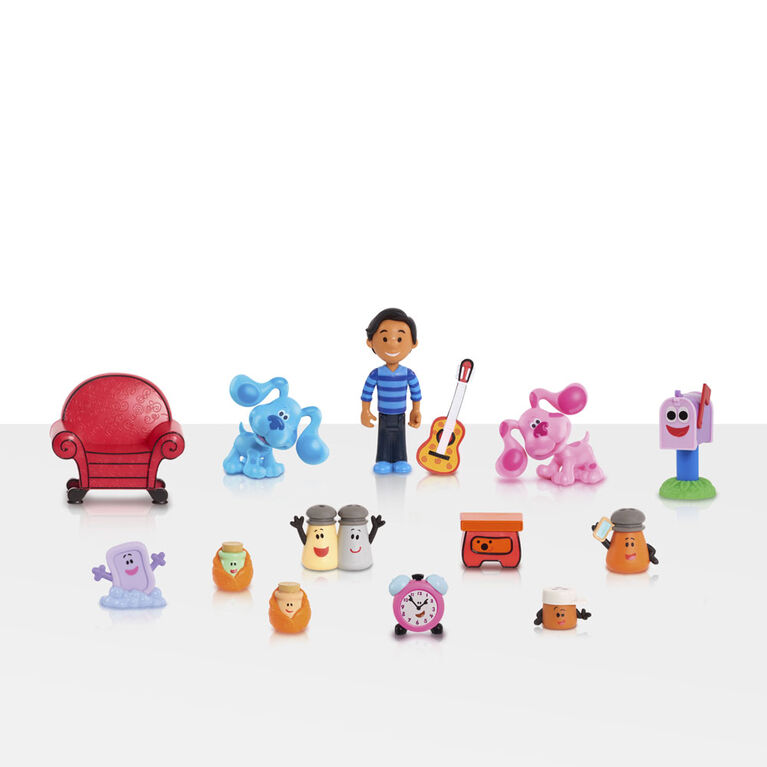 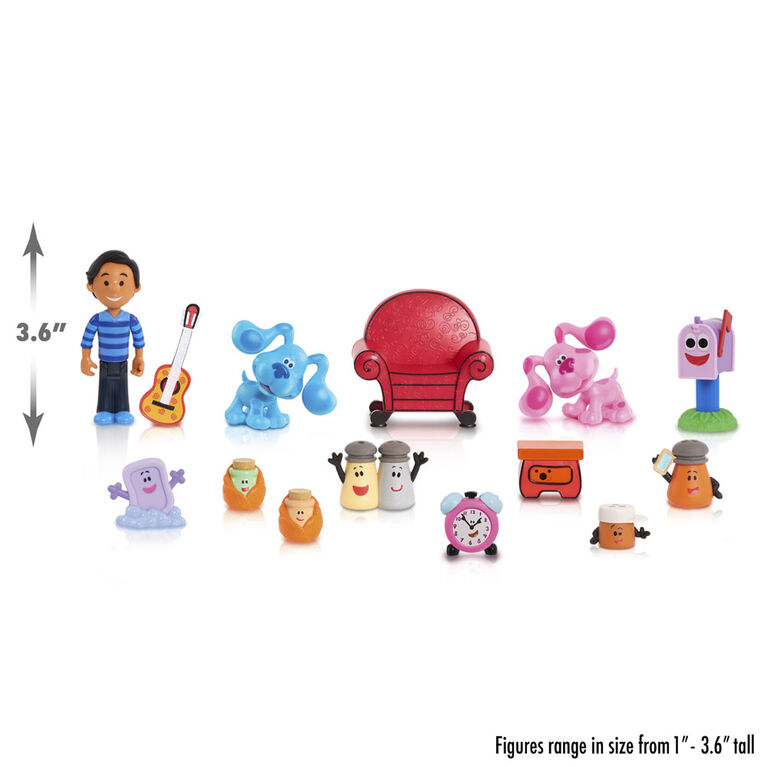 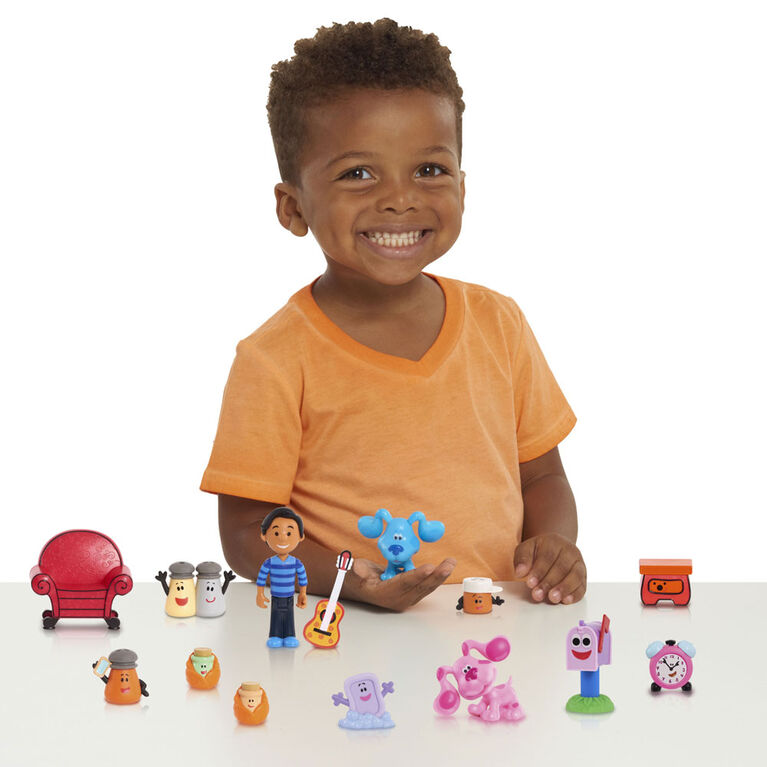 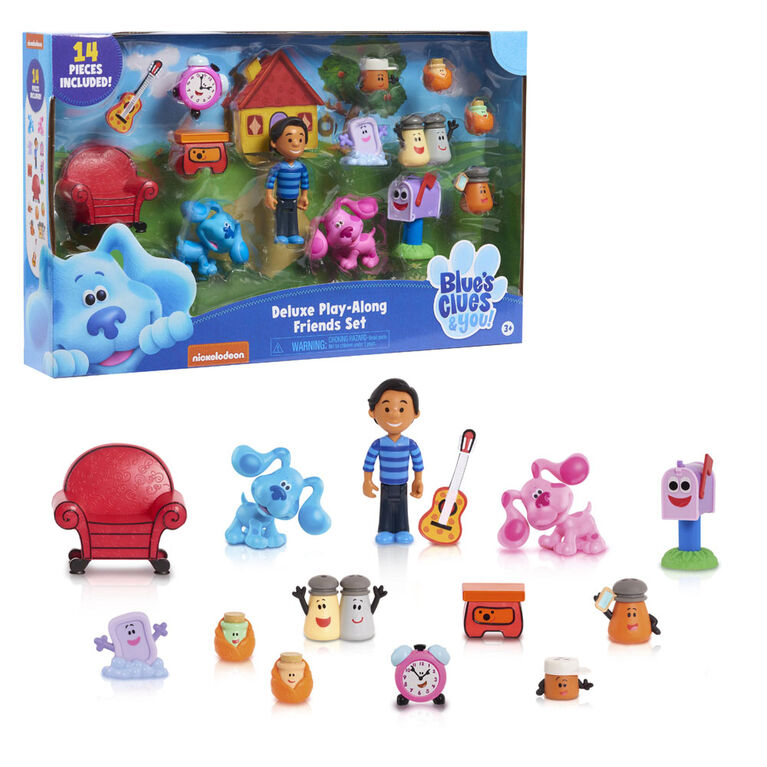 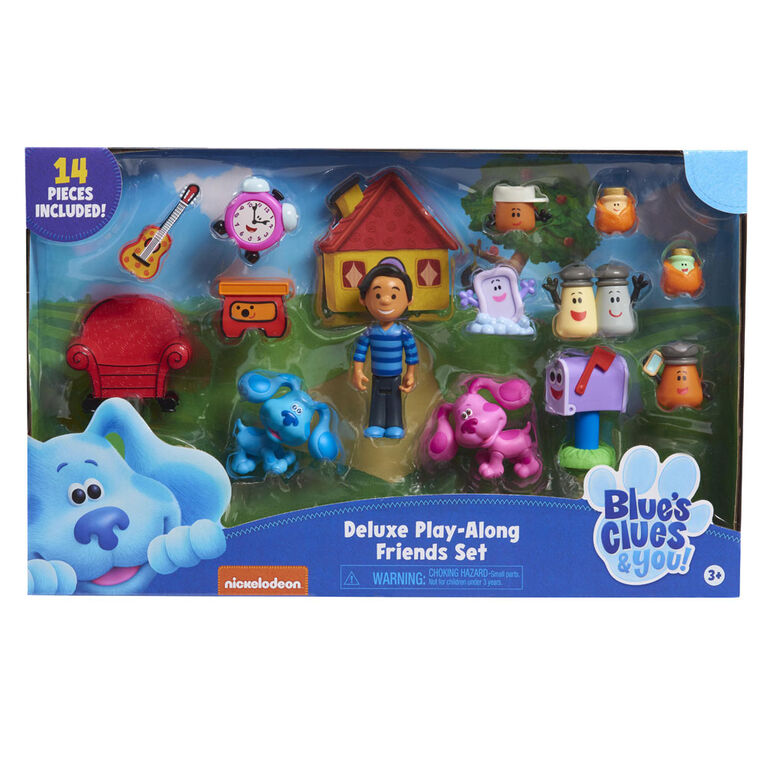 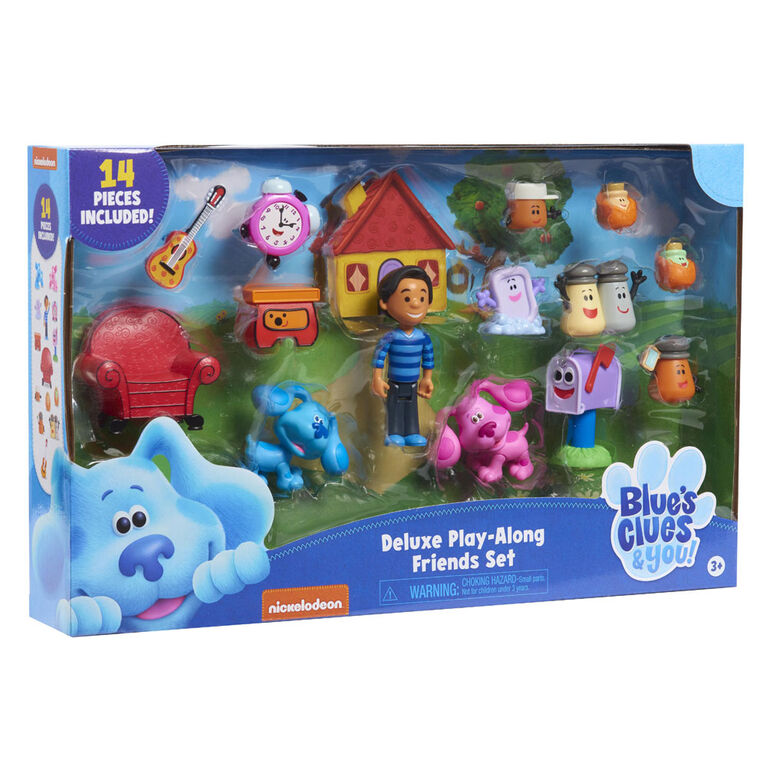 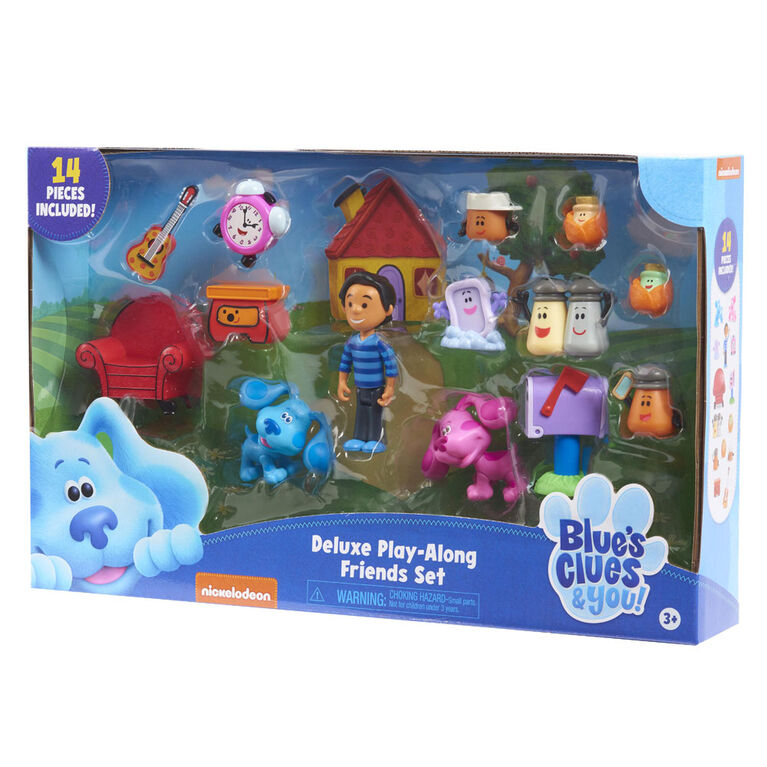 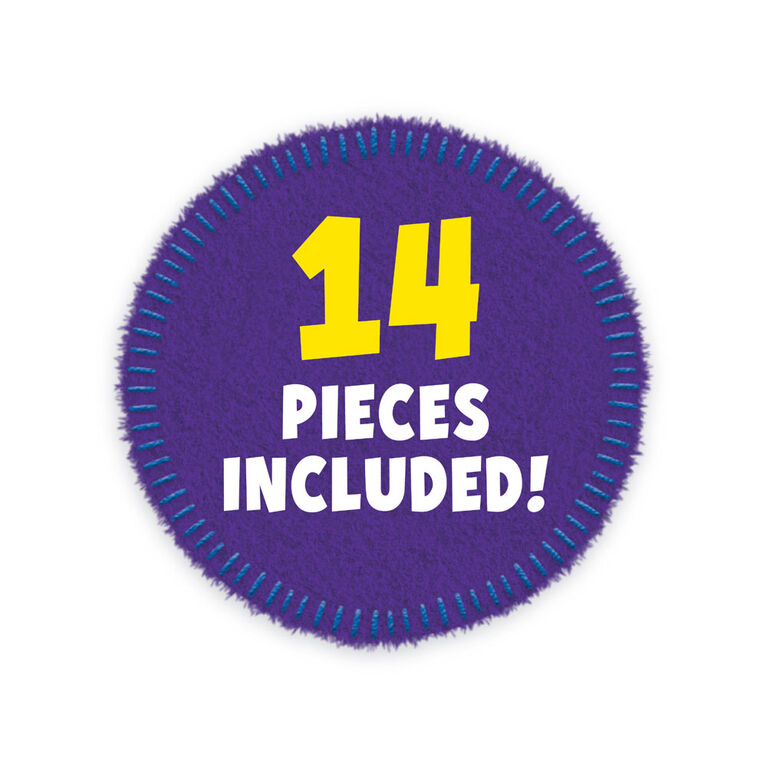 Pinch to zoom
R Exclusive, only available at Toys R Us Canada. Step by step and clue by clue - it's Blue's Clues and You! Kids can collect all their friends from the Nickelodeon hit preschool show with the Blue's Clues and You! Deluxe Play-Along Set. Including fourteen show-inspired characters and accessories, this figure set is the perfect addition to any Blue's Clues and You! playset (sold separately). Blue, Magenta, and Josh are featured as poseable figures. The set even includes Josh's Handy Dandy Guitar, which he can wear. Kids will love recreating their favorite games of Blue's Clues with Tickety Tock and Slippery Soap. Mailbox even opens to reveal a letter. Place Josh in the Thinking Chair next to Sidetable Drawer. Mr. Salt & Mrs. Pepper, Cinnamon, Ginger, and Sage are included too! Bring home the Blue's Clues & You! Deluxe Play-Along Friends Set and the rest of the Blue's Clues & You! toys to help your little clue-finder use their mind, take a step at a time, and do anything that they want to do. Ages 3+

Free Shipping when you spend $75. Shop Toys”R”Us, Babies”R”Us and Rise Little Earthling in 1 easy checkout!
Promotion details
Free Shipping when you spend $75. Shop Toys”R”Us, Babies”R”Us and Rise Little Earthling in 1 easy checkout!
Offer applies to selected items for delivery by regular standard shipping only and excludes delivery to some remote locations. Up to the maximum of $20 shipping value. Any shipping expense over this $20 per order maximum amount will be charged to your order. Free Shipping applies only to orders with qualifying merchandise greater than $75 and does not apply to gift cards. Free Shipping offer excludes all large item items, such as; Gym sets, houses, large play sets and bikes, all large furniture items and other select items. Toysrus.ca offers "Free Shipping" on select items throughout the site. The shipment of orders to certain remote locations is excluded from these offers. In these instances, the standard delivery charge will be visible during the checkout process. On some products, special handling fees may still apply. If your order contains items that are ineligible for "Free Shipping", you will be charged for those items. Add item to your shopping cart and proceed to checkout to receive discount. While quantities last. Offer valid only while supplies last and not applicable to canceled orders due to out-of-stock merchandise. Discount not applicable with returned merchandise; total discount will be deducted from the value of any returned item to which the discount applied. This offer is not valid on previous purchases. This promotional offer may be modified or terminated at any time without notice. We reserve the right to cancel any order due to unauthorized, altered, or ineligible use of a discount.
Our recommended Age: 3 - 7 years
Our recommended Age