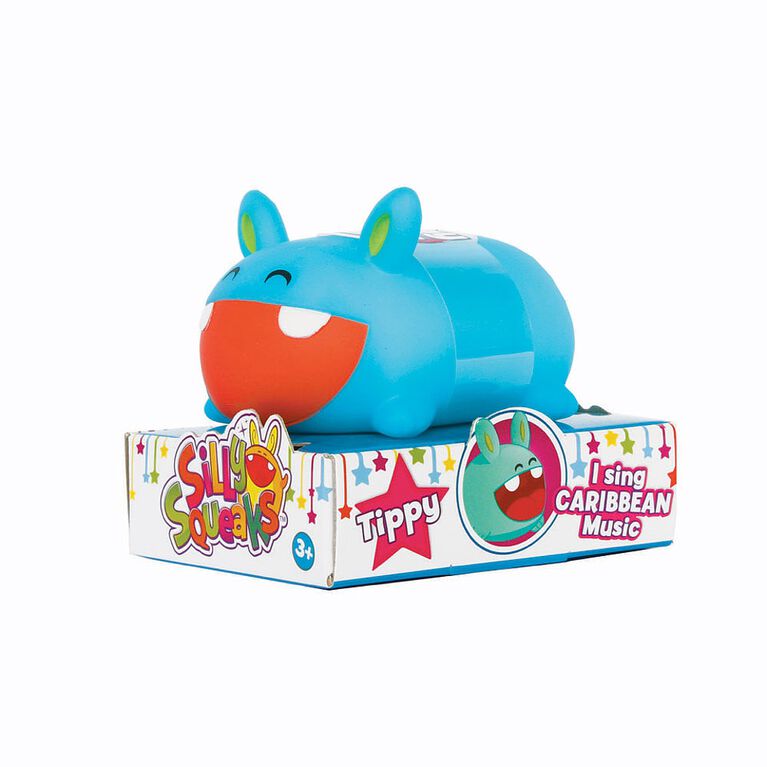 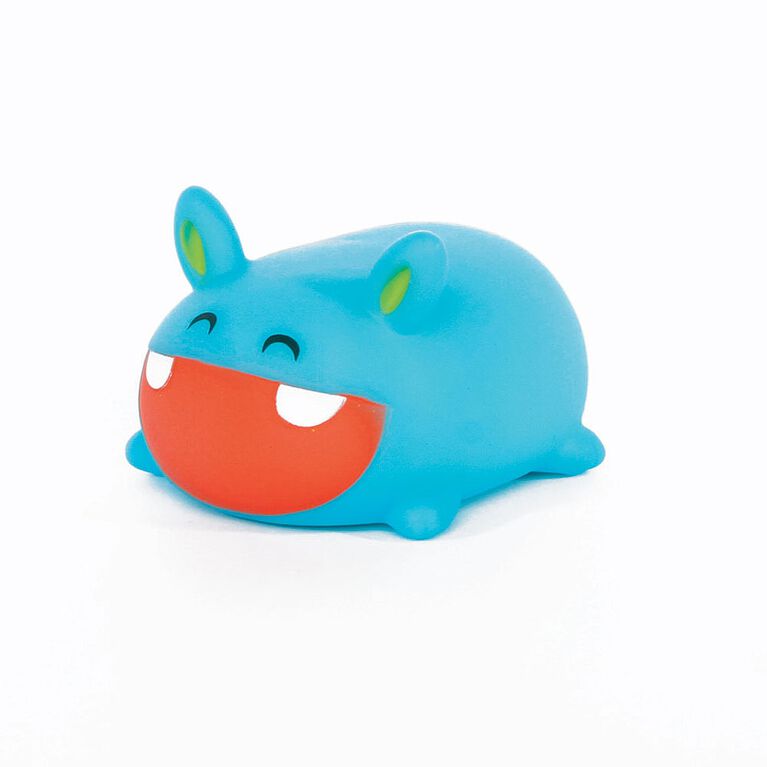 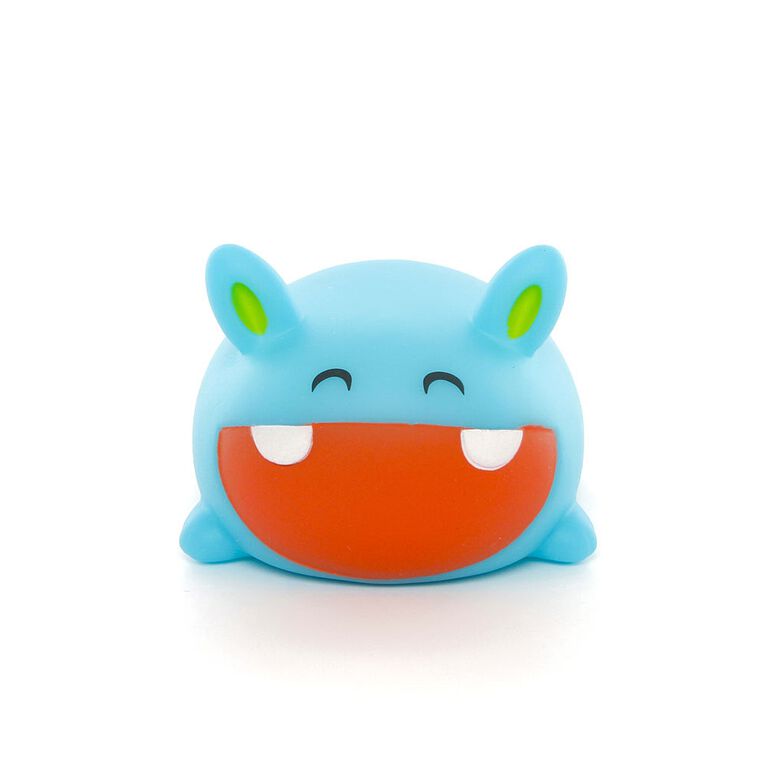 Silly Squeaks are musical pets, each with 5-interactive songs and 16 surprise silly sounds ! Push their super soft backs to musical beats, or press their faces to hear them speak! Silly Squeaks have tons of personality and fit so perfectly in your palm. You wont be able to set them down! Each character has their own personality and musical genre. 2 play modes! Easy to play! Press my back for silly songs. Press my nose for silly sounds . Silly Squeaks are made with a spongy silicone, giving them the most addicting , soft and squishy feel! Slurps plays rock music and each one is sold separately. And if you press their backs while they are playing their songs, they will squeak along. But each one also squeaks its own special note. Switch your Silly Squeaks to Note mode, and when you press its back, you'll hear it play its special note. If you put multiple Silly Squeaks together in Note mode, you can use them to play (or squeak) song . Collect them all!