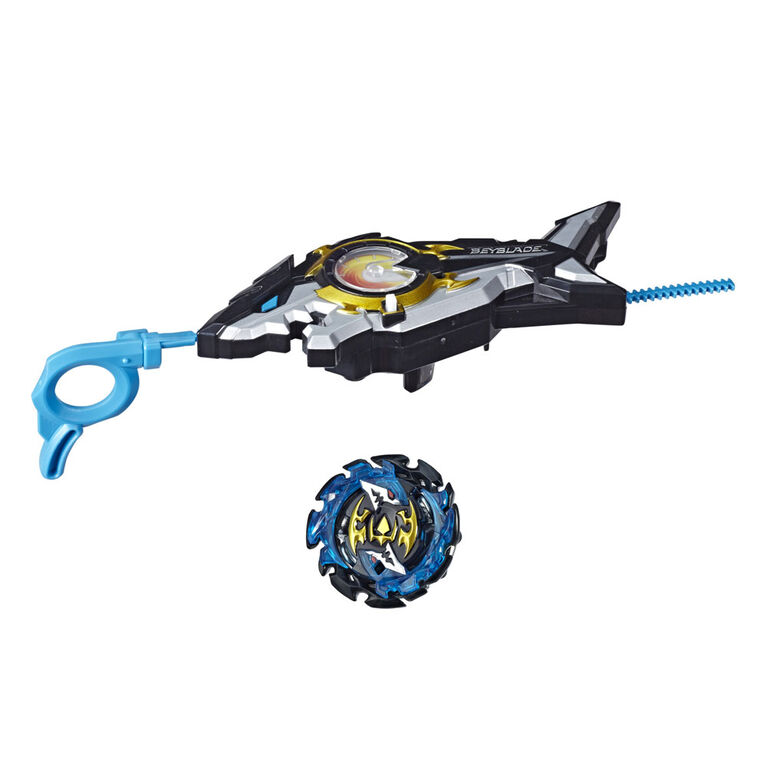 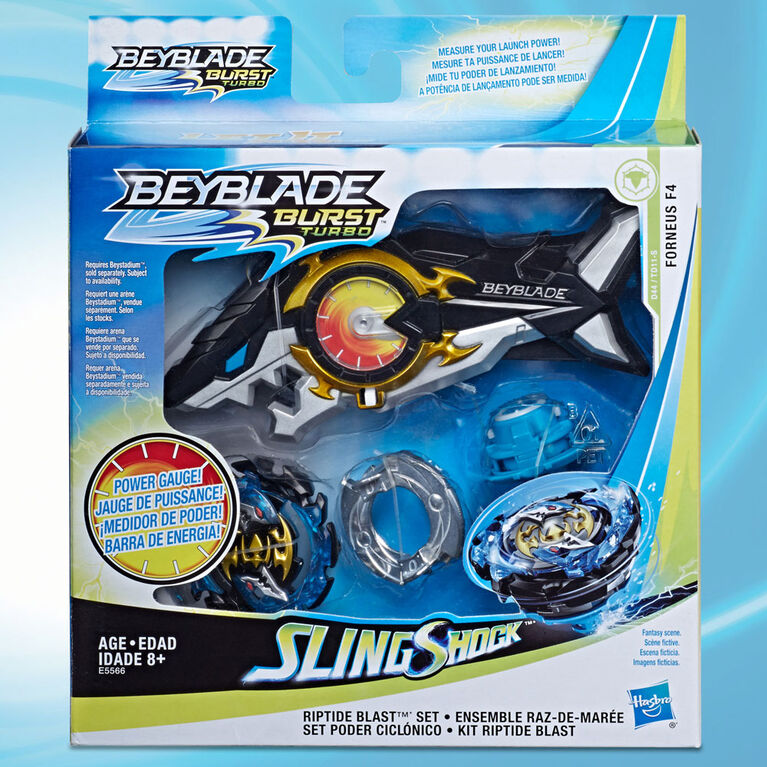 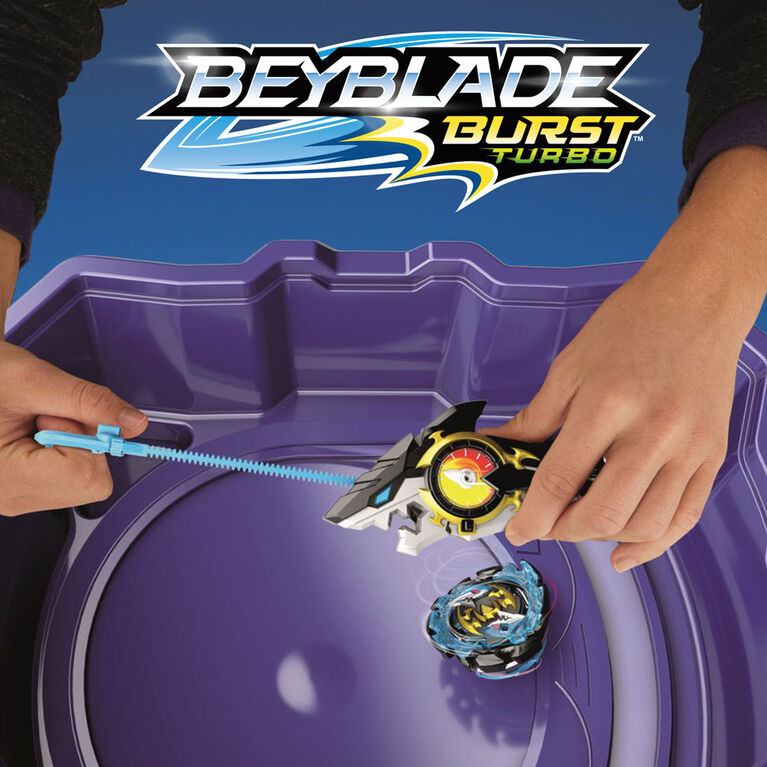 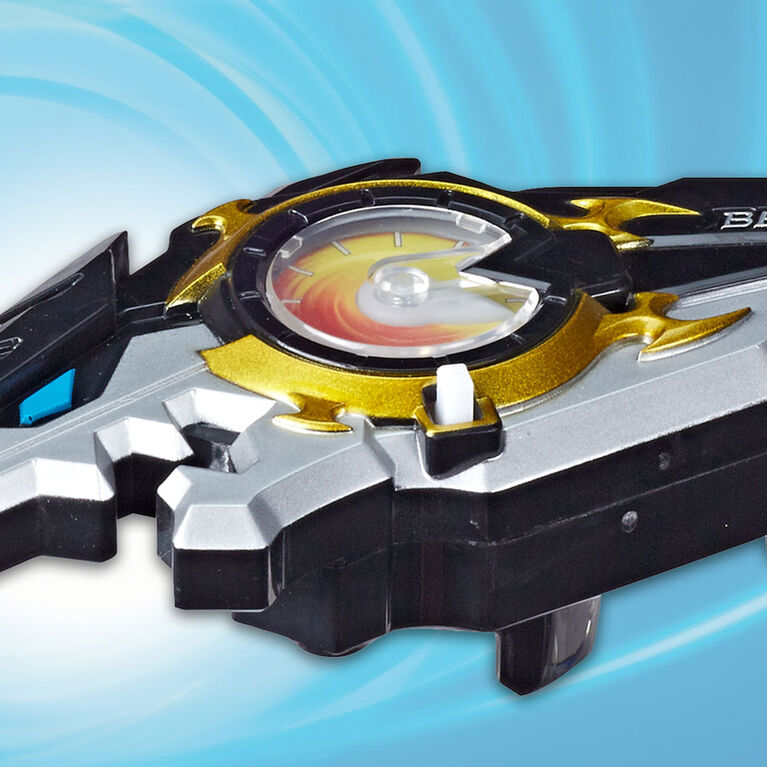 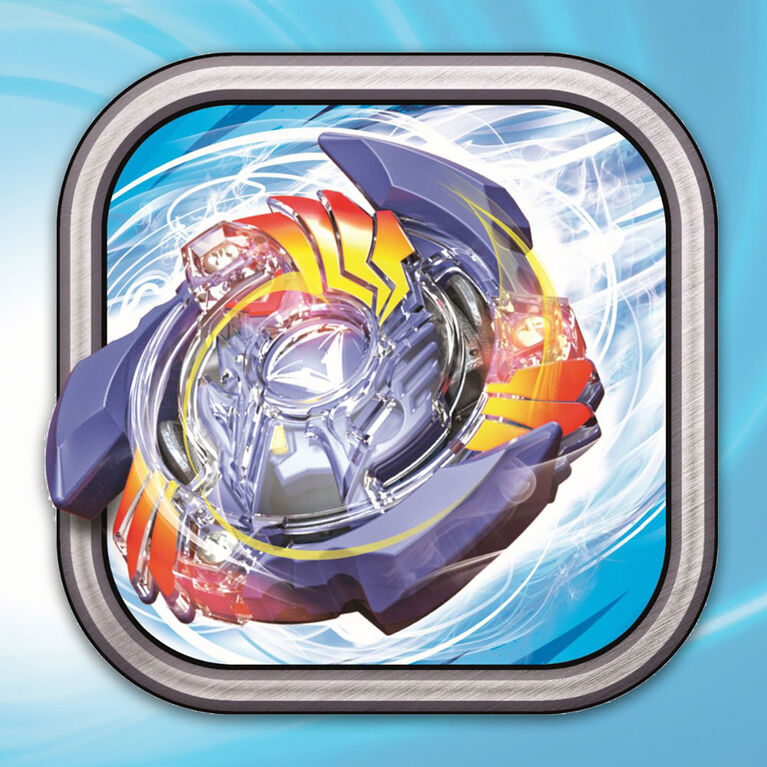 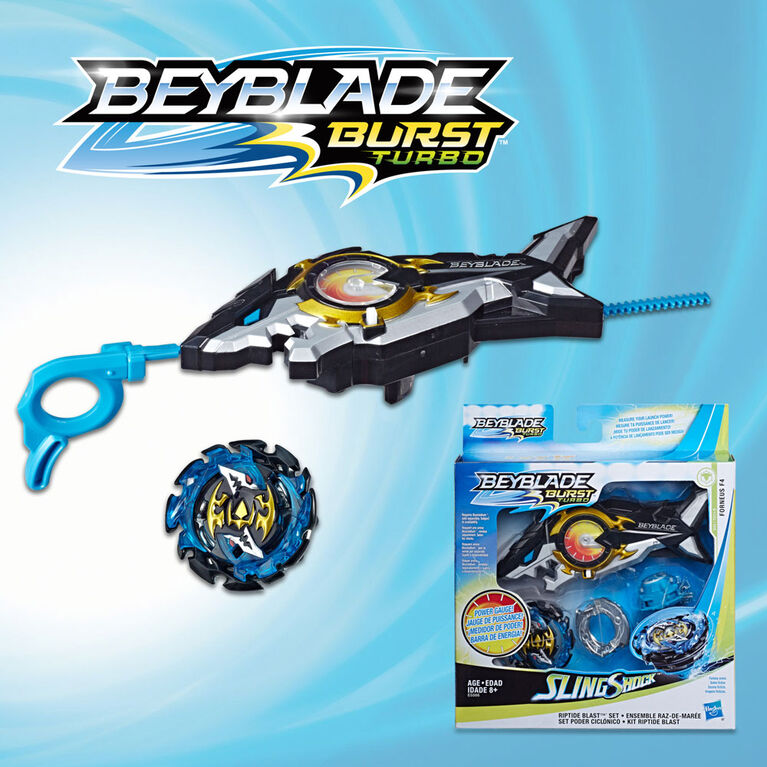 
Amp up the battle with the Beyblade Burst Riptide Blast Launcher! Launcher features a gauge with tech that measures the strength at which a top is launched. Bladers can use the Power Gauge to measure their progress and boost their skills! Launcher works with both right and left-spin Beyblade Burst tops.

Ride the rails with Beyblade Burst Slingshock tops that combine rail-riding capabilities with the ability to "burst" into pieces during battle (burst rates vary), resulting in intense head-to-head clashes. Performance Tips have 2 modes so bladers can vary their Slingshock strategy!

Ages 8 and up
Warning: Choking Hazard -- Small parts. Not for children under 3 years.
APP AVAILABLE AT LEAST THROUGH 12/31/2020. BEYBLADE BURST app works with select Android and iPhone, iPad, iPod touch devices (iOS 8 or later required). App not guaranteed to be compatible with any future operating systems or devices. See beyblade.hasbro.com for app availability and compatibility with supported devices and operating systems. Website and app not available in all languages/countries. Fees may apply. Note: Hasbro is only responsible for Hasbro-generated content. Please refer to third party terms and conditions for further information.