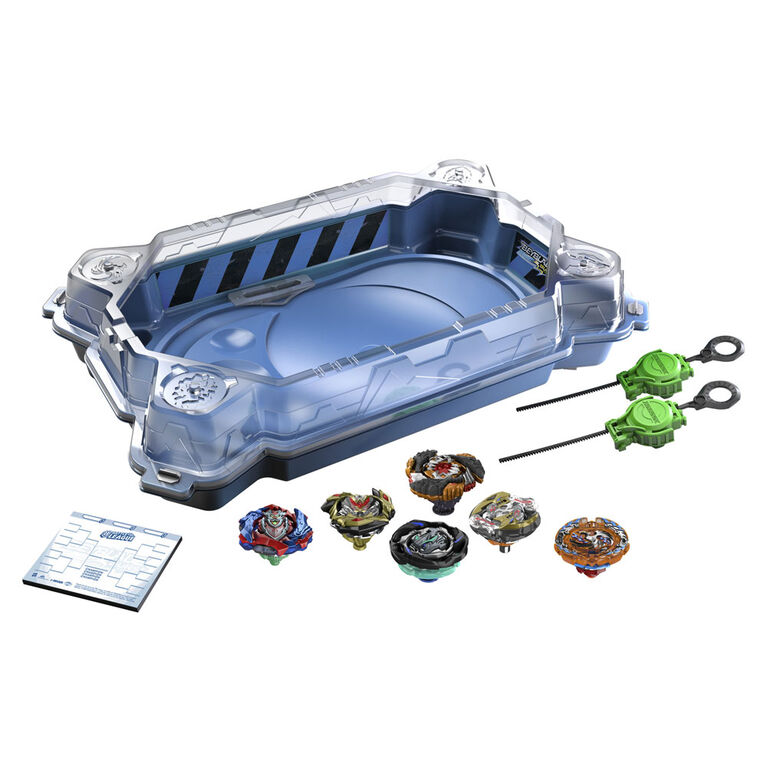 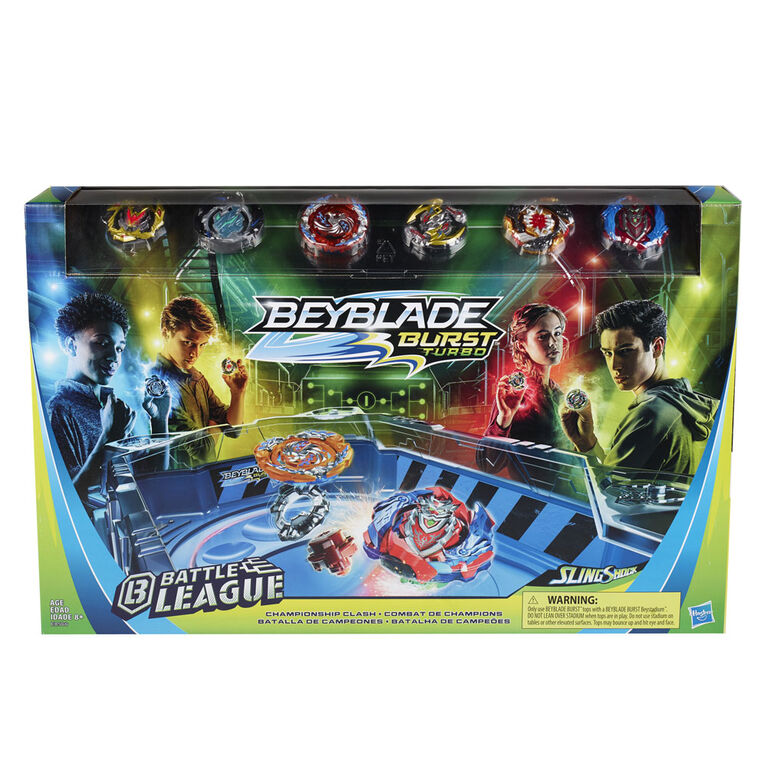 Pinch to zoom
R Exclusive, only available at Toys R Us Canada. Bring the excitement of the Beyblade Burst World Championship home with a tournament-inspired battle set! Inspired by Battle League, the newest feature to the Beyblade Burst app, this set comes with everything needed for an epic tournament event:

Download and open the Beyblade Burst app and scan the code on the Championship Clash box to access Battle League. Create a league with your friends and use the included tournament notepad to compete in a bracketed championship event!

Ages 8 and up
Warning: Choking Hazard -- Small parts. Not for children under 3 years.
APP AVAILABLE AT LEAST THROUGH 6/30/2020. Beyblade Burst app works with select Android and iPhone, iPad, iPod touch devices (iOS 8 or later required). App not guaranteed to be compatible with any future operating systems or devices. See beyblade.hasbro.com for app availability and compatibility with supported devices and operating systems. Website and app not available in all languages/countries. Fees may apply.
Note: Hasbro is only responsible for Hasbro-generated content. Please refer to third party terms and conditions for further information.