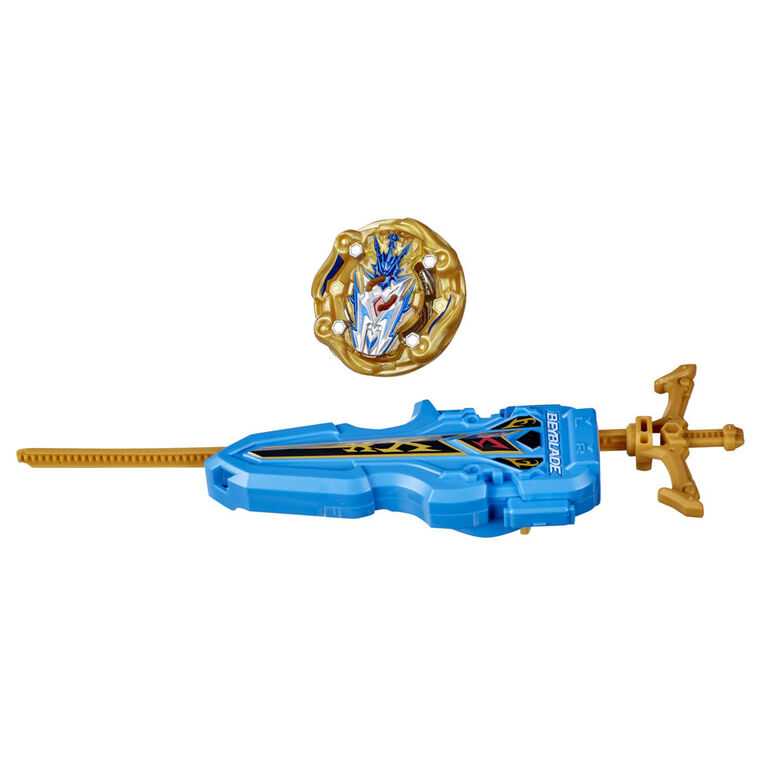 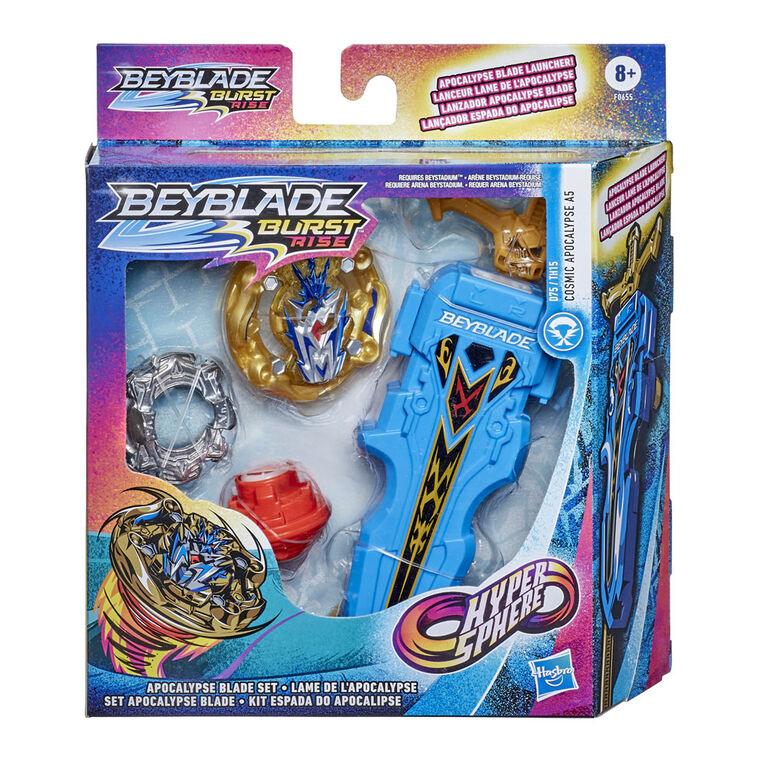 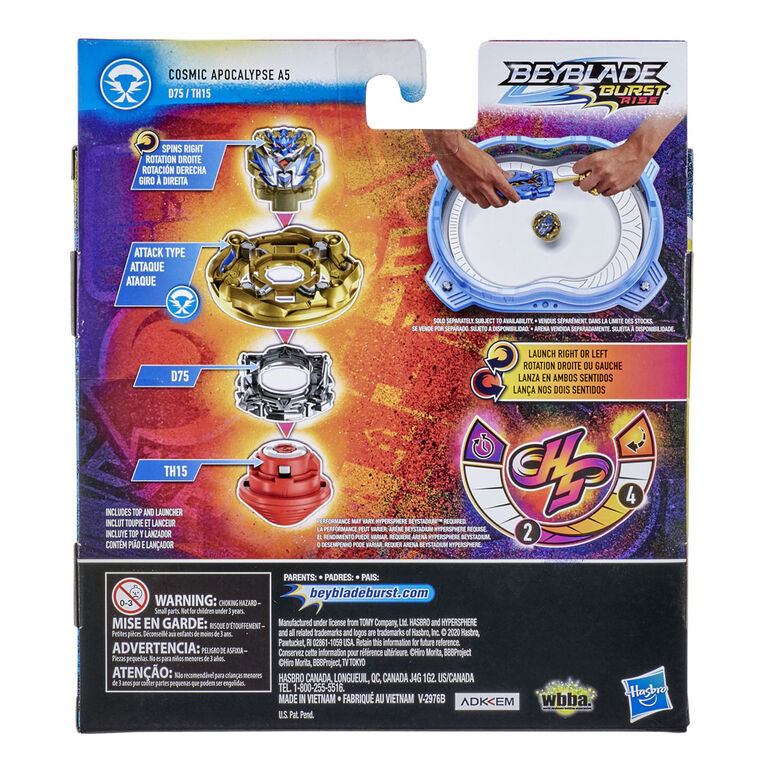 
Launch into a highspeed battle attack with the Beyblade Burst Apocalypse Blade Set! The Apocalypse Blade Launcher is a sword-themed right/left-spin launcher that is designed to launch tops at a high speed. Included Hypersphere top has specialized Performance Tip that enables the top to climb the vertical wall of the Hypersphere Beystadium, speed along the brink, and drop in on its opponents for exciting, high-intensity battles. (Beyblade Burst Hypersphere Beystadium required. Sold separately. Subject to availability.)

Hasbro and all related terms are trademarks of Hasbro.
Includes top and launcher.

Ages 8 and up
Warning: Choking Hazard -- Small parts. Not for children under 3 years.
APP AVAILABLE AT LEAST THROUGH 6/30/2022. BEYBLADE BURST app works with select Android and iPhone, iPad, iPod touch devices (iOS 8 or later required). App not guaranteed to be compatible with any future operating systems or devices. See beyblade.hasbro.com for app availability and compatibility with supported devices and operating systems. Website and app not available in all languages/countries. Fees may apply.
Note: Hasbro is only responsible for Hasbro-generated content. Please refer to third party terms and conditions for further information.