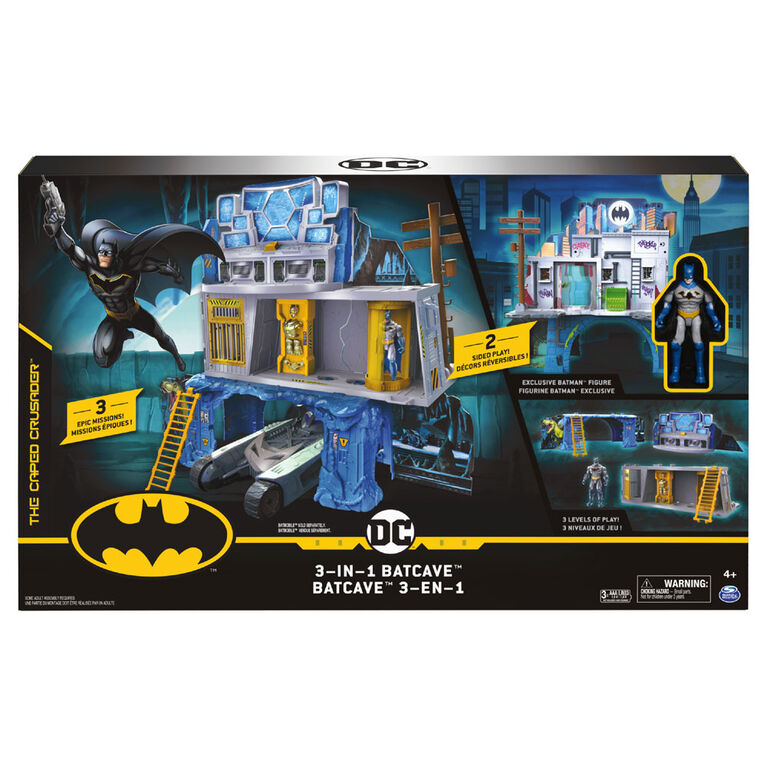 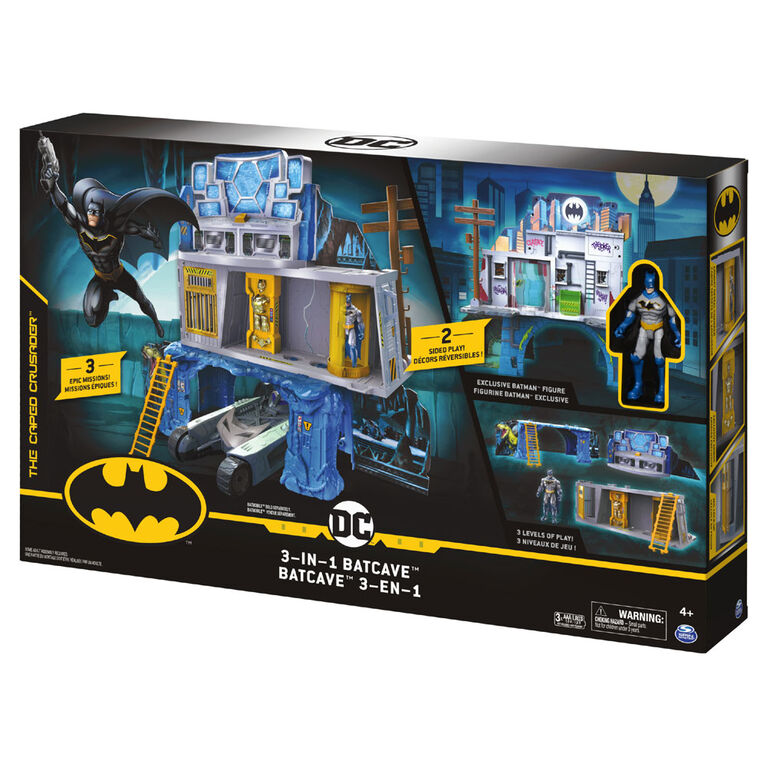 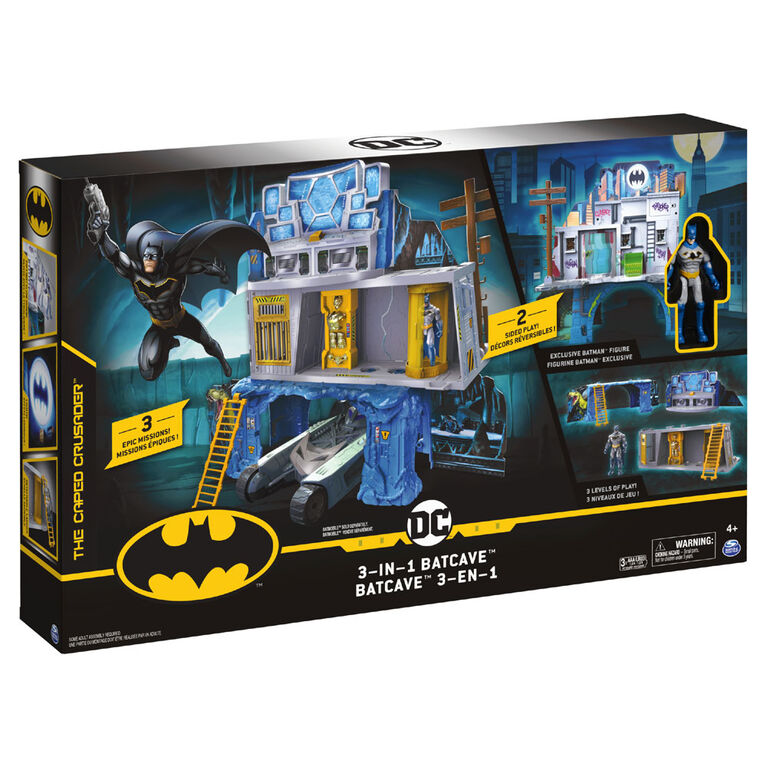 Take your BATMAN missions to the next level with the 3-in-1 Batcave Playset! This epic playset has two sides of play: Batcave on one side and GOTHAM CITY on the other. It splits apart into three different levels that you can use separately, or you can stack them together into one awesome playset! This set is jam-packed with exciting features and includes an exclusive 4-inch BATMAN action figure and exclusive battle armor you can't find anywhere else. Discover an armory reveal chamber, secret escape door, jail cell, a working zipline, telephone pole that falls down and so much more! Fuel up the 2-in-1 Batmobile (sold separately) in the Batcave, then scale the ladder to the middle level to gear up the CAPED CRUSADER in his armor. Place your figure in the armory chamber and slide it open to reveal battle-ready BATMAN! On the top level, push the button to activate the Batcomputer's lights and head off to fight crime in GOTHAM CITY! Banish the city's most notorious Super-Villains like THE JOKER (figure sold separately) in the Batcave's jail! Turn the playset around and continue to protect GOTHAM CITY. Call BATMAN into action by lighting up the Bat-Signal into the night sky, then hook the zipline to the rooftop and send him sliding down to the middle and bottom levels! Burst through the secret escape door and stop Super-Villains in their tracks with a moving dumpster! Use your imagination to create endless BATMAN storylines with this amazing playset. For even more BATMAN adventures, add all of the 4-inch Action Figures to your collection, including BATMAN, THE JOKER, ROBIN, BRONZE TIGER, TALON and more (each sold separately). Join the ultimate Super Hero, BATMAN, on action-packed missions with the 3-in-1 Batcave Playset!