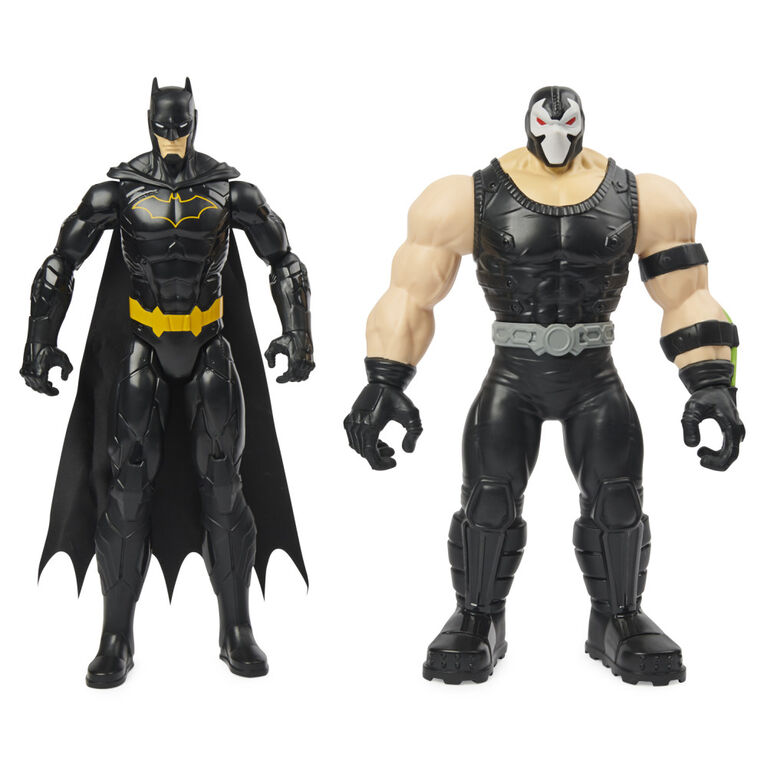 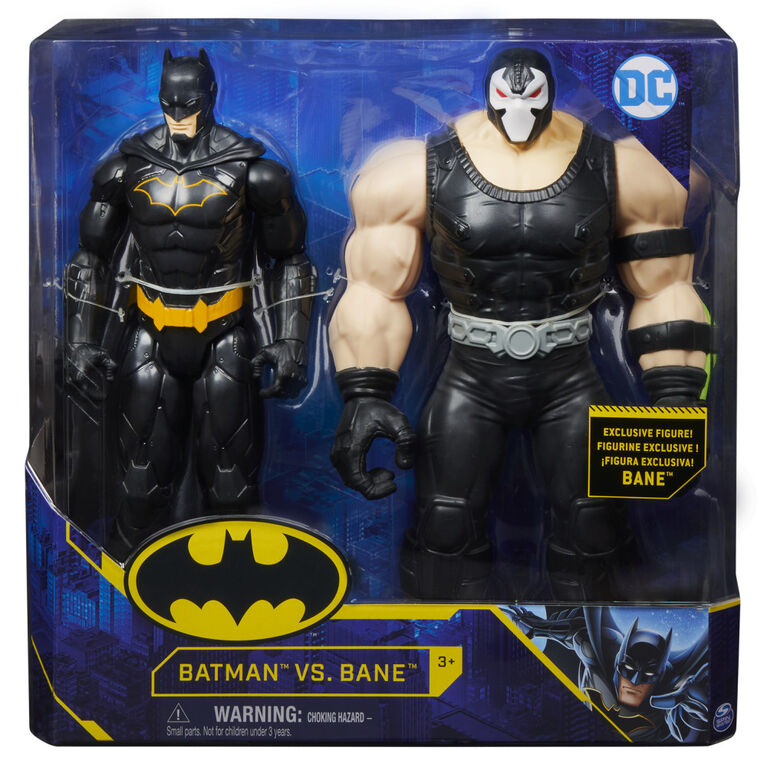 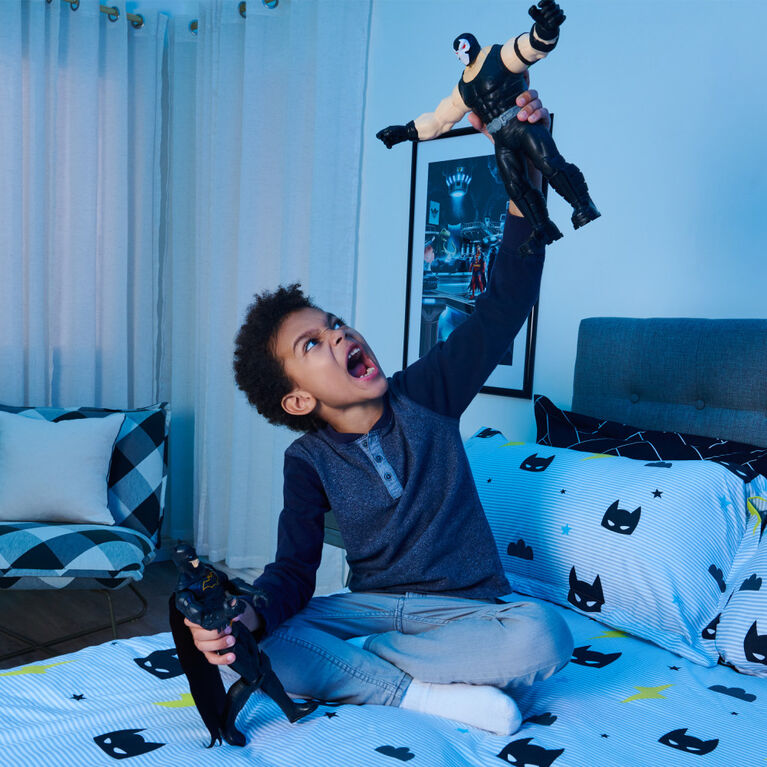 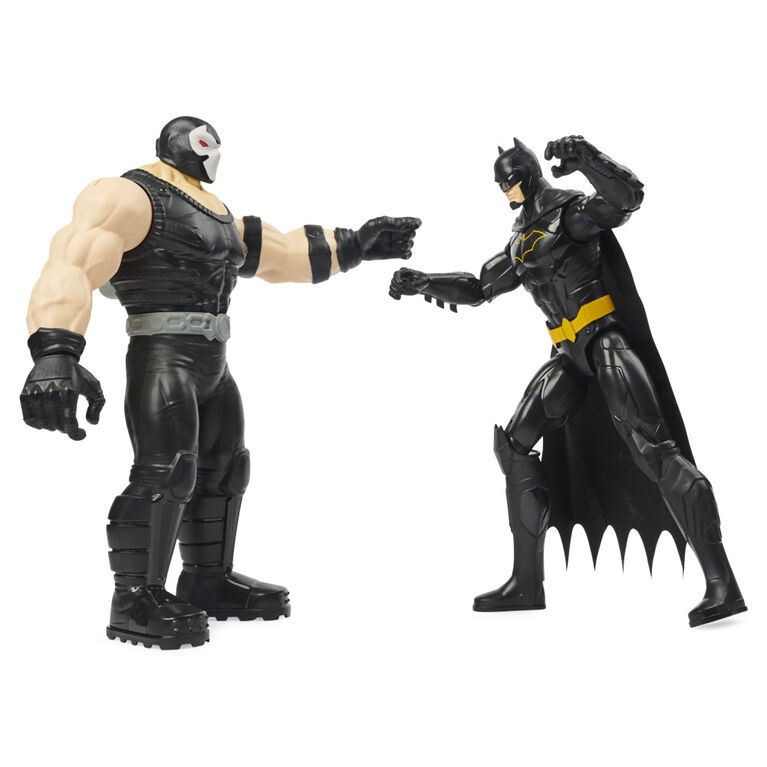 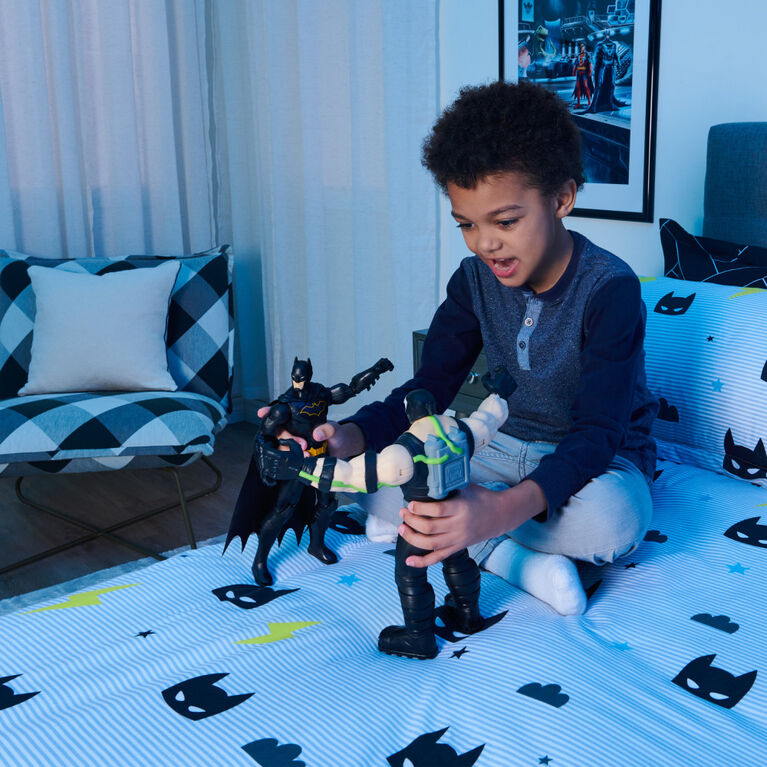 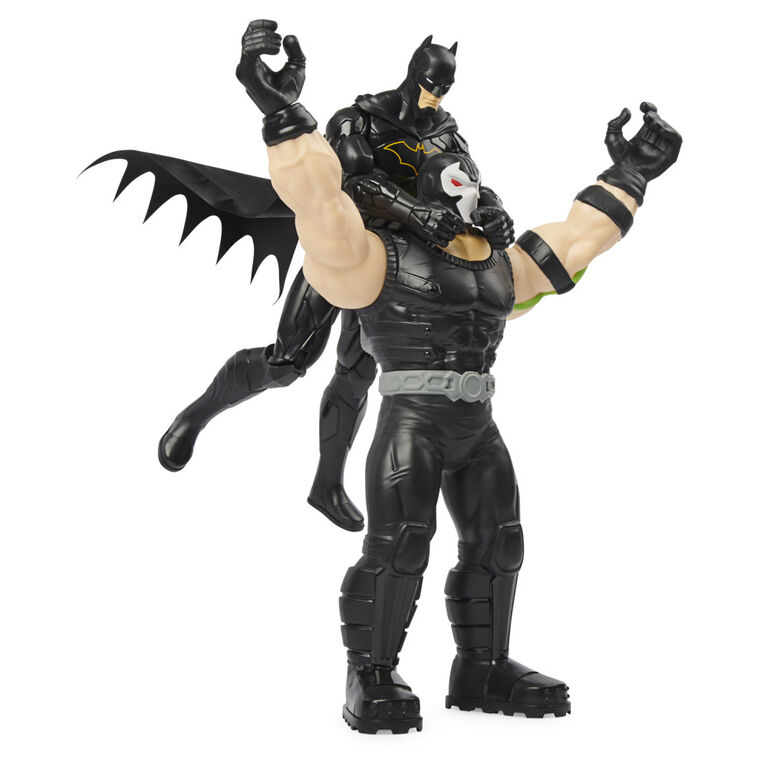 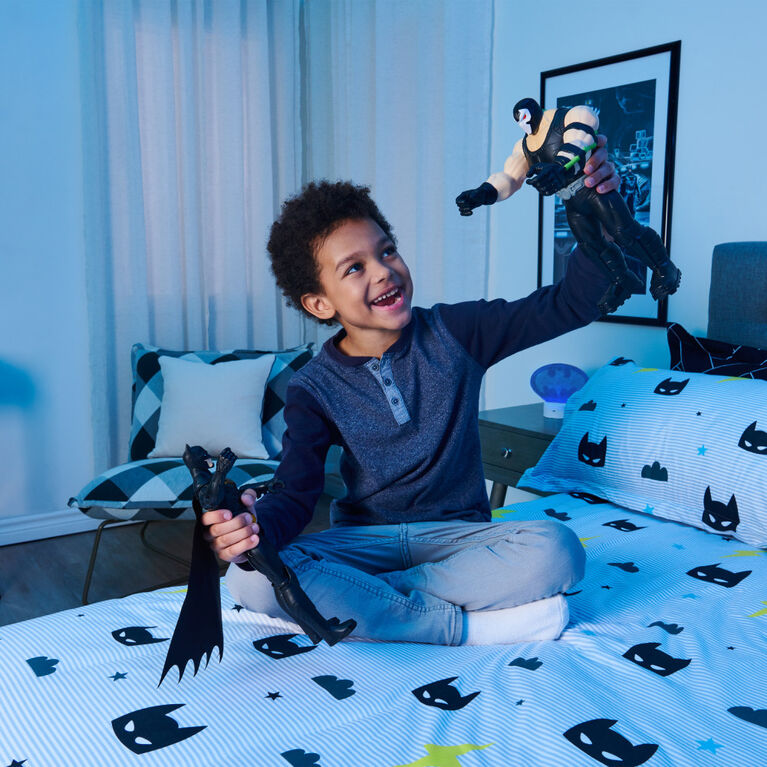 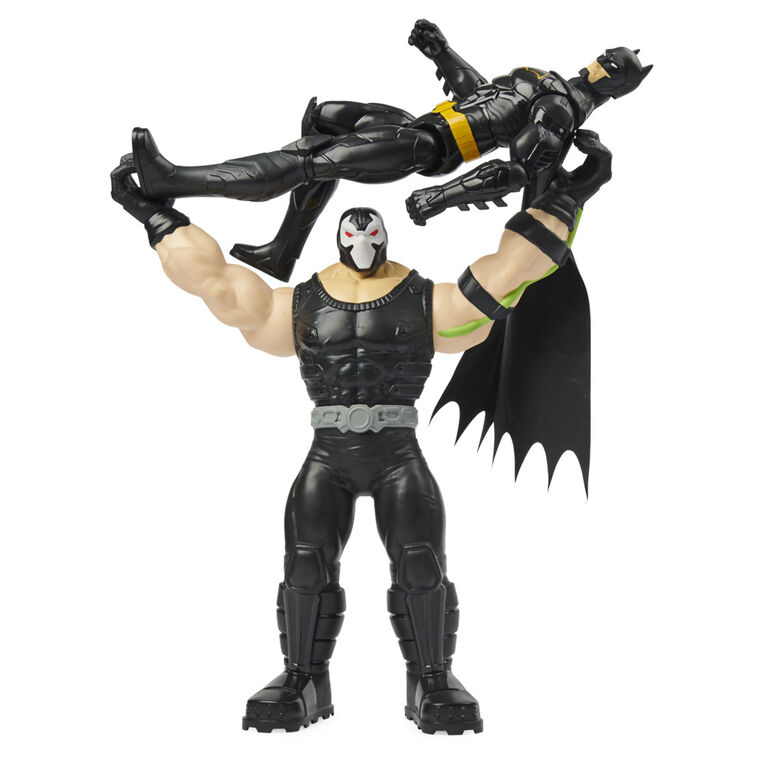 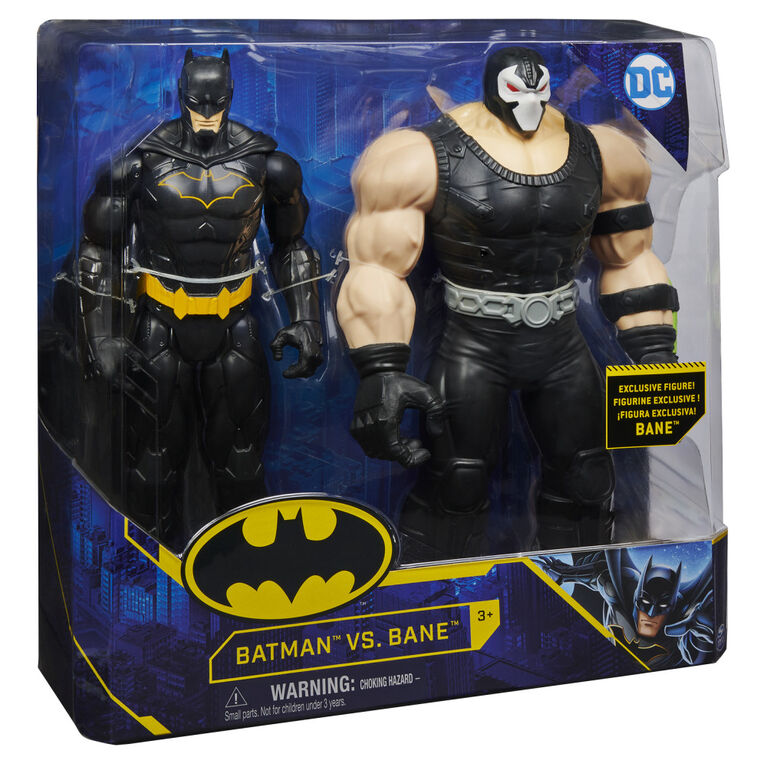 Pinch to zoom
R Exclusive, only available at Toys R Us Canada. Team up with Batman and protect Gotham City from Bane with the Batman vs. Bane 2-Pack, found only at Toys R Us! This 12-inch action figure set comes with a Batman action figure featuring a cloth cape and an exclusive Bane action figure you won’t find anywhere else. With exclusive comic styling, and 11 points of articulation on Batman and four points of articulation on Bane, pose each figure into dynamic action poses. Use your imagination to create your own epic Super Hero vs. Super-Villain storylines and battles! Expand your Batman action figure collection with Batman, Robin, The Joker, Nightwing, The Riddler and more (each sold separately). Face off against Bane with the Batman vs. Bane 12-inch Action Figures 2-Pack!