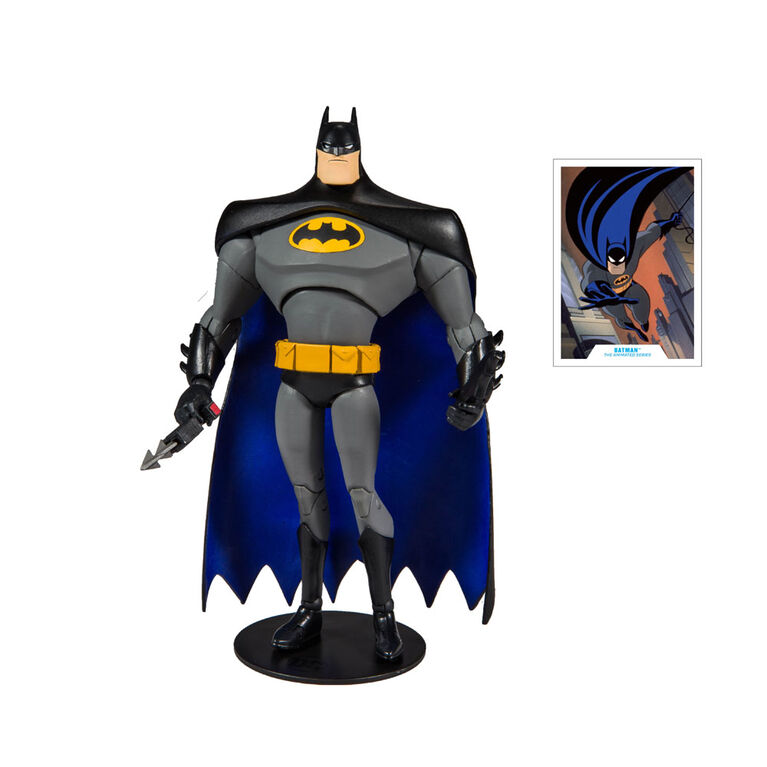 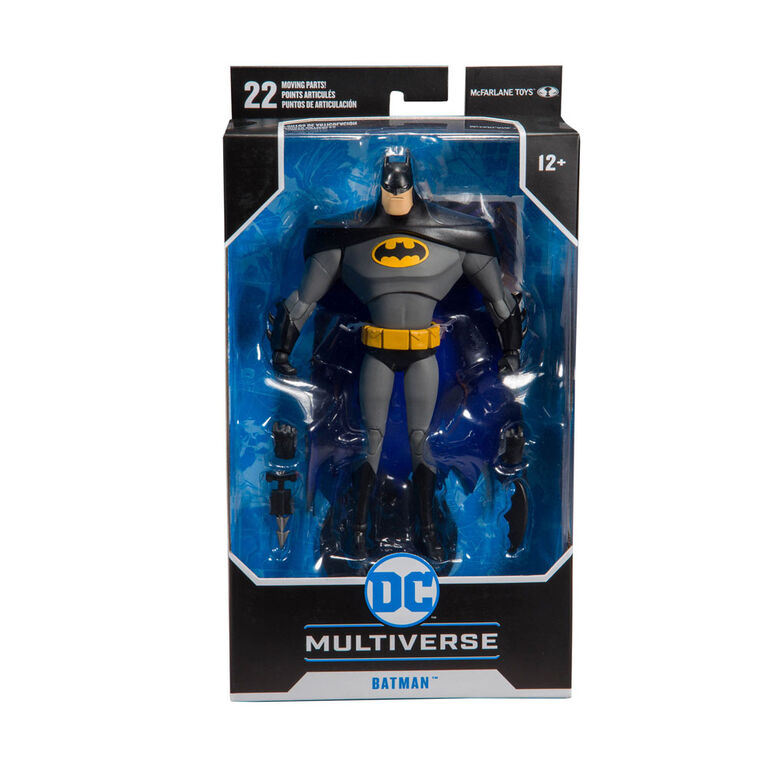 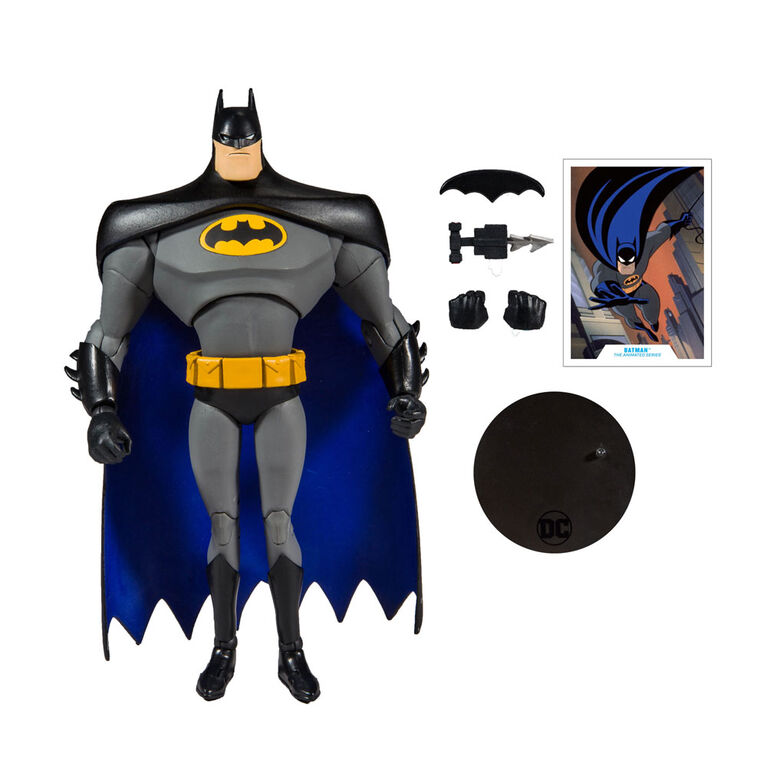 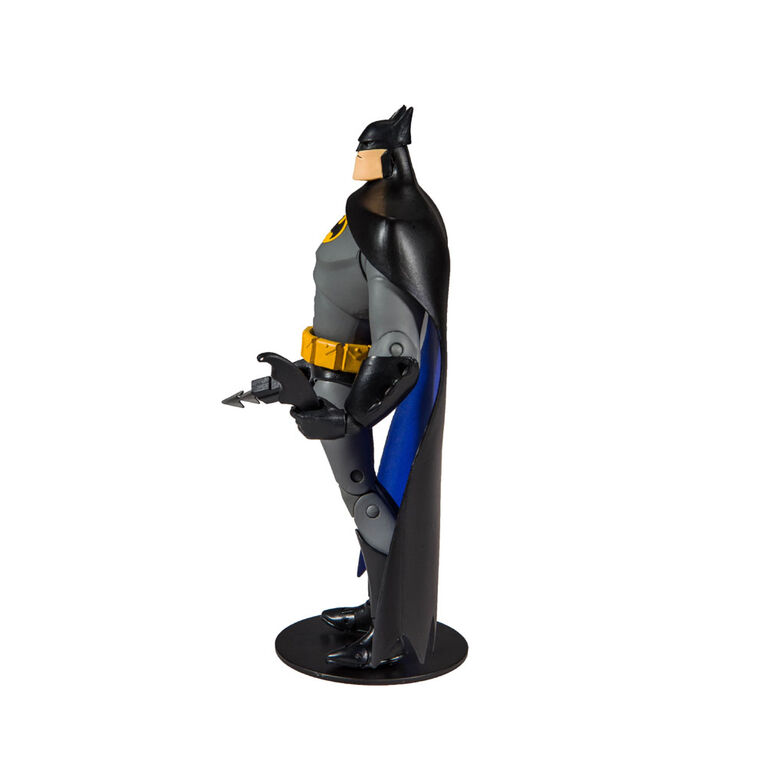 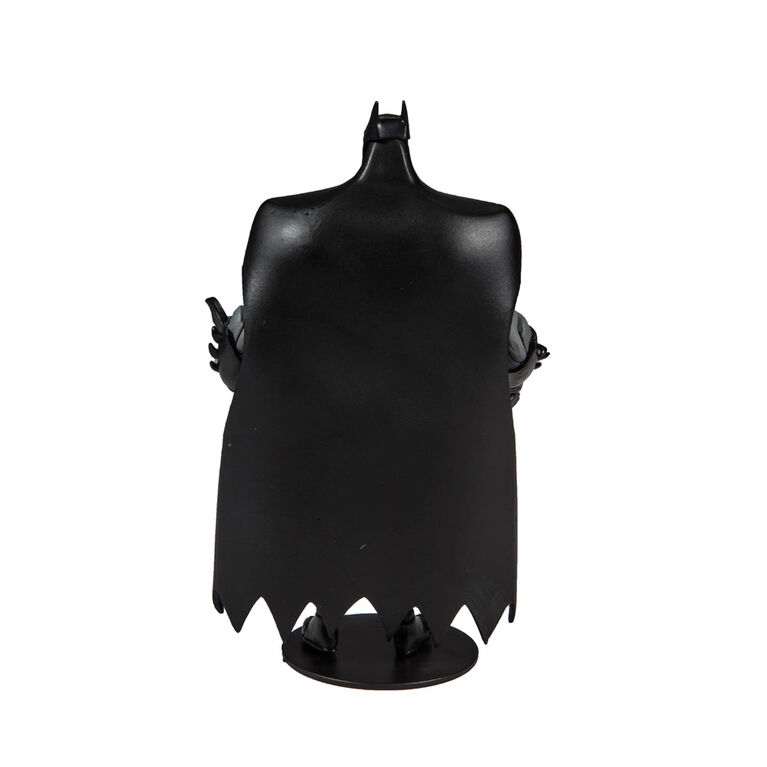 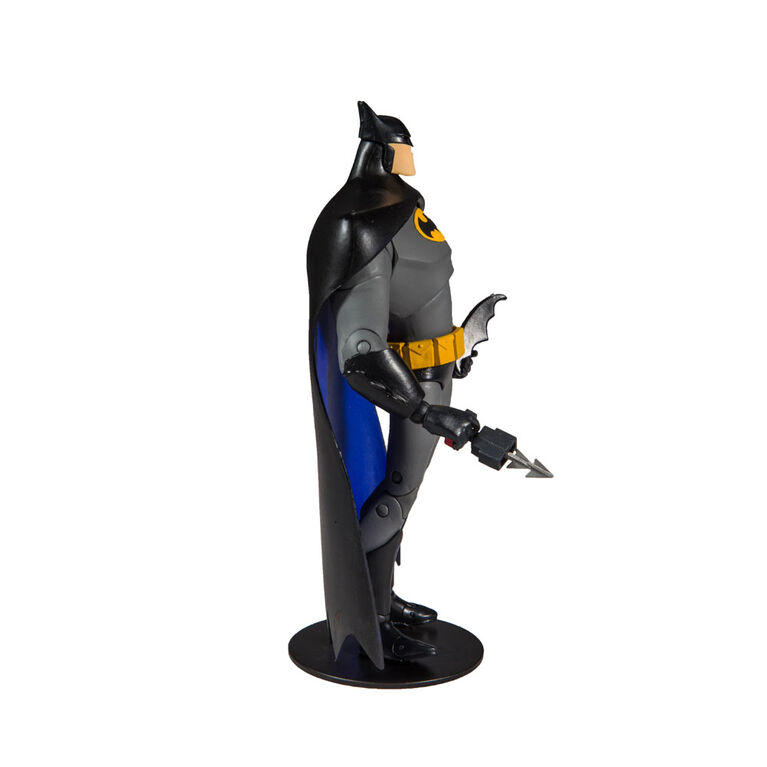 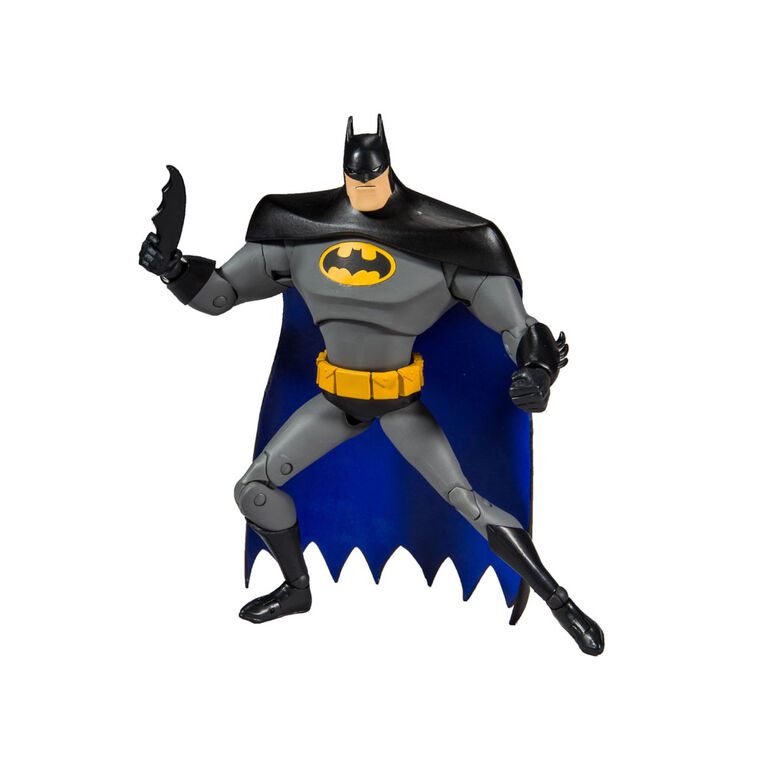 When two shots rang out, Bruce Wayne's life changed forever. He pledged himself to justice and he has upheld that oath for years. Wearing many names—the Dark Knight, the World's Greatest Detective, the Caped Crusader—he has battled tragic foes like The Joker, The Penguin, Mr. Freeze, and so many more. But deep inside, he knows that he shares something with them that most of humanity wouldn't understand—a commitment to the fight.

Batman's accessories include a Grapnel Launcher and Batarang

Included collectable art card with Batman the Animated Series artwork on the front, and character biography on the back

Each figure comes with a base and with various character specific accessories. Designed with Ultra Articulation with up to 22 moving parts for full range of posing and play