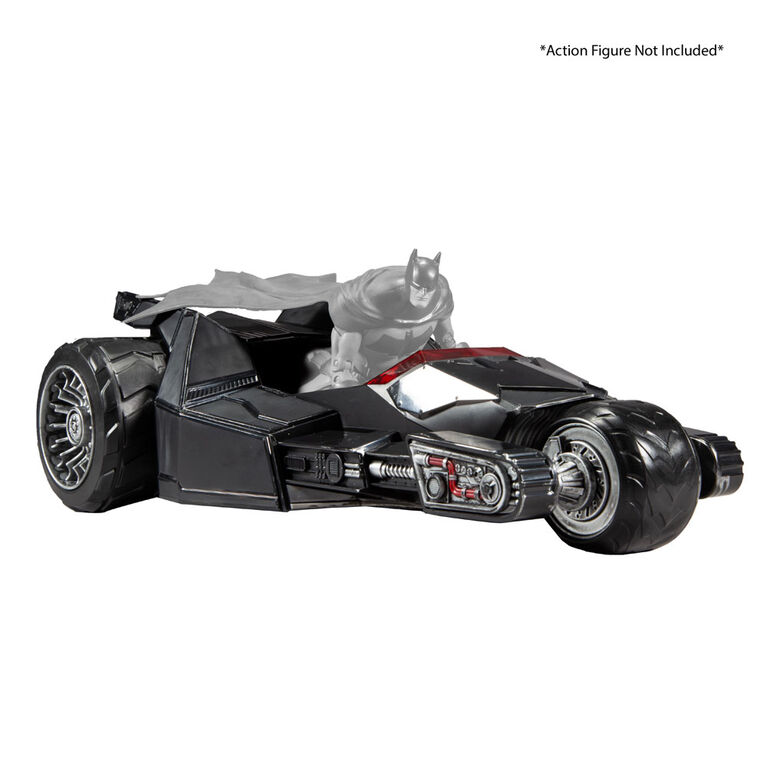 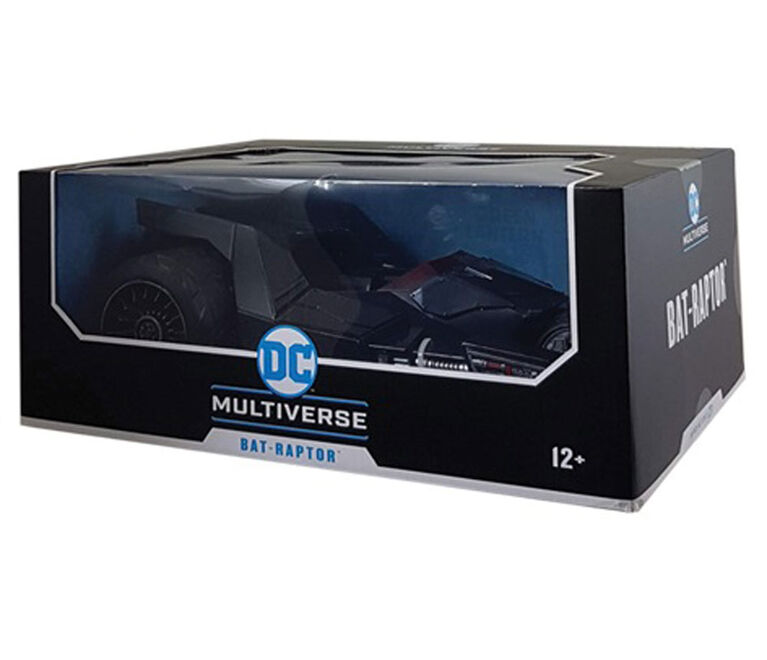 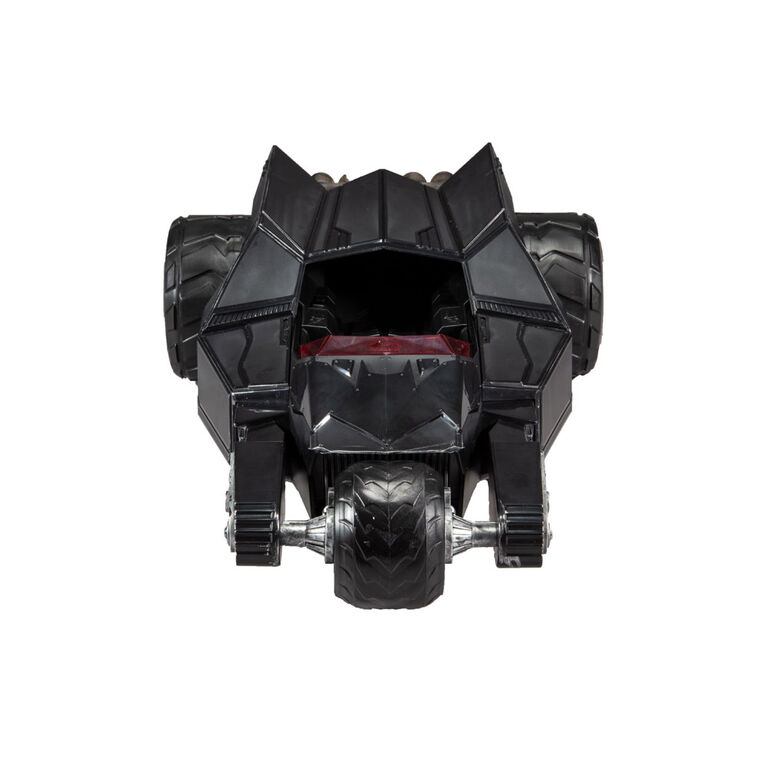 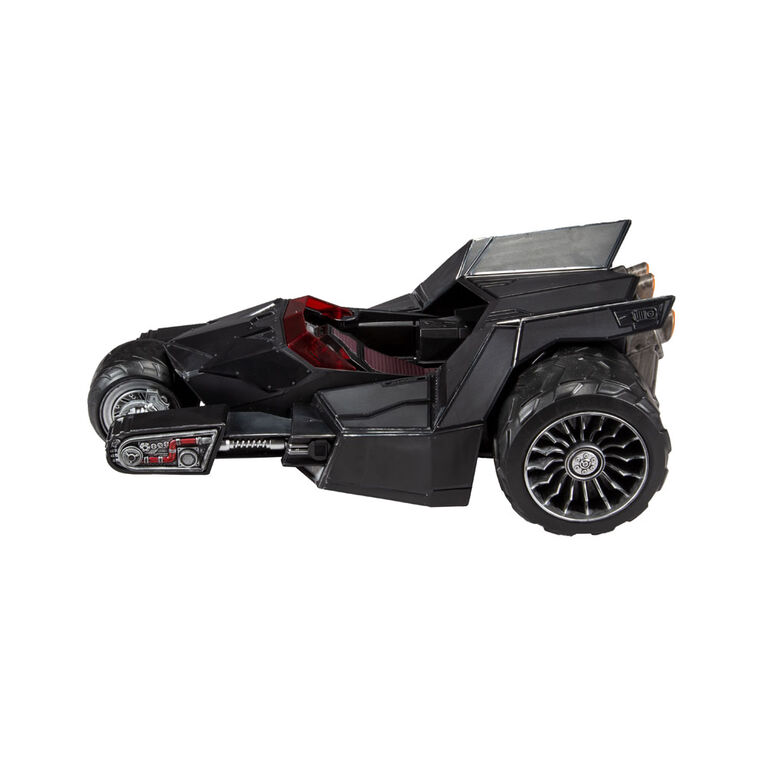 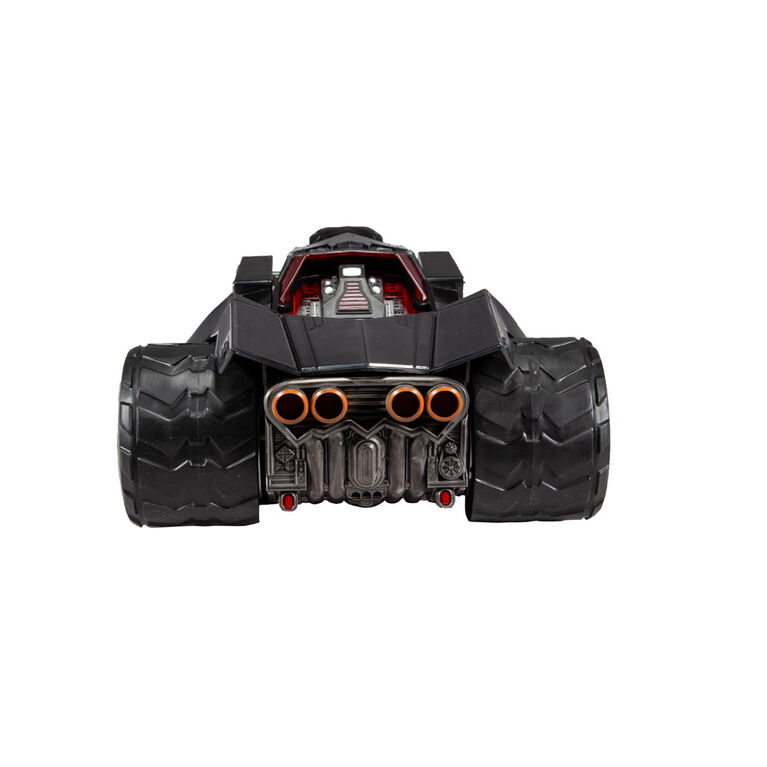 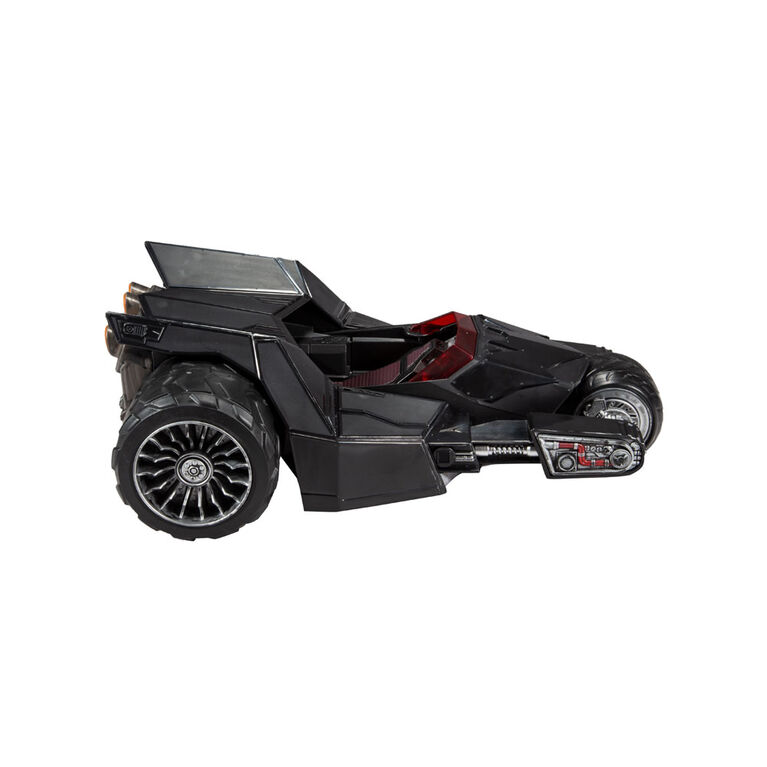 The Bat-Raptor is a state-of-the-art, three-wheeled, open-air roadster built by the Dark Knight himself. Powered by a mighty engine, this trike is able to make massive leaps, scale brutal terrain, and chase down the most evasive criminals. It also features a built-in grappling system and an emergency ejection seat.

Incredibly detailed vehicle based off the DC Multiverse

Designed to fit up to 7-inch scale DC Multiverse Figures

Included collectable art card with Bat-raptor artwork on the front, and character biography on the back. Bat-Raptor vehicle is based on Batman's Batmobile in the DC Comic The Batman Who Laughs