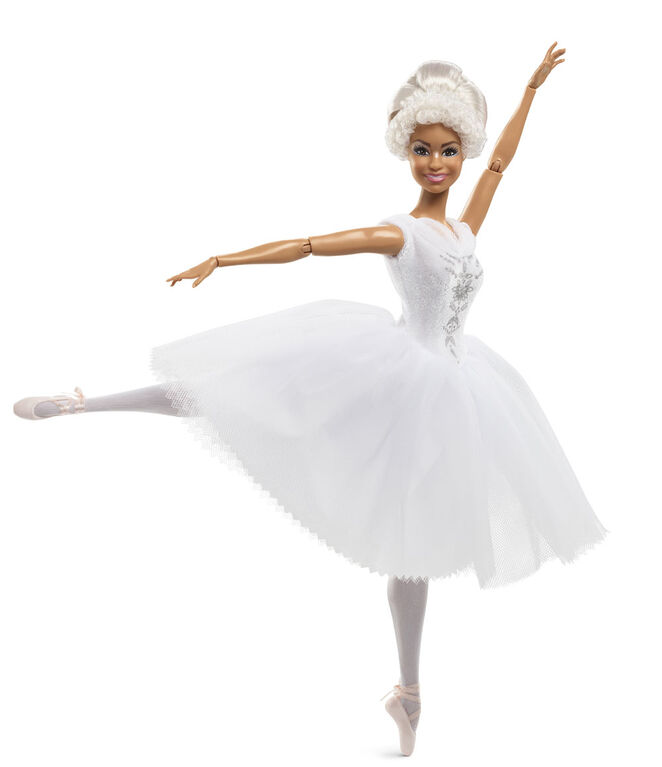 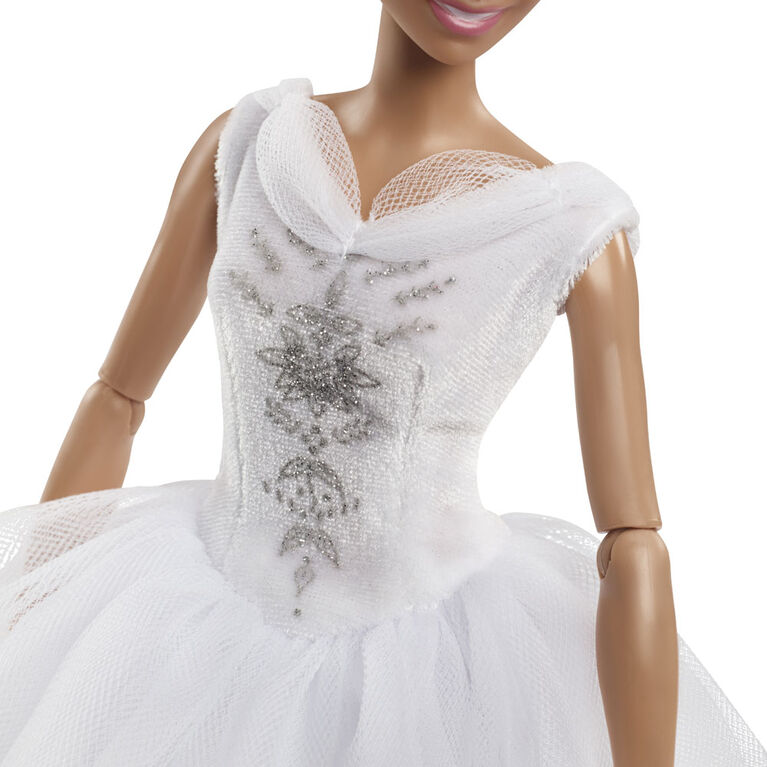 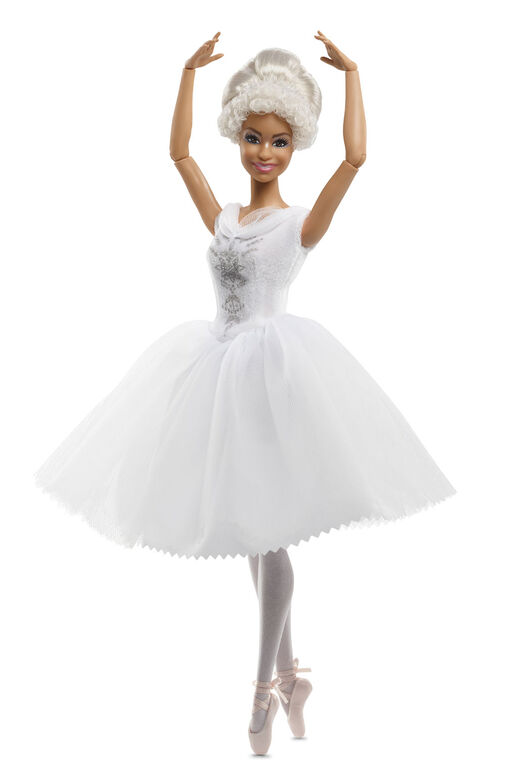 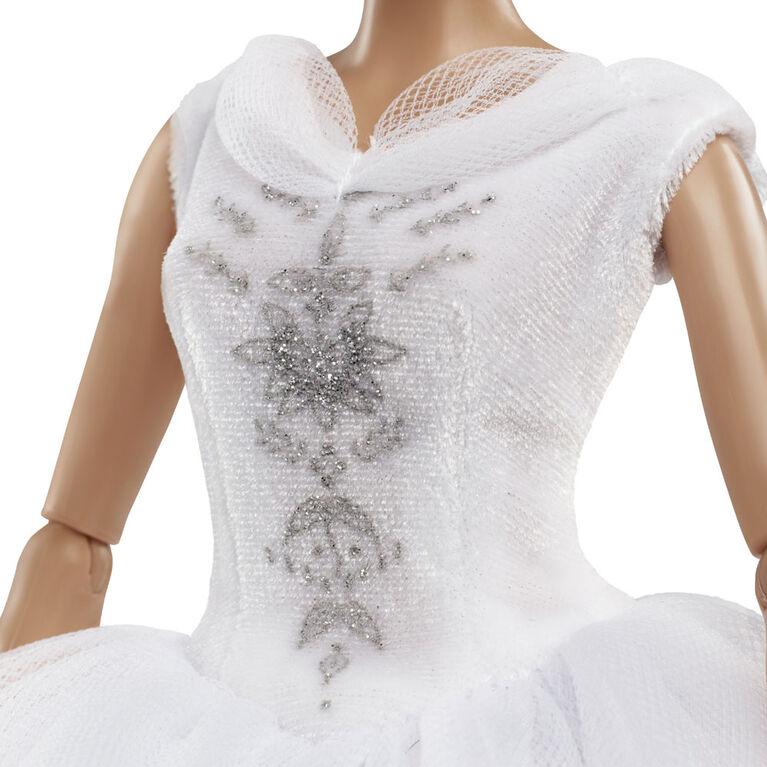 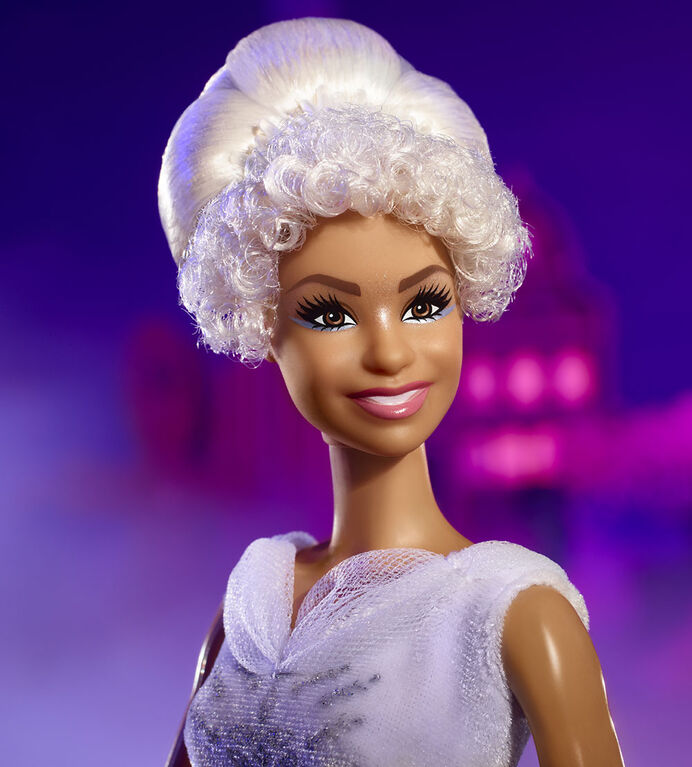 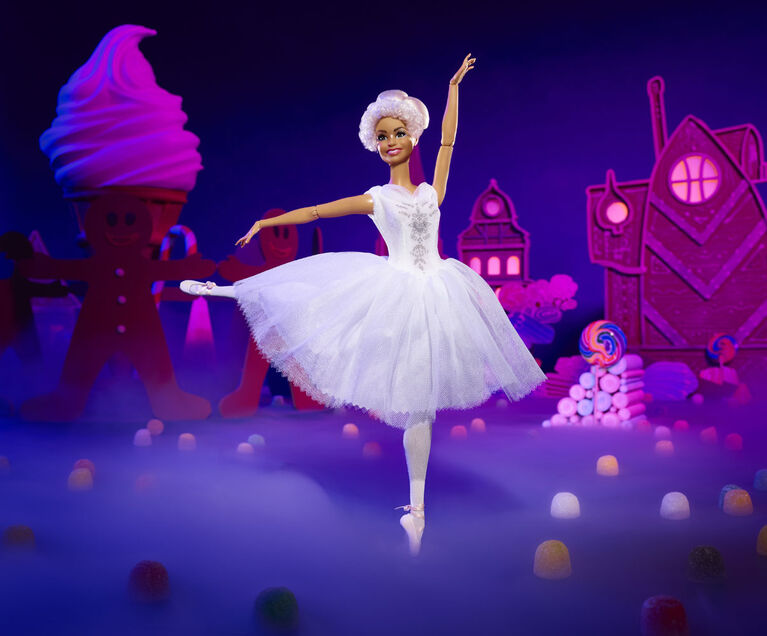 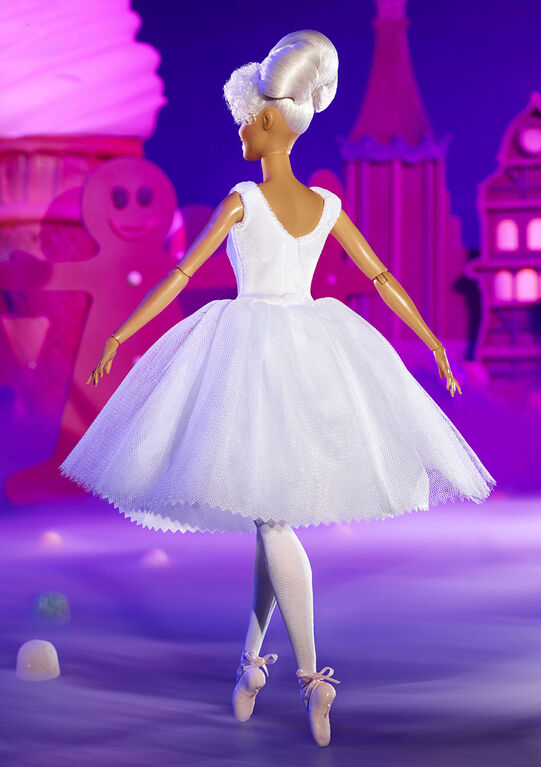 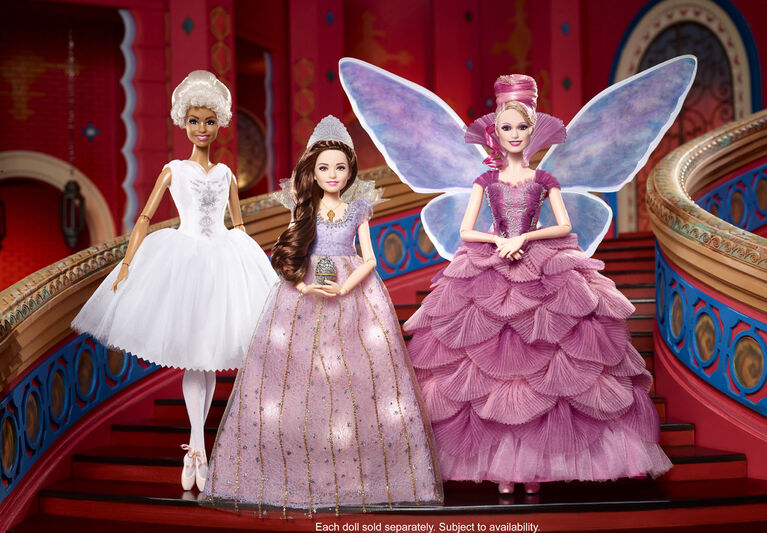 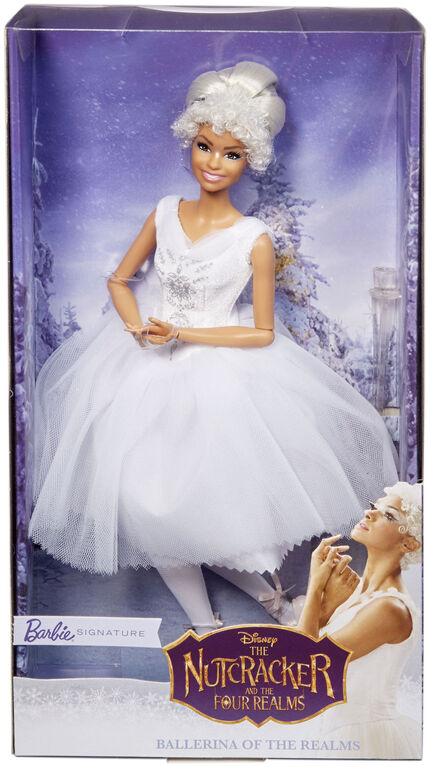 Barbie The Nutcracker and the Four Realms Ballerina of the Realms

Inspired by E.T.A. Hoffmann's classic tale, Disney's "The Nutcracker and the Four Realms" showcases the wondrous journey of Clara, who finds herself in the mystical world of the Four Realms, home to a host of eccentric characters and no shortage of surprises. Ballerina of the Realms dances with grace and passion at a spectacular pageant created to celebrate Clara's arrival to the Four Realms. The elaborate production reveals to Clara the extraordinary story behind the Land of Snowflakes, Land of Flowers, Land of Sweets and the ominous Fourth Realm. The Ballerina of the Realms doll is inspired by the character in the film and features the Ballerina in a lovely white dress with sheer overlay and silver-sequined design on the front bodice. She stands delicately en pointe in light pink ballerina shoes. Recreate dance scenes from the film with this beautiful Ballerina of the Realms doll. Doll is sculpted to the likeness of the actor, is fully poseable and includes a doll stand for display and Certificate of Authenticity.