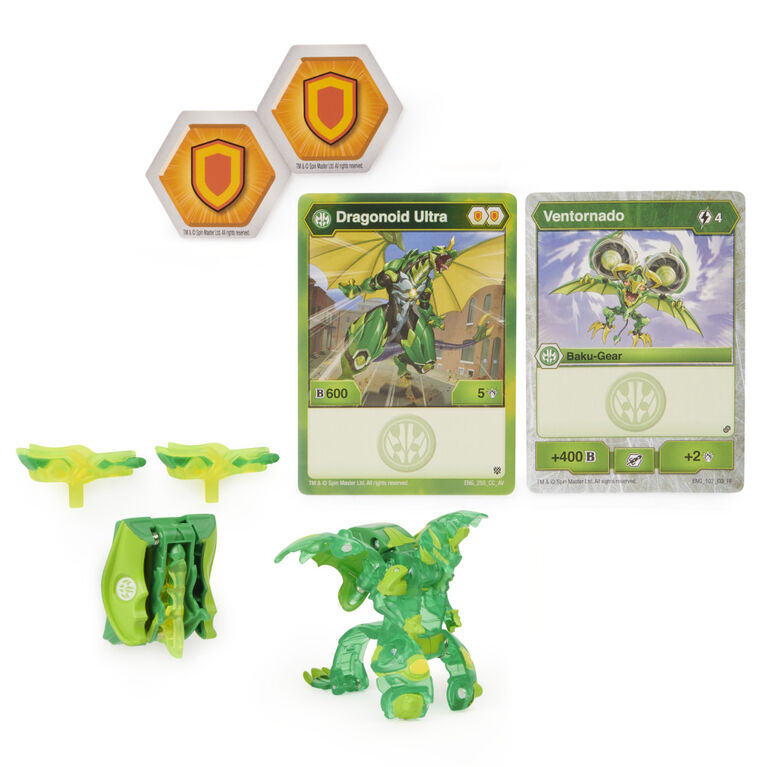 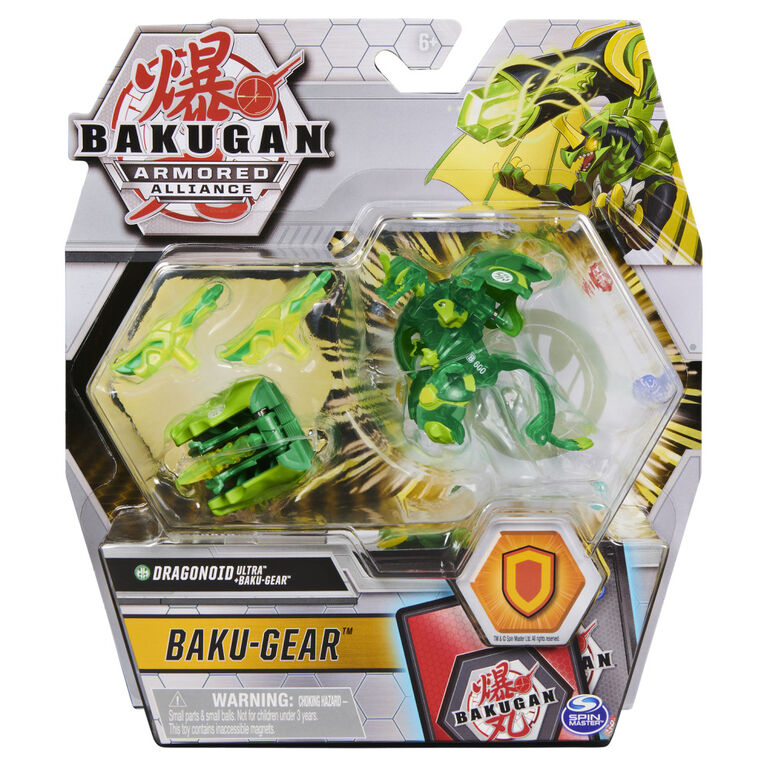 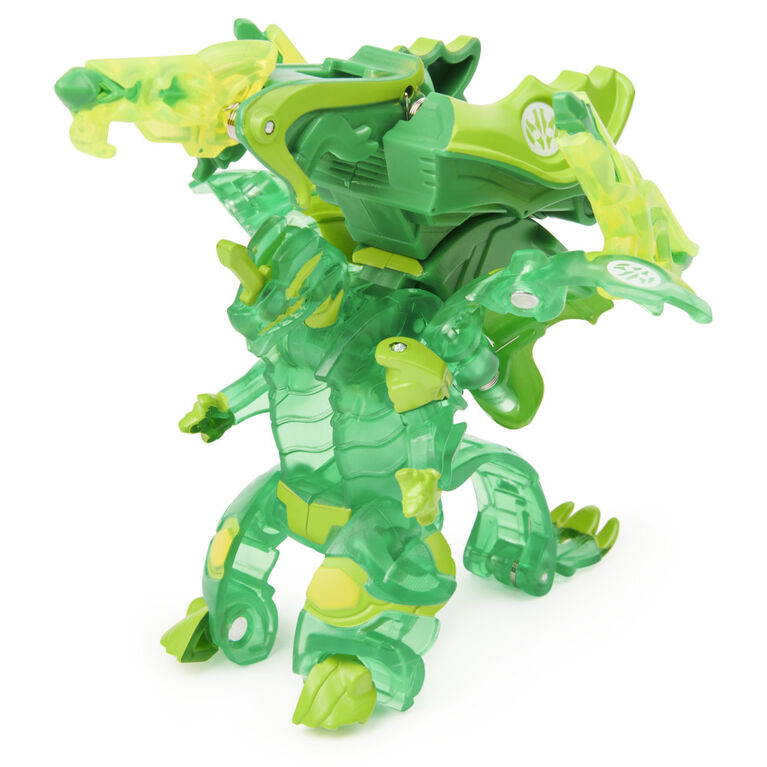 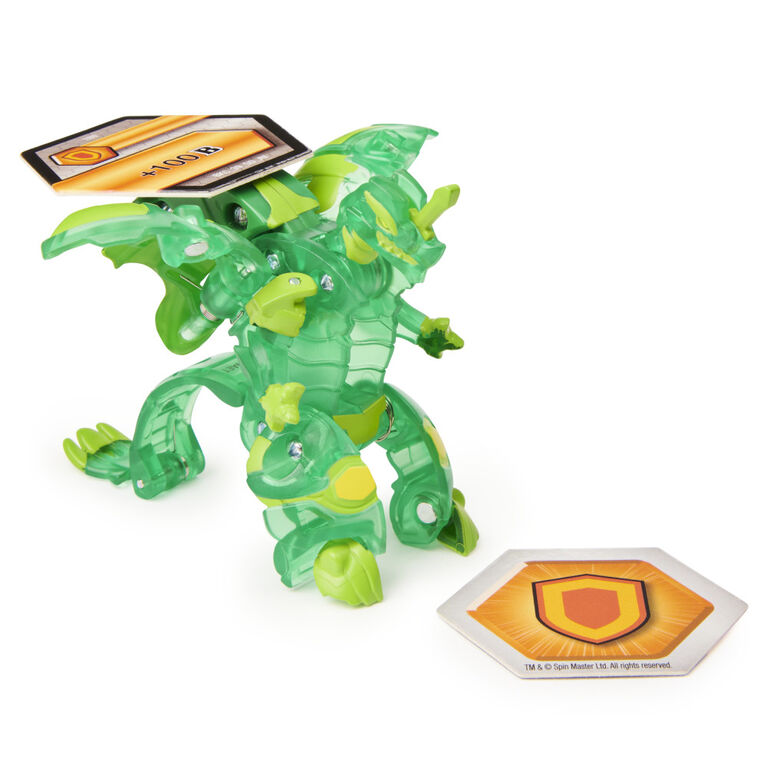 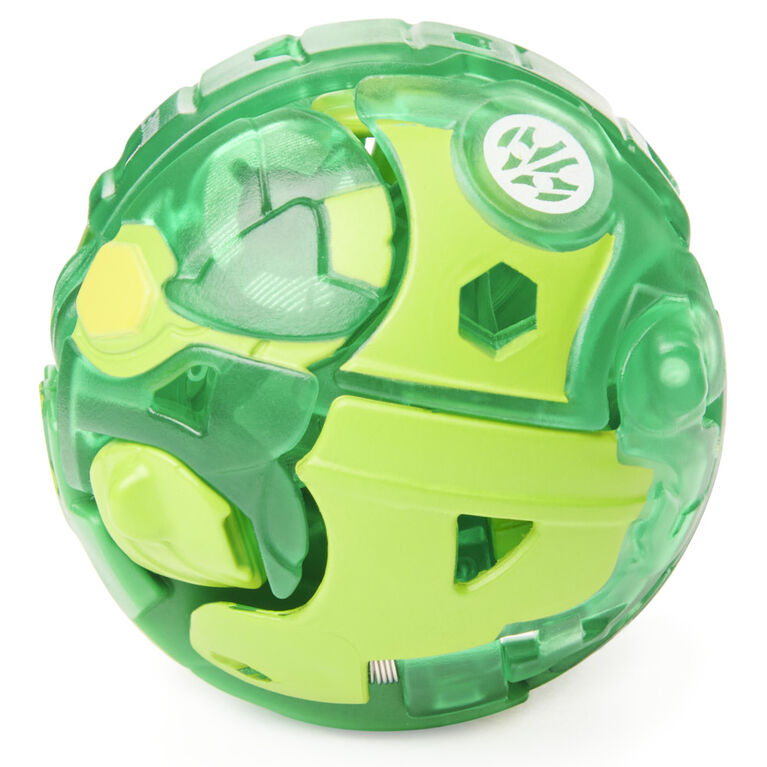 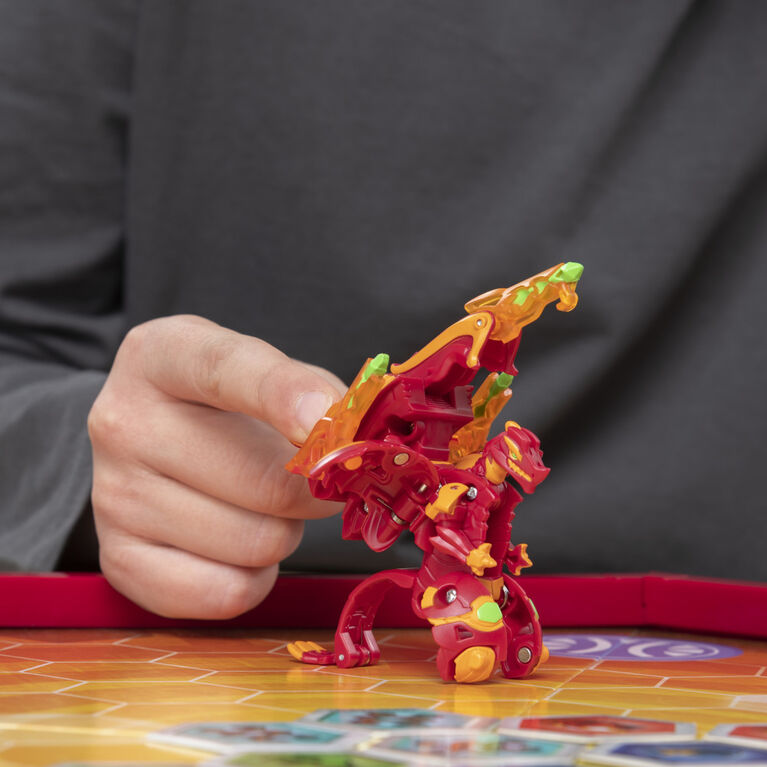 Pinch to zoom
Power up your brawling with Armored Alliance Bakugan Ultra and Baku-Gear! Unleash epic transformations with awesome new weapons, just like you’ve seen your favorite characters use in the hit show (now on NETFLIX)! Roll your Bakugan across the metal BakuCores (two included) and they’ll leap open, changing from BakuBall to Bakugan Ultra. Then, amp up your battling power by dropping the included Baku-Gear on top of your Bakugan Ultra and watch it transform! With Baku-Gear, the stakes are even higher! Standing at 3-inches tall, each Season 2 Armored Alliance Bakugan Ultra has amazing detailing and its faction symbol, and now you can also collect Faction Fusion Bakugan Ultra! These Bakugan combine two factions to create all-new, even more powerful characters and feature colors from both factions for a unique look. When it’s time to brawl, enter the battle with your mega-powerful creature and gear and use the character and ability card (both included) optimized for your Bakugan, to defeat your opponent. Add over 50 Bakugan Ultra with Baku-Gear to your collection and create your own army of warriors. With all-new Baku-Gear, no battle will ever be the same. Baku-Gear up and roll into action with the Armored Alliance Bakugan Ultra and Baku-Gear!