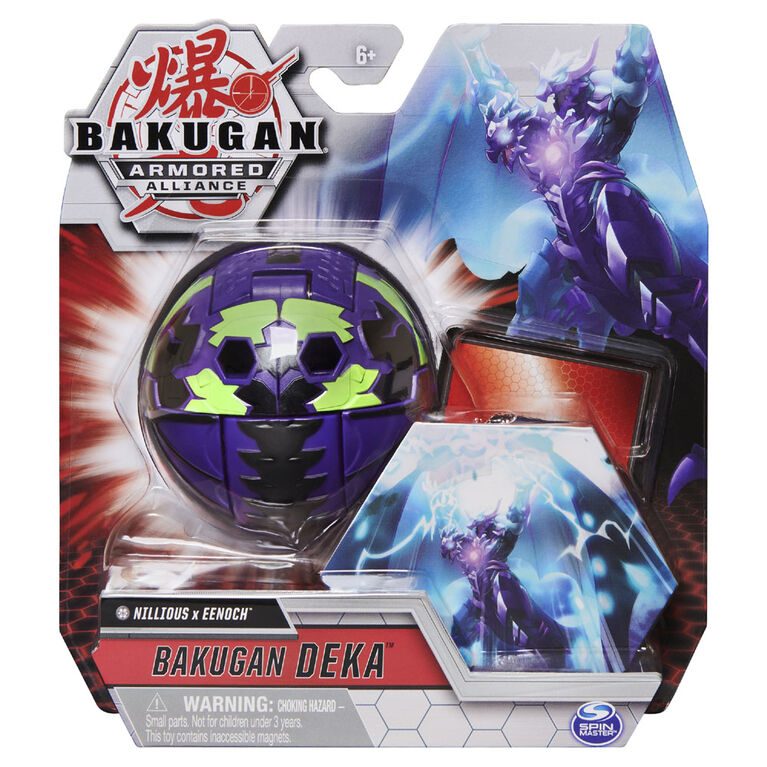 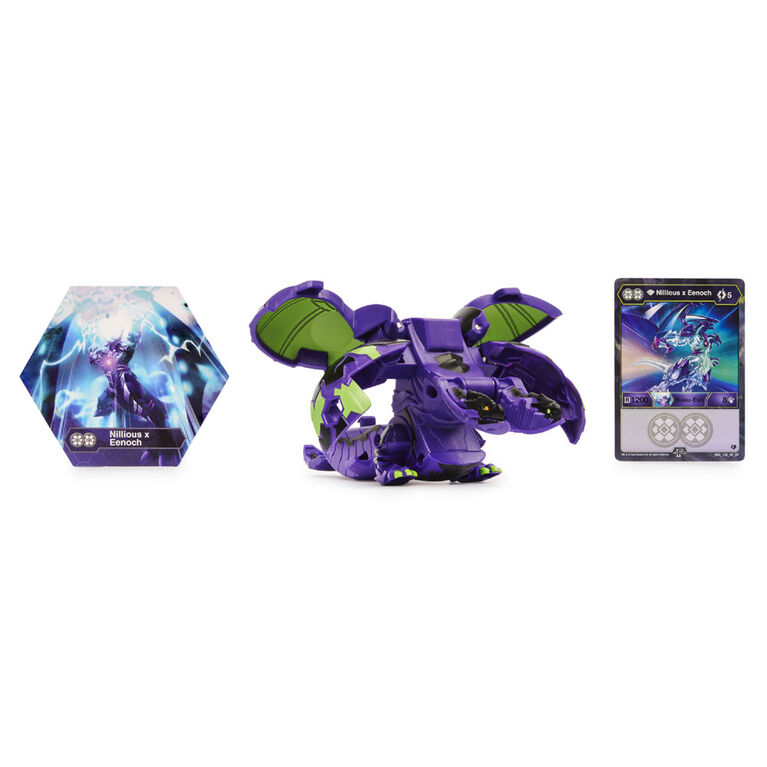 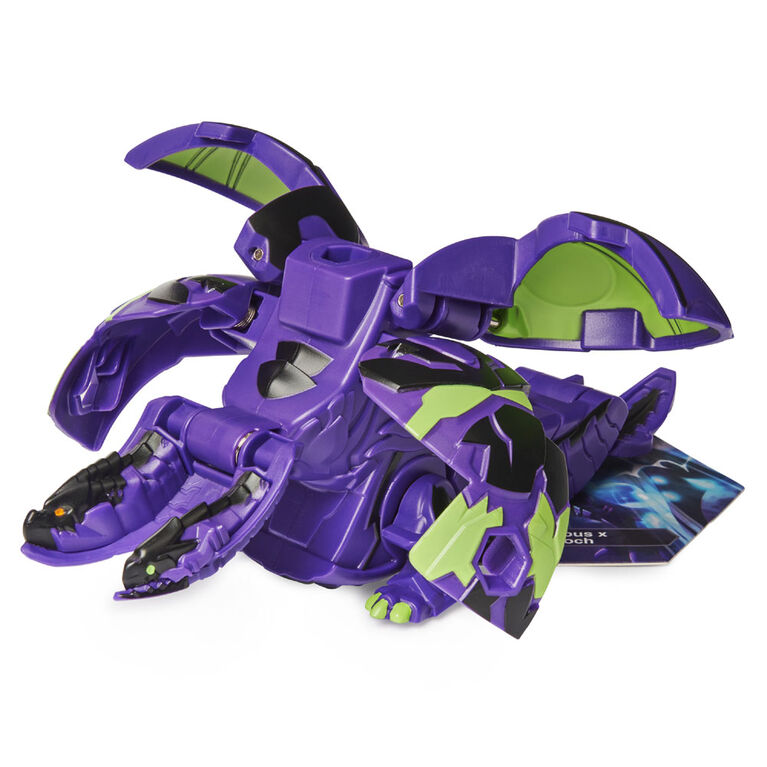 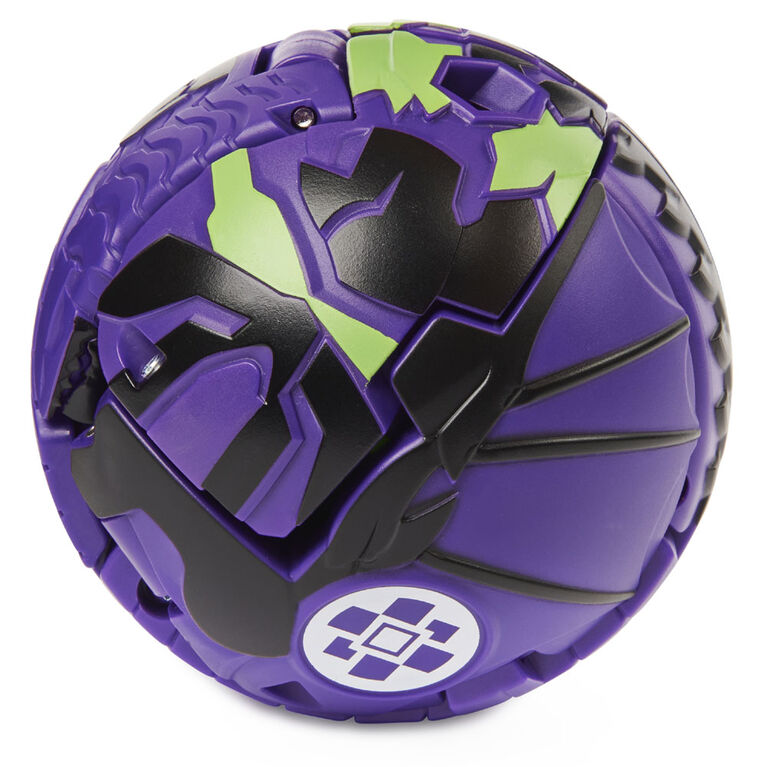 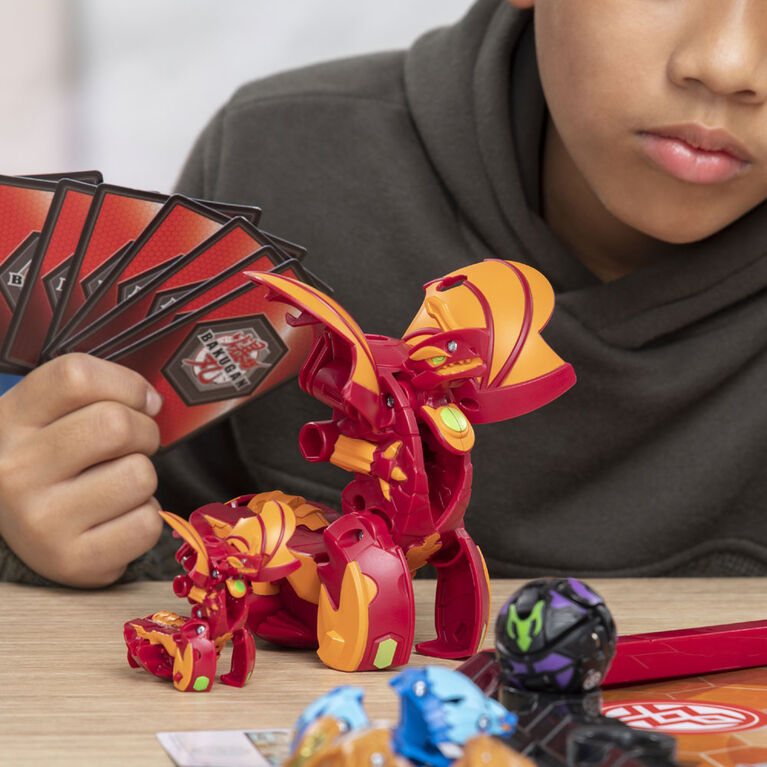 Your favorite Bakugan just got bigger and have fused to become even more powerful! Unleash the power of fused Deka Bakugan, jumbo-sized versions of your favorite Bakugan Armored Alliance characters from the hit show (now on NETFLIX)! Faction Fusion Bakugan combine two factions to create all-new, even more powerful characters for you to collect! Transform your Bakugan by rolling them across their exclusive large BakuCores (included) and they'll pop open, changing from 3-inch Bakugan ball into battle-ready Deka Bakugan! Each fused Deka Bakugan features awesome detailing and colors of both factions, bringing it to life. With so many characters to collect, including Dragonoid x Tretorous, Pegatrix x Gillator, Nillious x Eenoch and more, these large-scale Bakugan are ready to roll! While Deka Bakugan are collectible and not compatible with the Bakugan toy battling game, you can use the included ability card in the Battle Arena to defeat opponents and emerge victorious! Take your Bakugan collection to the next level with the fused Deka Bakugan figures!