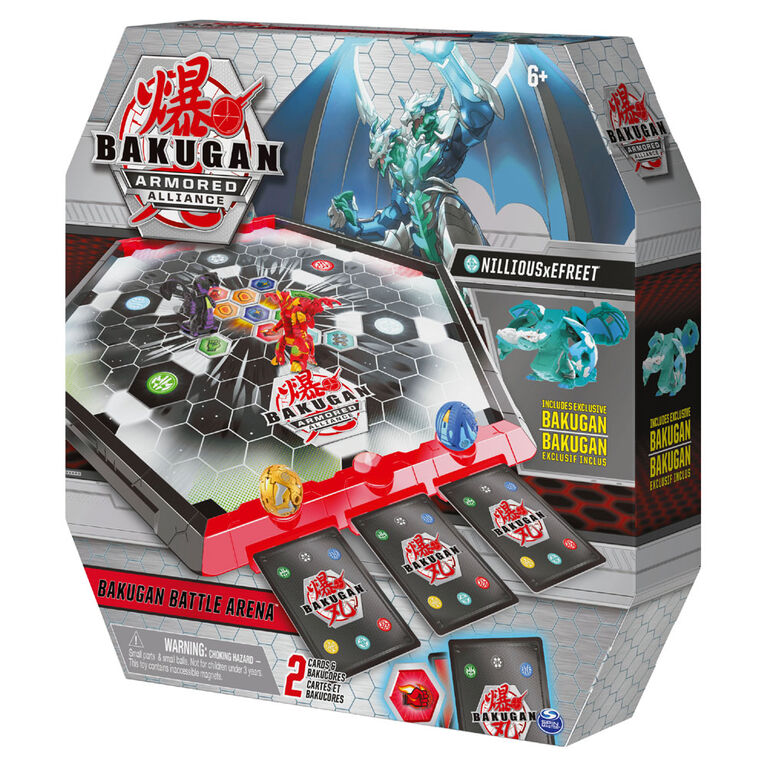 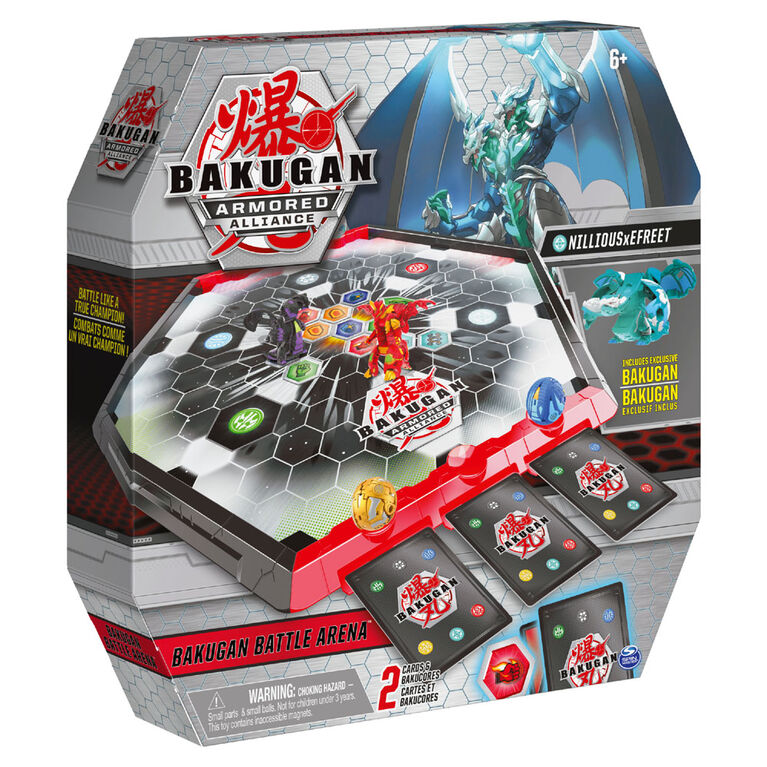 Pinch to zoom
Take your game to the next level with the Bakugan Battle Arena! This arena is the ultimate way to battle like a true champion! With a hexagonal grid already on the board, laying out your BakuCores (two included) has never been faster. Face off against an opponent and roll your exclusive fused Nillious x Efreet Bakugan (included) for pop open Baku-Action! Faction Fusion Bakugan combine two factions to create all-new, even more powerful characters for you to collect! These fused Bakugan have colors from both factions for an awesome look. Featuring space to hold your cards and Bakugan, you can easily stay organized while you battle! The Battle Arena’s included bumpers also help to make sure your Bakugan always stay in play. For more ways to play, use the included Gate-Card and earn bonuses to combine with your Bakugan’s power that can help you win your brawls! The thrill of the brawl comes alive with the Battle Arena! Who will leave the Bakugan Battle Arena victorious?

Bakugan Battle Arena, Game Board with Exclusive Fused Nillious x Efreet Bakugan - Styles May Vary is rated 3.0 out of 5 by 3.
Website Price: $36.99