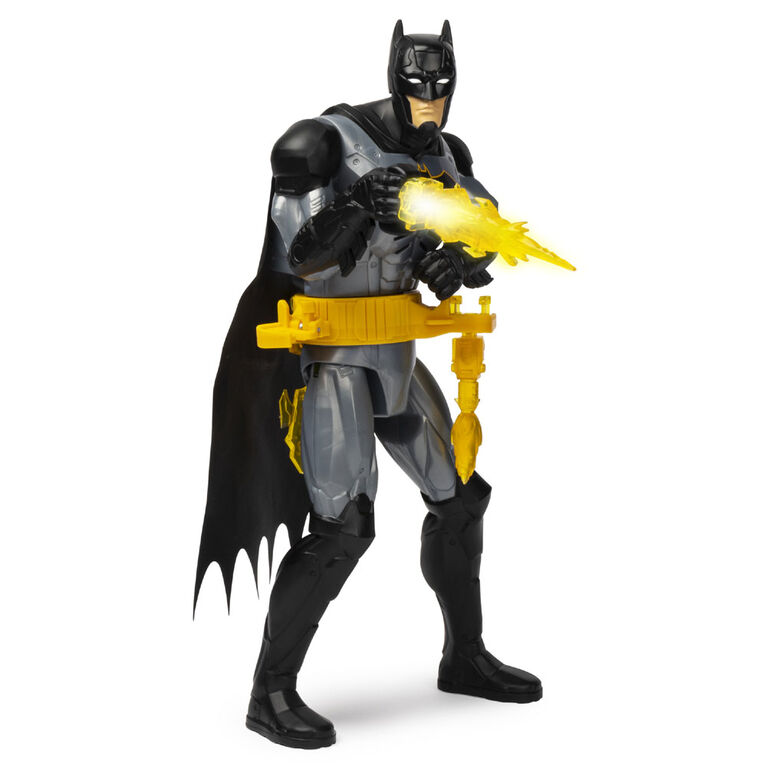 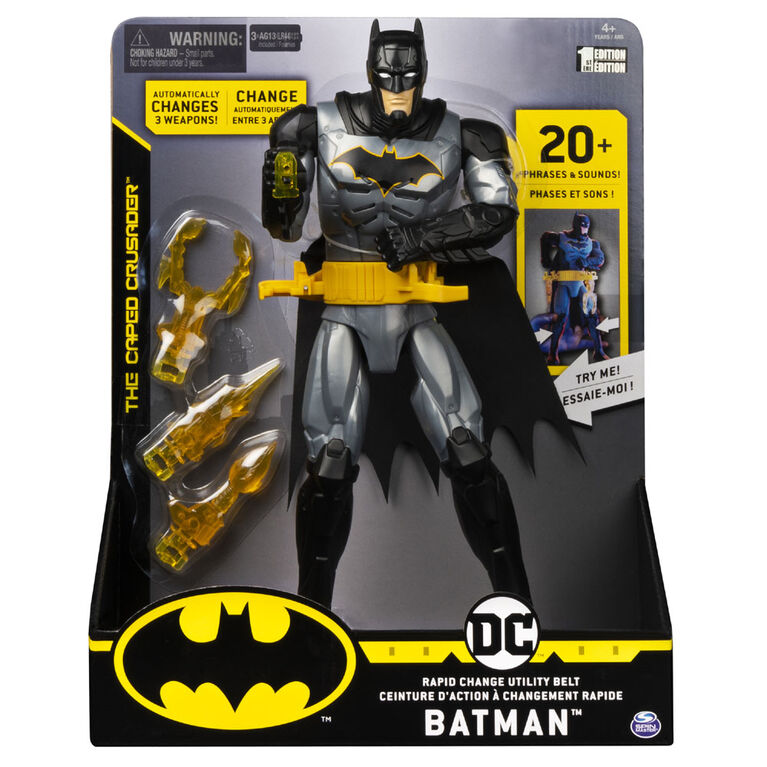 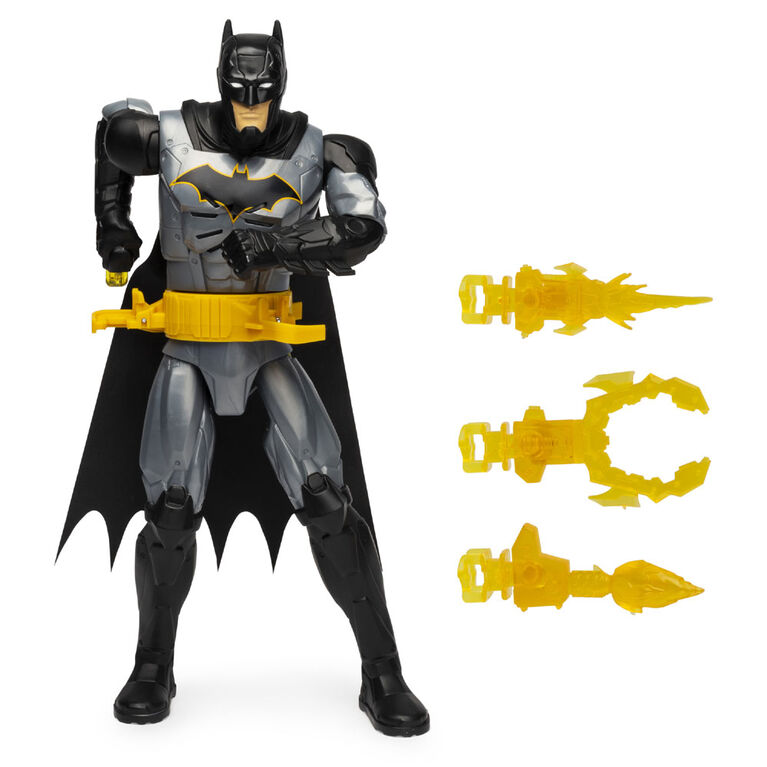 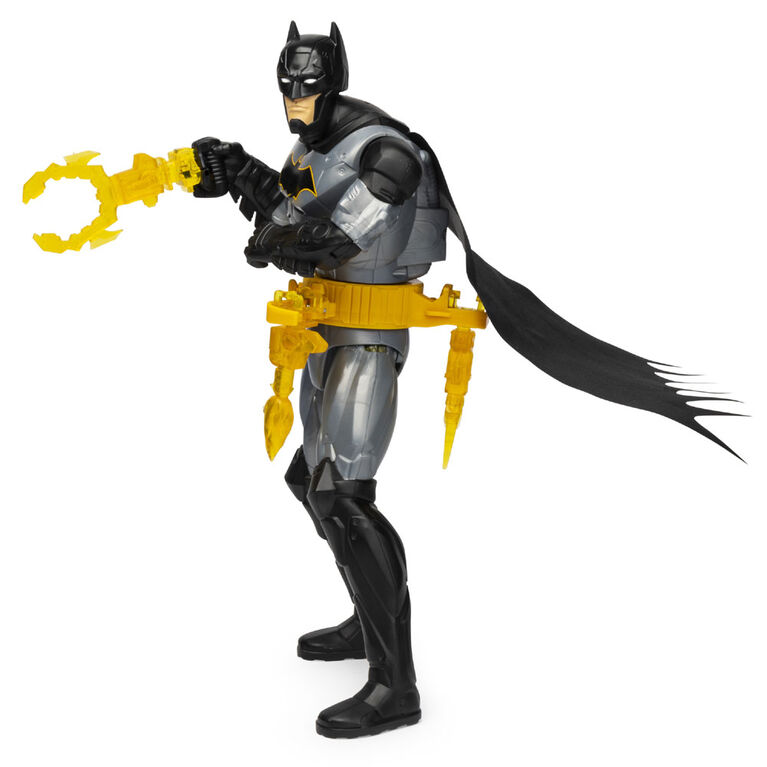 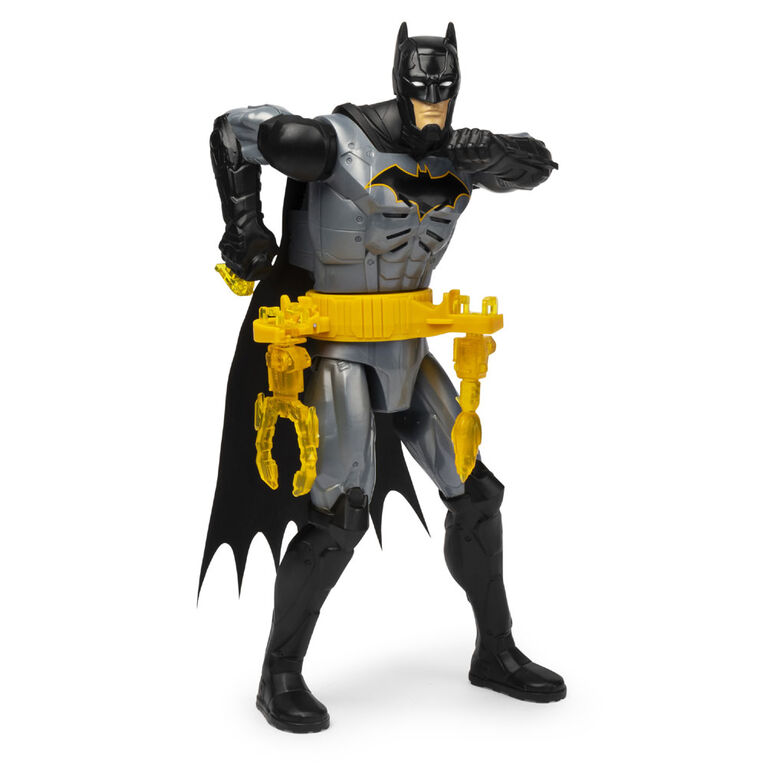 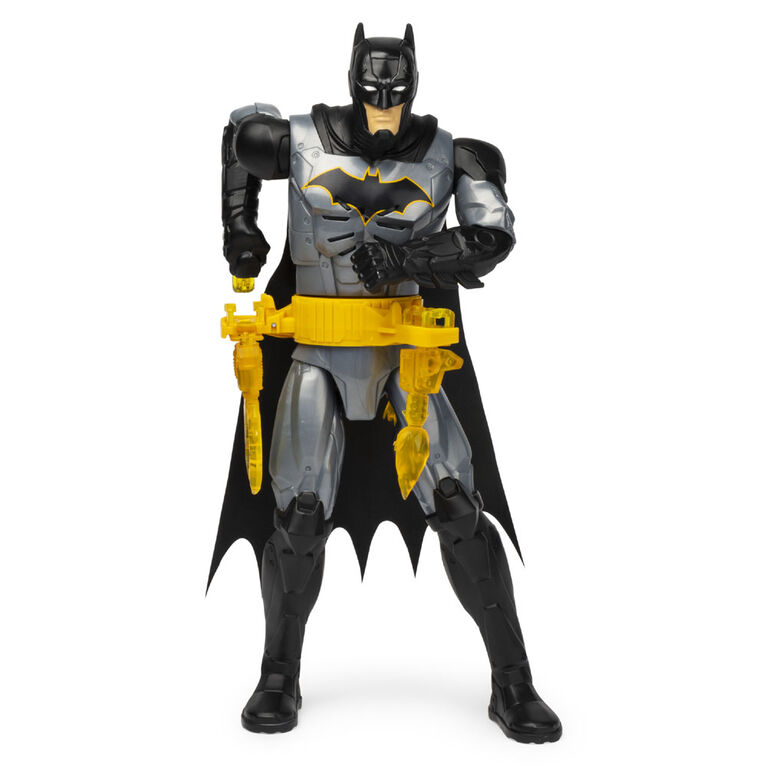 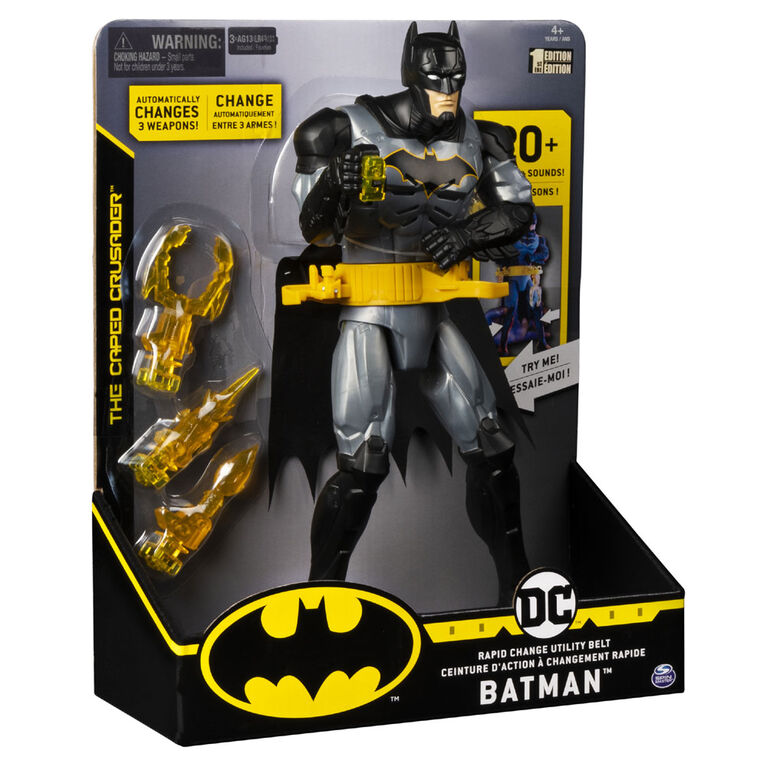 Pinch to zoom
Get ready for combat with the 12-Inch BATMAN Rapid Change Utility Belt Action Figure! This CAPED CRUSADER deluxe action figure comes packed with epic features. With a rapidly rotating weapon change tool belt, weapons that light up and over 20 phrases and sounds, this BATMAN action figure toy can handle any mission! Slide the included Bat Claw, Bat Torch and Bat Blaster weapons into the utility belt, and squeeze BATMAN'S legs to automatically change a weapon. His belt rotates, activating the sound effects, lighting up the weapon as it's pulled from the utility belt! Not the right tool for combat? No problem! Simply squeeze BATMAN'S legs to automatically return the weapon into the utility belt, then squeeze once again to draw a new weapon! Featuring a highly detailed sculpt, cloth cape and three points of articulation, pose your BATMAN figure. Switch weapons again and again and bring the action of BATMAN to life with the 12-Inch BATMAN Rapid Change Utility Belt Action Figure!