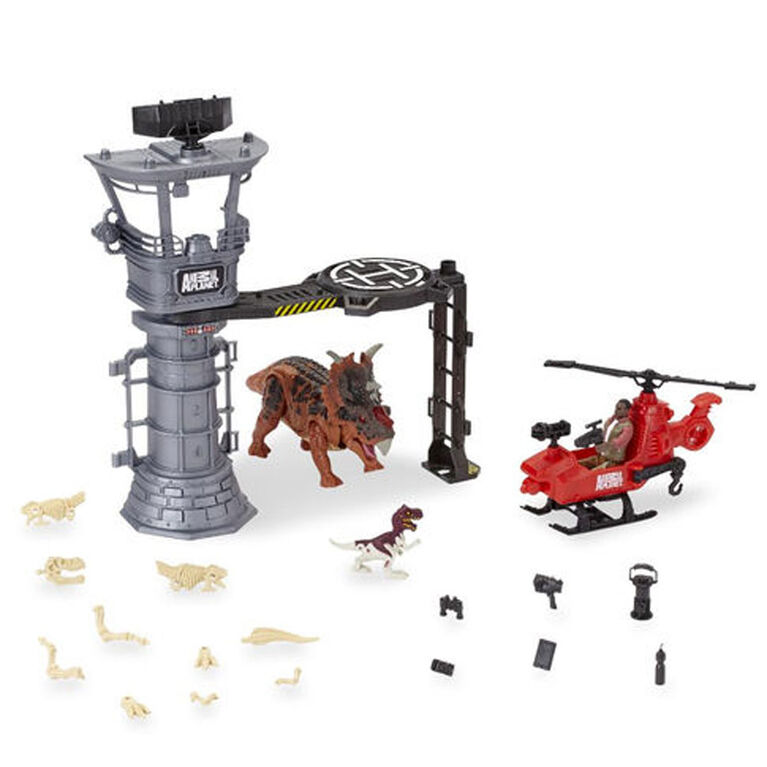 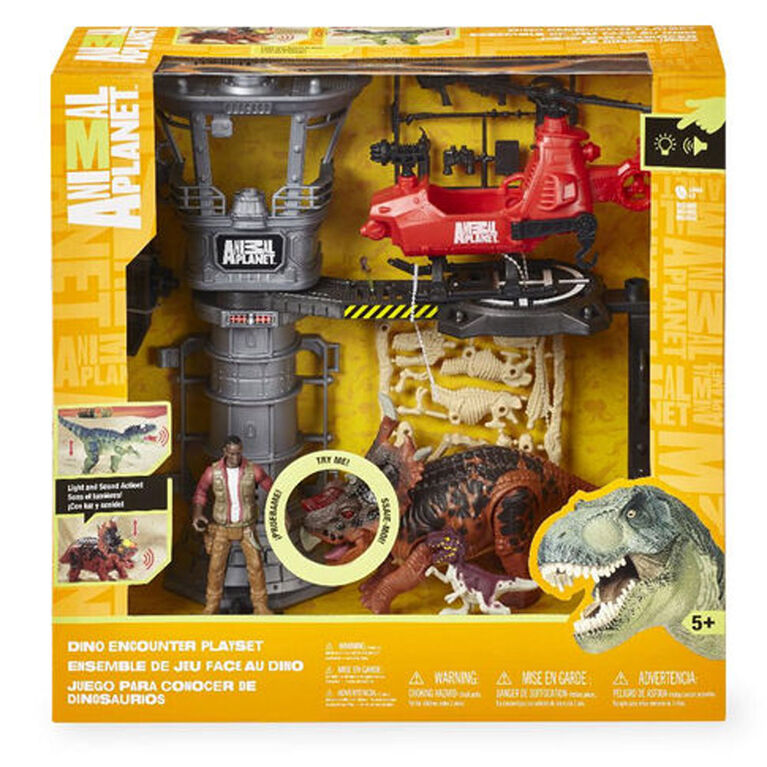 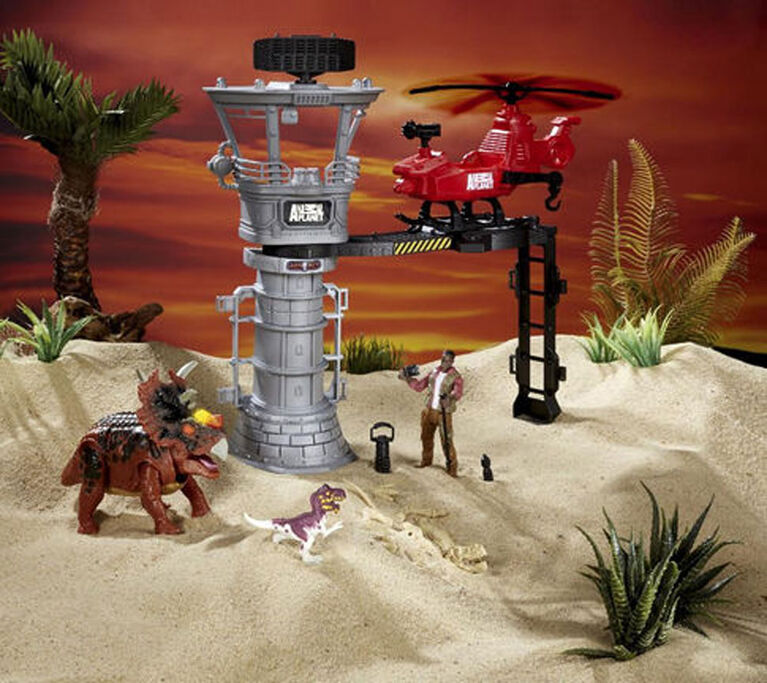 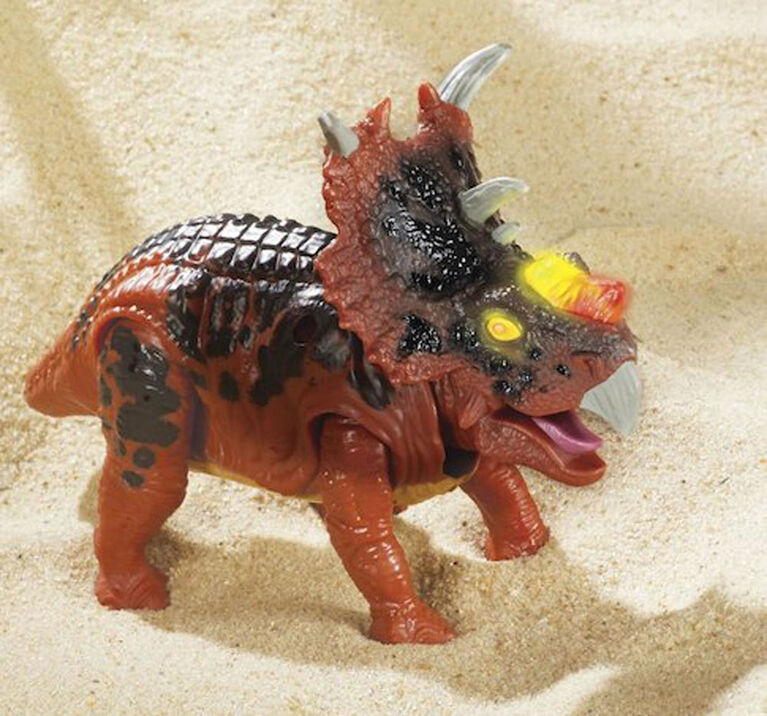 Pinch to zoom
R Exclusive, only available at Toys R Us Canada. This paleontologist is exploring uncharted lands to uncover fossils, but imagine his surprise as he also encounters real live dinosaurs that somehow survived extinction! Imagination abounds as kids let their creativity take over with this amazing playset from Animal Planet, a Toys’R’Us exclusive. The fierce Styracosaurus dinosaur figure features light and sound action, the search tower has a helicopter and helipad and the articulated paleontologist action figure tries to capture the amazing prehistoric predators on video. A variety of cool accessories completes the set.